To celebrate the Year of the Tiger, the building will shine red for its 22nd consecutive year

At 4:45 p.m. EST, the Empire State Building’s world-famous tower lights will be lit red in a virtual lighting ceremony to coincide with the New York City sunset. The ceremony will be available for playback on YouTube, Facebook, Weibo, and WeChat.

The building’s iconic Fifth Avenue Lobby windows this year feature a festive installation with artistic imagery and representations of this year’s animal – the tiger. Revered as heroic characters, tigers symbolize great strength amid adversity. The animal is depicted in an array of colors and art styles among diverse landscapes in a series of three scenes. The windows celebrate Chinese culture and history with images in florals, white, and gold. The festive display will remain in the lobby until Feb. 24.

More information about the Empire State Building and its tower lights can be found online. B-roll of the lighting and imagery of the windows can be found here.

About the Empire State Building
The Empire State Building, “The World’s Most Famous Building,” owned by Empire State Realty Trust, Inc. (ESRT: NYSE), soars 1,454 feet above Midtown Manhattan from base to antenna. The $165 million reimagination of the Empire State Building Observatory Experience creates an all-new experience with a dedicated guest entrance, an interactive museum with nine galleries, and a redesigned 102nd Floor Observatory with floor-to-ceiling windows. The journey to the world-famous 86th Floor Observatory, the only 360-degree, open-air observatory with views of New York and beyond, orients visitors for their entire New York City experience and covers everything from the building’s iconic history to its current place in pop-culture.  Learn more at www.esbnyc.com. Declared “America’s Favorite Building” by the American Institute of Architects, as well as the world’s most popular travel destination by Uber and the #1 New York City attraction by Lonely Planet, it welcomes more than 4 million annual visitors from around the world.

Since 2011, the building has been fully powered by renewable wind electricity, and its many floors primarily house a diverse array of office tenants such as LinkedIn and Shutterstock, as well as retail options like STATE Grill and Bar, Tacombi, and Starbucks. For more information and Observatory Experience tickets visit esbnyc.com or follow the building’s Facebook, Twitter, Instagram, Weibo, YouTube, or TikTok.

About Empire State Realty Trust
Empire State Realty Trust, Inc. (NYSE: ESRT) is a NYC-focused REIT that owns and manages a well-positioned property portfolio of office, retail and multifamily assets in Manhattan and the greater New York metropolitan area. Owner of the Empire State Building, the World’s Most Famous Building, ESRT also owns and operates its iconic, newly reimagined Observatory Experience. The company is a leader in healthy buildings, energy efficiency, and indoor environmental quality, and has the lowest greenhouse gas emissions per square foot of any publicly traded REIT portfolio in New York City. As of Dec. 31, 2021, ESRT’s portfolio is comprised of approximately 9.4 million rentable square feet of office space, 700,000 rentable square feet of retail space and 625 units across two multifamily properties. More information about Empire State Realty Trust can be found at esrtreit.com and by following ESRT on Facebook, Instagram, Twitter and LinkedIn. 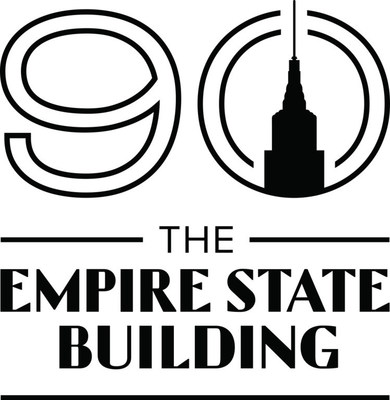