NEW YORK, June 10, 2019 /PRNewswire/ — The Empire State Building (ESB) today announces the launch of its annual photo contest, on June 17, 2019. Photographers of all levels from around the globe are encouraged to enter their original photos of the iconic landmark for a chance to gain international exposure and win a Grand Prize of $5,000 USD. In addition to the Grand Prize, ESB will also award one Runner Up Prize of $1,500 USD and choose up to 48 Finalists. 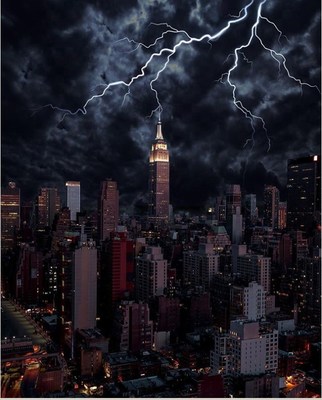 As one of the most photographed attractions in New York City, ESB is a global landmark and renowned must-see experience. It continues to inspire countless photographers to capture breathtaking photos every day. The brand-new entrance on 34th Street and upgraded guest experience provide visitors with even more recallable moments and ample opportunities for spectacular photos, such as the 25-foot architectural model of the Building.

To participate, ESB invites its fans to submit their photo entries of the Building’s exterior, interior or its impressive unobstructed 360-degree outdoor views online at www.esbphotocontest.com. Entries will be accepted from June 17, 2019, through September 6, 2019.

“This year’s contest expands to more countries than ever before,” said Jean-Yves Ghazi, Senior Vice President of ESB’s Observatory. “For the first time, we welcome photos by ESB fans from Australia, France, Germany, India, Japan, and South Korea, in addition to our prior participating fans from the United States, the United Kingdom, and Canada for a chance to showcase their best shot of our world famous landmark. We are excited to see ESB through the lenses of our international fans.”

Winners will be announced via the contest website and on ESB’s social media platforms in late September.

Entrants must be over the age of 18 and legal residents of the United States, the United Kingdom, Canada, China, France, Germany, Australia, South Korea, India, or Japan. For official contest rules and additional information about the photo contest, visit www.esbphotocontest.com.

Spyder Deepens Its Partnership With The U.S. Ski Team With Expanded Sponsorship Deal