The Agency for Cultural Affairs presents “CULTURE GATE to JAPAN“

OSAKA, Japan, March 24, 2021 /PRNewswire/ — On March 20, 2021, the Agency for Cultural Affairs will open an art exhibition at Kansai International Airport as part of a wider project entitled “CULTURE GATE to JAPAN“. Multimedia artworks by eight artists will be exhibited at the airports and online in order to promote the appeal of Japanese culture around the world. 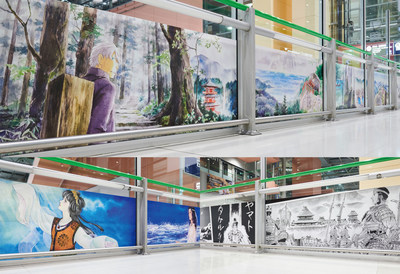 Event Outline
Since antiquity, the Kansai region of Japan has been a focal point of the country’s flourishing politics, commerce, and culture. Even today, remnants of these historical sites and traditions remain. The diverse lifestyles and cultures found within the region were largely shaped by the surrounding geography – it’s mountains, rivers, seas, and more. The jagged San-in coastline, created when the Japanese archipelago separated from mainland Asia millions of years ago, resulted in a number of natural harbors. Lake Biwa, the largest lake in Japan, supplied fresh water to the entire Hokuriku region. The islands of Awaji island and Tokushima are home to some of Japan’s oldest creation myths. And the historical areas of Ise and Nara in the Kii Peninsula, with is bizarre rock formations, virgin forests, and local craft culture, are the setting for some of the country’s most enduring legends. The natural geography and resources of each area greatly influenced the development of regional culture, each with their own unique distinctions.

For this exhibition, eight areas in and around the Kansai region have been reinterpreted as “eight roads” coexisting with nature. Eight manga artists with personal connections to each area have produced works depicting the nature, culture, and people of each of these “roads”.

She was born in Fukuoka Prefecture. After debuting in 1994 with “SWAYIN’ IN THE AIR” (“Ranmaru” published by Ohta Publishing Co.), she has been active in a wide range of genres, including comics on Boys’ Love (love relationships between young men), girls’ comics, and youth comics. Her manga are characterized by stories woven with a unique humor and sensitive psychological descriptions, and distinctive characters. She has earned a strong following from readers. Her outstanding works include “Kayo-chan no Nimotsu” (Takeshobo Co., Ltd.), “Ibara Ra Lullaby” (Kodansha Ltd.), “Nohara Nohara no” (Taiyotosho Co.), and “Ikuhyaku Seiso” (Ohta Publishing Co.). In 2006, “Family Restaurant” (Ohta Publishing Co.) was made into a movie. In 2020, she won the Excellence Award in the 23rd Japan Media Arts Festival Manga Division for her manga, “Ashita Shinuniha (If I Might Die Tomorrow)” (Ohta Publishing Co.).

She was born in Osaka Prefecture in 1948. In her second year of high school, she won the 1st Kodansha New Faces Award with “Portrait of Pia” and later became a professional manga artist. Many of her works deal with history. She completed “Celestial Rainbow”, which features Empress Jito as the main character, after 32 years. Her representative works include “Tomorrow Will Shine”, “Ladies of Aries”, “Aurora of the Ocean”, “Cypress Hill”, “Constellation of the Hunter”, and “Kojiki: Manga Koten Bungaku”. In 2006, she was awarded the Japanese Ministry of Culture and Science Achievement Certificate for Lifetime Works and Cultural Activities. She has won many other awards, such as the Commendation of the Commissioner of the Agency for Cultural Affairs (2010), the Kojiki Publishing Grand Prize’s Ono Yasumaro Award for “Kojiki: Manga Koten Bungaku” (2013), and the Japanese Foreign Minister’s Commendation (2014). In addition to being a manga artist, she is also involved in a range of activities related to popularizing manga and culture. These include being a professor at Osaka University of Arts, being the director of the Japan Cartoonists Association, and the representative of the NPO Asian Manga Summit Administering Authority Japan.

She was born in Yamaguchi Prefecture in 1974. Her manga series, “Mushishi” (Book title: “The Light of the Eyelid”) won the Grand Prix in the Afternoon Four Seasons Award in 1998 and debuted in commercial publications. “Mushishi” was turned into an anime in 2005 and a movie in 2007. Her works are distinguished by a nostalgic and in some respects painful world, and a lyrical style that doesn’t sway from mundanely and delicately depicting the inexplicable in that setting. “Mushishi” won the Excellence Award in the 7th Japan Media Arts Festival Manga Division and the 30th Kodansha Manga Award in the General Division. Her outstanding works include “Mushishi” (Kodansha Ltd.), “Suiiki” (Kodansha Ltd.), and “Neko ga Nishimukya” (Kodansha Ltd.).

He was born in Niigata Prefecture in 1968. In 1987, he debuted as a manga artist while in university in the then-titled weekly publication, “Comic Morning” with the manga, “Taisho Yaro”, which was awarded the Chiba Tetsuya Prize by Kodansha Ltd. To this day, he continues to consistently pursue portraying “the Japanese people”. His distinctive characters that possess a strong destiny and stories of highly original dramatic nature have garnered solid support that exceeds genres. His representative works include “Decathlon” (Shogakukan Inc.), “Dokyo-Boshi” (Shogakukan Inc. and Kodansha Ltd.), “Giant” (Kodansha Ltd.), and “Hyouge Mono” (Kodansha Ltd.). He won the Excellence Award in the 13th Japan Media Arts Festival Manga Division in 2009 and the Grand Prize in the 14th Tezuka Osamu Cultural Prize for his manga, “Hyouge Mono”. Currently, his serialized work “Bokyo Taro” (from 2019) is appearing in the weekly publication, “Morning”.

He was born in Hokkaido in 1947 and has worked as an animator since 1970. YASUHIKO was involved in works such as “Space Battleship Yamato” (1974), “Brave Raideen” (1976), and “Invincible Super Man Zambot 3” (1977). In “Mobile Suit Gundam” (1979), he played a central role in creating the animation, serving as the animation director and taking charge of character design. Later, he began working full-time as a manga artist from 1989. He has been involved in many projects with an historical theme, from works based on Japan’s ancient history and mythology to works based on Japan’s modern history. He won the Excellence Award in the 19th Japan Cartoonists Association Award for “Namuji”, and the Excellence Award in the 4th Japan Media Arts Festival Manga Division for “Oudo no Inu”. “Mobile Suit Gundam: The Origin” won the 43rd Seiun Award (Best Comic).

An artist and manga artist. He was born in Miyazaki Prefecture in 1967. YOKOYAMA graduated from the Department of Painting at Musashino Art University. He debuted in 2004 with the book, “New Engineering”. YOKOYAMA’s manga, called neo-manga, do not contain clear story development. Depictions of actions that are unfriendly and devoid of understood aims are carried out by several characters, and mysterious objects move and morph to express the pure passage of time. His representative works include “Travel”, “NIWA”, “Baby Boom“, and “World Map Room”. He is also an artist who has held many private exhibitions in Japan and abroad. His manga, “Baby Boom” earned a Jury Selection in the 14th Japan Media Arts Festival Manga Division.

About CULTURE GATE to JAPAN
Beginning in February of 2021, the Agency for Cultural Affairs, Government of Japan will launch an innovative cultural promotion project called “CULTURE GATE to JAPAN“.  Held at seven airports across Japan as well as the Tokyo International Cruise Terminal, artists and creators active in the field of Media Arts will exhibit artworks inspired by the unique culture of each area with the goal of communicating the broader appeal of Japanese culture.

The global effects of the novel coronavirus have made it difficult to meet new people and experience new cultures in person.  However, that should not interrupt the exchange of art, ideas, and culture. Through this project, we hope to continue providing people around the world with the same sense of wonder and joy felt when encountering a new culture.

The “CULTURE GATE to JAPAN” PR is managed by wondertrunk & co. Inc. 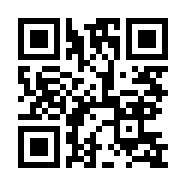 Adults with obesity treated with semaglutide 2.4 mg achieved and maintained a significant amount of weight loss in a 68-week trial