WASHINGTON, D.C., Oct. 23, 2019 /PRNewswire/ — To mark the six-month countdown to the 50th anniversary of Earth Day (April 22, 2020), Earth Day Network and partners issued major announcements on a worldwide press call this morning, including the launch of the global mobilization EARTHRISE. 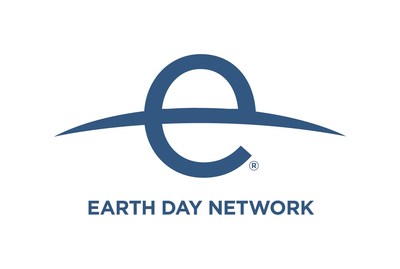 Earth Day campaigns are intended to activate at least a billion people worldwide around the 2020 theme for Earth Day, climate action.

The call featured some of the world’s leading voices for the planet across sectors, generations, and continents. The diverse set of speakers across science, activism, social justice, policy, indigenous rights and more were united in their shared call for bold global action on the 50th anniversary of Earth Day in 2020, a year that must be a check-in on global progress and an inflection point on our collective climate ambition. An audio recording of the press conference will be available later this week, and a video announcement from the Lorenzo Fioramonti, Italian Minister of Education, is available now. Additional statements of support for the 50th anniversary of Earth Day by high level officials from around the world are available here.

Among the announcements made on the October 22 press call was a statement from Hilda Heine, President of the Marshall Islands announcing April 22, 2020 as a date and deadline for countries submitting their next, far more ambitious, climate action plans under the Paris Climate Change Agreement.

“If humans are to stand even the slightest chance of meeting the 1.5 degree Paris climate target, 2020 must be the year of peak carbon.  The 50th anniversary of Earth Day must mark a true inflection point,” said Denis Hayes, organizer of the first Earth Day and board chair emeritus of Earth Day Network.

“I am thrilled to be partnering with the Earth Day Network for their upcoming 50th anniversary. No matter who you are or where you live, we can all be doing more.”

In 1970, 20 million individuals took to the streets to demand greater protections for the planet for the world’s first Earth Day. 50 years later, the world will do it again through EARTHRISE, an intergenerational global movement for climate action to mobilize individuals around the world. EARTHRISE will mobilize millions to act on Wednesday, April 22, 2020 for the 50th anniversary of Earth Day.

“The urgency has never been greater, and the stakes have never been higher,” says Kathleen Rogers, President of Earth Day Network. As Earth Day reaches its milestone 50th Anniversary in April 2020, nature and the environment face enormous challenges from loss of biodiversity, pollution, degradation of our ecosystems, and climate change. For many reasons, the 50th anniversary of Earth Day will mark a pivotal year for our planet, Rogers adds.

More information on the 50th Anniversary of Earth Day can be found at www.earthday.org/earthday/countdown-to-2020/ and earthrise2020.org.

Today the U.S. Postal Service also announced the first Earth Day stamp which will be issued around Earth Day 2020.

For more information or to schedule an interview please contact:
communications@earthday.org
202-355-8875