SEOUL, KOREA, Sept. 26, 2022 (GLOBE NEWSWIRE) — The third series of ‘DK Mobile’, the first on-chain game of ITSBLOC, Global Web 3.0 Gaming Platform based on Ethereum L2 Polygon is taking off with its Pre-Register. 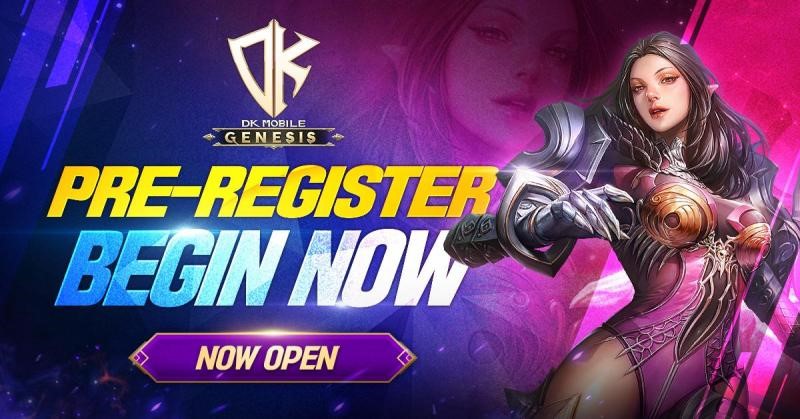 It was announced that pre-register for the global version of “DK Mobile: Genesis” were started from September 22 by Ntrance Corp.(Developer of DK Mobile) in line with its imminent release.

On September 19, ITSBLOC listed ITSB, its governance token, on the global cryptocurrency exchange Gate.io, and now the platform has been ready to launch as a full-fledged Web 3.0 gaming platform.

ITSBLOC has successfully closed a $7.5M global investment round in early September, laying the foundation for building the Web3 platform. And on the September 22, it was reported that ITSBLOC has been preparing such as partnered with Polygon Studio, the Gaming and NFT arm of Polygon.

‘DK Mobile: Genesis’, which started pre-register from September 22, is the first on-chain game on the ITSBLOC platform. It is a game equipped with a P2E system in ‘DK Mobile: The Origin’, which was released in August and gained popularity as the first free-to-play MMORPG in the Republic of Korea.

In addition to having no in-app purchases, DK Mobile’s unique P2E system, which includes a season system that emphasizes users’ Play rather than Mining, enables players to earn substantial rewards proportional to the amount of time spent in the game.

Ntrance explained, “It is possible to acquire game goods through such as *monster hunting *quest completion *PVP and etc. And the biggest feature is that the barrier to entry for users is extremely low in comparison to existing games because the goods gained can be directly converted into assets.”

Prior to the Global release, pre-register is available through the pre-registration page.

With this Global launch, Ntrance is aiming to aggressively grow its library of blockchain games.

A representative from ITSBLOC responded, “As the developer Ntrance exerted a tremendous amount of effort into releasing the first on-chain game, ‘DK Mobile: Genesis,’ ITSBLOC’s sense of mission regarding a global Web 3.0 gaming platform is immense. Most of all, DK Mobile’s in-game payment system, which accepts only its own token and no in-app payments, is anticipated to be a significant catalyst for the activation of the ITSB ecosystem. We will make every effort to become a global leader in the P2E market, beginning with our MMORPG masterpiece.”