NEW YORK, Dec. 6, 2019 /PRNewswire/ — The Republic of Djibouti has announced, in New York, that it is starting its official campaign for election as a non-permanent member of the United Nations Security Council. In June 2020, the 74th session of the United Nations General Assembly will have to elect five of the 10 non-permanent members of the Security Council for the period 2021-2022. One of these five seats is statutorily allocated to Africa and, according to the tradition of regional rotation adopted by the African Union, it is now East Africa’s turn to apply. 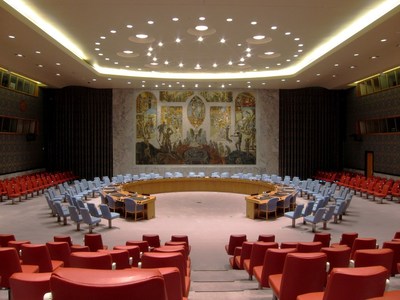 The Republic of Djibouti announced its intentions, determination and the quality of its candidacy at the end of 2016. The country has been resolutely involved in the crucial issue of conflict resolution and peace-building since its independence. Located in the heart of the Horn of Africa, a complex and strategic region, Djibouti has been able to implement a policy of openness and broad international cooperation, as demonstrated by the number of major friendly powers that have economic or military infrastructure on its territory.

The Republic of Djibouti is also actively engaged in combating terrorism and safeguarding maritime trade in the strategic Bab-el-Mandeb strait. Strongly involved in the fight against piracy and the protection of refugees, Djibouti also hosts a number of support structures on its territory. Besides participating in numerous peacekeeping missions under the UN flag, the country has been deeply involved in the dialogue and peace process in Somalia since the early 1990s, with the deployment of troops within AMISOM (African Union Mission in Somalia).

The Republic of Djibouti embodies a unique platform for dialogue, mediation, trade and peaceful conflict resolution. Through its candidacy, the country intends to bring its experience, commitment and African perspective on world affairs to the Security Council. This candidacy also embodies the need to take into account the contribution of small states to the decisions that will shape the future of the planet, in particular with regard to the issue of climate change.

Djibouti’s campaign enjoys the support of the Organization for Islamic Cooperation, the International Organization of la Francophonie and the Arab League. However, Djibouti firmly deplores and challenges the process within the African Union, which led to Kenya’s competitive nomination. This process took place in flagrant violation of the organization’s rules and traditions. These texts specify that in the event of multiple nominations or lack of consensus, States are ranked according to two principles: previous rotation and frequency. In both cases, Djibouti’s candidacy should have prevailed. Djibouti last served on the Security Council in 1993-1994 and Kenya in 1997-1998. In addition, Djibouti has served only one term in its entire history (1993-1994) and Kenya two terms (1977-1978 and 1997-1998).

Djibouti reiterates its unconditional commitment to African unity and to political and diplomatic cooperation among the nations of the continent. However, the democratically adopted rules between the States of the African Union must apply to all. For this reason, the country considers its candidacy to be legitimate and that of a united Africa. It therefore intends to defend and promote it until the vote in the United Nations General Assembly in June 2020.