ZUG, Switzerland, Sept. 13, 2022 /PRNewswire/ — PraSaga, a Swiss Foundation, today announced the release of its application framework as available-source code to its community of developers.  This framework demonstrates the power and scope of PraSaga’s recently approved patent operating system, SagaOS, by providing developers with the opportunity to experience practical usage of PraSaga’s coding language, SagaPython. This takes the foundation another step closer in delivering a limitless global blockchain infrastructure that will benefit users across the globe. 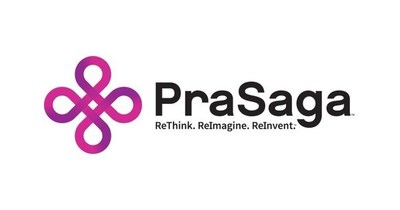 A leap forward for the blockchain

The release of PraSaga’s SagaOS application framework code is another move towards a fully decentralised autonomous organisation (DAO) with open-source code. Using the available-source code, developers will be able to create applications, projects, and platforms for SagaOS.

Until now, the blockchain has been difficult to access, and use-cases have been limited. This release opens the floor for developers to start experimenting and creating for industries as diverse as supply chain, human resources and tourism and real-world real estate. The possibilities are truly endless.

The opportunity to begin creating and submitting products is open to anyone interested. PraSaga will be curating submissions to ensure efficiency of the SagaOS ecosystem’s growth, with use of the available-source code limited to SagaChain-related products. As the alpha release is still in its testing phase, any products created will not yet be running on the SagaChain. Once PraSaga releases its testnet, developers will be able to bring their creations onto the blockchain to help them realise their full potential.

PraSaga has endeavoured to make its tech as accessible as possible in pursuit of its ultimate goal of improving the quality of life for people around the world. A key part of this has been to create and release SagaPython, a dialect of the popular coding language Python. The release of PraSaga’s application framework as available-source code will help developers understand the slight variations that exist between standard Python and SagaPython’s syntax and provide a proven approach to application development on blockchain.

This release will create accessible entry into the blockchain for millions of people around the world, revolutionising how the blockchain is conceptualised. 84% of developers globally use Python as their main language. With this release, they will be able to almost get to grips instantly with SagaPython and start creating using the SagaOS.

An opportunity to build without limitations

PraSaga will be publishing specific areas that developers can contribute to via Discord and GitLab. However, the foundation is encouraging developers to use this available-source release to explore and discover SagaOS’ potentially infinite use cases.

Michael Holdmann, CEO and Founder of PraSaga, “We began PraSaga with a vision of what we believed would be possible. But even now we’re constantly realising there are new uses for our tech that can revolutionise the way people understand and use blockchain. For any developer looking for a challenge, the release of this available-source code is a momentous occasion. The SagaOS application framework offers developers a sandbox in which they can unleash their imaginations. This is a rare opportunity to be a true pioneer through the creation of completely new blockchain-based technical infrastructure using a unique operating system.”

The development team at VMO who have been an early adopter of SagaPython said, “This will be a gamechanger for the way we view and create on blockchain. The syntax is quite similar to Python, so if you have experience with Python, the learning curve for adoption should be fairly fast. But for all others, PraSaga has gone above and beyond with the documentation they have provided to also help clarify any issues with syntax for new developers.”

About PraSaga
PraSaga is a Swiss Foundation building the next generation of Layer One blockchain. PraSaga’s technology solution solves many of the limitations that plague first-generation Layer One blockchains. The SagaChain™ successfully addresses lowering transaction fees, extensibility for supply chains, and significantly lowers development costs.