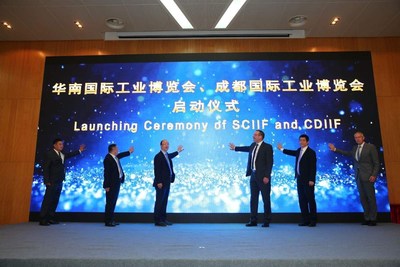 Deutsche Messe AG is one of the top five exhibition companies in Germany and one of the top ten in the world, with core business to hold leading international trade fairs in Hannover, Germany and its selected countries. With advanced exhibition ideas and extensive experience, Deutsche Messe AG has great appeal to exhibitors and visitors. Founded in 1947, the company owns the largest exhibition venue in the world — Hannover Exhibition Center with a total area of 1 million square meters.

Since 2006, Deutsche Messe AG and Donghao Lansheng Group have cooperated to co-organize shows under CIIF.