Desmond Tutu Announces the Winners of the International Children’s Peace Prize 2019: Greta Thunberg (16) From Sweden and Divina Maloum (14) From Cameroon 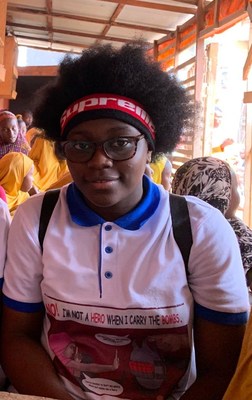 From an impressive 137 applicants from 56 countries, the KidsRights’ Expert Committee selected Divina from Cameroon and Greta from Sweden as winners. The International Children’s Peace Prize will be awarded on November 20th, on Universal Children’s Day in The Hague. The very special award ceremony, will also celebrate the fifteenth anniversary of the International Children’s Peace Prize which became a global phenomenon and reached 1.2 billion people last year.

Archbishop Tutu, who has been the patron of the International Children’s Peace Prize and KidsRights for more than a decade, said in a personal message to the winners: “I am in awe of you. Your powerful message is amplified by your youthful energy and unshakable belief that children can, no must, improve their own futures. You are true change-makers who have demonstrated most powerfully that children can move the world.”

“The impact of both Greta and Divina for the future of many children is unmistakable, they are the rightful winners of the International Children’s Peace Prize 2019,” said Marc Dullaert, Founder of KidsRights and chairman of the Expert Committee.

Divina Maloum (14 years old, Cameroon, theme: Peace). Since 2014, Cameroon has experienced terrorist attacks. When Divina visited the north of the country, she was horrified to see that children were the biggest victims of these terrorist attacks. She realized that many children do not know their rights, and so she created Children for Peace (C4P) to warn them about enrolment in armed groups and to reinforce the participation of children in peace-building and sustainable development. C4P is now a network of 100 children across the ten regions of Cameroon. She empowers them to be changemakers and to take part in peace initiatives in their communities. She has organized an inter-community children’s peace camp, established peace clubs in mosques, and together with other children, made a children’s declaration against violent extremism. Divina has big plans for the future and will not stop advocating for the right of children to live in peace.

Greta Thunberg (16 years old, Sweden, theme: environment) is a climate activist and a role model for international student climate activism. At the age of eight, when she first learned about climate change, she was shocked that adults did not appear to take the issue seriously. She could not understand why adults were not taking action against the climate crisis. Greta became depressed. She didn’t eat, go to school or speak for months. It was vital for Greta to take measures in her own life; she refrains from flying, eats no meat or dairy and she has a shop stop, meaning that she doesn’t buy new things. On August 20th 2018 Greta decided that it was time for her to take her efforts to the next level and speak out. She wanted more people to be aware and take action. Inspired by the 2018 International Children’s Peace Prize winners March for Our Lives, she sat down in front of Sweden’s parliament with a self-made banner skolstrejk för klimatet (school strike for climate). 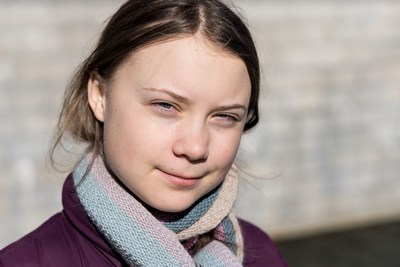 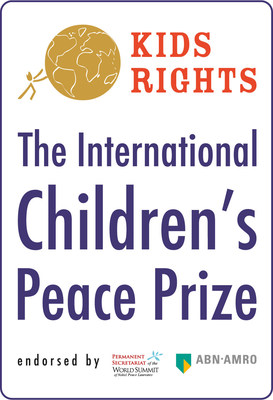