REYKJAVIK, Iceland, June 18, 2021 /PRNewswire/ — Scientists from deCODE genetics have developed a predictor based on protein measurements in blood samples that predicts  the time to all-cause  death better than traditional risk factors. 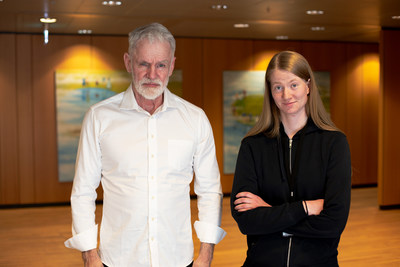 In a paper published today in Communications Biology, scientists from deCODE genetics, a subsidiary of Amgen, describe how they developed  predictor of how much is left of the life of a person.

Using a dataset of ~5000 protein measurements in 22,913 Icelanders, of whom 7,061 died during the study period, the scientists developed a  predictor of the time to death that can outperform  predictors based on multiple known  risk factors. The predictor can identify the 5% at highest risk in a group of 60-80 year olds, where 88% died within ten years and the 5% at lowest risk where only 1% died within ten years.

The scientists explored how individual proteins associate with mortality and various causes of death and found most causes of death to have similar protein profiles. In particular, they found growth/differentiation factor 15 (GDF15), which has been associated with mortality and ageing before, to be an important predictor of all-cause mortality. Furthermore, they found that, on average, participants predicted at high risk of death within a short period of time had less grip strength and performed worse on an exercise tolerance test and a test of cognitive function than those predicted at lower risk.

“The predictor gives a good estimate of general health from a single blood draw,” says Thjodbjorg Eiriksdottir scientist at deCODE genetics and author on the paper.

“This is pretty cool but also scary and hopefully somewhat useful”, says  Kari Stefansson a senior author on the paper . “This shows that our general health is reflected in the plasma proteome. Using just one blood sample per person you can easily compare large groups in a standardized way, for example, to estimate treatment effects in clinical trials.”

Based in Reykjavik, Iceland, deCODE is a global leader in analyzing and understanding the human genome. Using its unique expertise in human genetics combined with growing expertise in transcriptomics and population proteomics and vast amount of phenotypic data, deCODE has discovered risk factors for dozens of common diseases and provided key insights into their pathogenesis. The purpose of understanding the genetics of disease is to use that information to create new means of diagnosing, treating and preventing disease. deCODE is a wholly-owned subsidiary of Amgen (NASDAQ: AMGN).