AMSTERDAM, Oct. 31, 2019 /PRNewswire/ — From 1 January 2020, he will replace Isidoro Unda who has announced his departure after 12 years as the insurance company’s Chief Executive Officer. 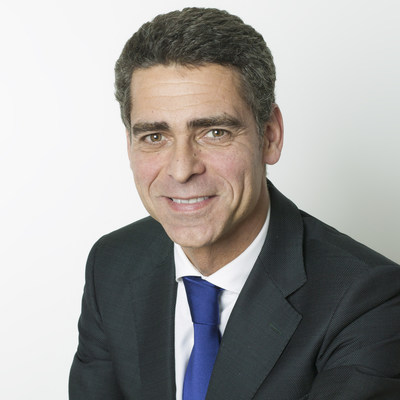 At its meeting on 31 October 2019, the Board of Directors of Grupo Catalana Occidente and the Supervisory Board of Atradius N.V. approved the appointment of David Capdevila as the new Chief Executive Officer (CEO) of Atradius. Capdevila succeeds Isidoro Unda, who has announced his departure after 12 years as the credit insurer’s CEO. These changes will take effect from 1 January 2020.

The Chairman of Grupo Catalana Occidente, José María Serra, thanked Isidoro Unda for his dedication throughout his career within the insurance group and particularly highlighted his role “in the development and consolidation of Atradius as the leading company in international credit insurance.”

Career of the new CEO

José María Serra also praised the commitment of David Capdevila. “I am convinced that the appointment of David as the CEO of Atradius will boost the positioning of Atradius as a global credit insurer,” he said.

Atradius is a global provider of credit insurance, bond and surety, collections and information services, with a strategic presence in over 50 countries. The products offered by Atradius protect companies around the world against the default risks associated with selling goods and services on credit. Atradius is a member of Grupo Catalana Occidente (GCO.MC), one of the largest insurers in Spain and one of the largest credit insurers in the world.

You can find more information online at https://group.atradius.com.

Viamedici Applauded by Frost & Sullivan for Its Digitalization Platform, with EPIM4 and the Smart Product Configuration Software Suite