CHINA Season 2: A Retrospective of International Friends in Chinese History, Unfolding Chinese Stories in a Historical and Cultural Documentary

CHANGSHA, China, March 14, 2022 /PRNewswire/ — Major historical and humanities documentary – CHINA – by Mango TV and Hunan TV, is wrapping up its second season on March 15. This season unfolded numerous Chinese stories, including journeys of well-known international friends who have contributed to cultural exchanges between China and their home countries.

Renowned historical foreigners featured in the documentary include Italian Jesuit missionary Matteo Ricci who visited China in the late Ming dynasty, Flemish missionary Ferdinand Verbiest who arrived in China during Emperor Kangxi’s reign in the Qing dynasty, and Halliday Macartney, a military surgeon and later a diplomat who came to China during Emperor Qianlong’s reign also in the Qing dynasty. 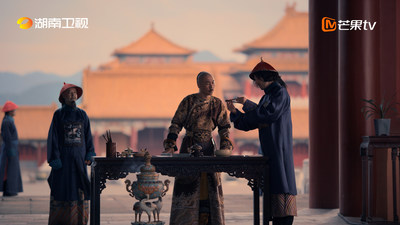 Season two of CHINA takes a historical perspective through the narration and presents the stories of key figures in the humanistic and historical development of China through scene interpretations, showing prosperous scenes such as the peak of Chinese poetry in the Tang dynasty, the aesthetics prosperity of the Song dynasty and the thriving Yuanqu art form in the Yuan Dynasty, while uncovering the true emotions of the characters.

The documentary elaborates the cultural context through a global vision to create a Chinese prologue that’s parallel to world history – Matteo Ricci, the Italian missionary, bridged the cultural gap between China and the West after he learned the Chinese language and culture; the seven voyages of Zheng He to the West were brave explorations of the world by a Chinese adventurer; Xu Guangqi, who translated Euclid’s The Elements of Geometry with Ricci, introduced the natural science system to China that more closely connected China with the world. 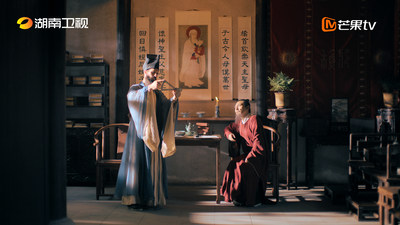 Since ancient times, cultural exchange between China and the world was frequently promoted and in dealing with different civilizations, China has always emphasized studying, digesting, integrating and innovating, reflecting China’s passionate, friendly and peace-loving attitude. History shows that only through communication and mutual learning can a civilization be full of life and vitality. This documentary was produced with the principle of openness and inclusiveness of different cultures and hopes to tell historical stories and showcase Chinese culture through innovative storytelling techniques and an emotional touch.

Bridgestone to Suspend Manufacturing Activities in and Export to Russia