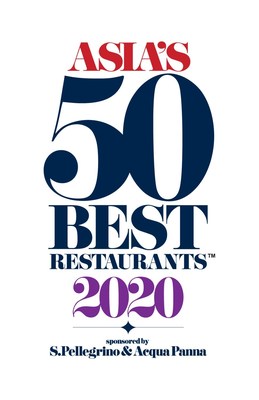 Voted for by the 300-plus members of the Asia’s 50 Best Restaurants Academy, the award honours culinary icons who have made an outstanding contribution to the restaurant industry. Chef Murata will be presented with the American Express Icon Award in Takeo, Saga Prefecture, on Tuesday 24th March during the eighth annual Asia’s 50 Best Restaurants awards ceremony, sponsored by S.Pellegrino & Acqua Panna.

Considered the master of Japanese kaiseki, Yoshihiro Murata is the third-generation owner and chef of Kikunoi, the highly revered ryotei in Kyoto. Murata reinforced his reputation when he opened Roan Kikunoi (also in Kyoto) and Akasaka Kikunoi (Tokyo).

Throughout his career, Murata has dedicated himself to educating diners on Japanese culinary traditions and nurturing the next generation of Japanese chefs. In 2004, he founded the non-profit Japanese Culinary Academy to facilitate educational programs and cross-cultural exchanges between Japanese and Western chefs. Murata has also authored definitive guides to his national cuisine, including Kaiseki: The Exquisite Cuisine of Kyoto’s Kikunoi Restaurant (2006).

Accepting the honour, Murata said: “I am grateful that the members of the Asia’s 50 Best Restaurants Academy appreciate my work. I hope I can inspire younger Japanese chefs to explore the diversity of locally grown ingredients and educate others on authentic Japanese cuisine.”

William Drew, Director of Content for Asia’s 50 Best Restaurants, said: “Yoshihiro Murata has earned the respect of the world’s most celebrated chefs. This year, the Asia’s 50 Best Restaurants awards ceremony will be hosted in Saga Prefecture and we are thrilled that one of Japan’s most distinguished chefs will be celebrated at the event with this prestigious award.”

“Chef Yoshihiro Murata has beautifully paid tribute to the traditions of Japanese cuisine, while also innovating and expanding upon it globally for generations to come,” said Seiji Kiyohara, President of Consumer Services for Asia, American Express. “We are so pleased to honour Chef Murata with this year’s American Express Icon Award”.

The American Express Icon Award was introduced to the Asia’s 50 Best Restaurants awards programme in 2019, when Chef Seiji Yamamoto of Nihonryori RyuGin in Tokyo was named the inaugural winner. 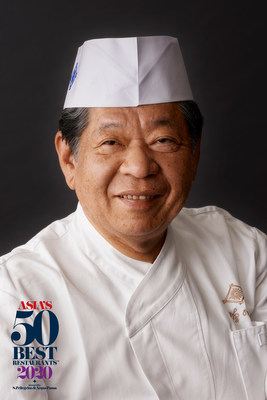