BEIJING, July 27, 2021 /PRNewswire/ — CGTN Think Tank has released a global online opinion poll, in which 80 percent of respondents believe that the issue of tracing of the origins of COVID-19 has been politicized. 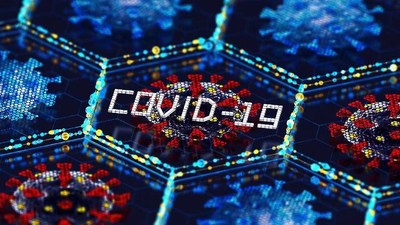 The survey is available in several UN official languages, i.e. Chinese, English, Russian, French, Spanish and Arabic, and it was conducted from the early hours of July 24, Beijing time. As of 10 p.m., July 25, among netizens who participated in the survey:

On average, 83 percent of English-speaking, Spanish-speaking, French-speaking, Arabic-speaking and Russian-speaking netizens agreed the origin of COVID-19 has been politicized.

As many as 95 percent of survey respondents believe “the issue on the origin of COVID-19 has been politicized,” showing a high degree of consensus.

The second of the three questions in the CGTN Think Tank’s online poll is, “Do you support investigations into the origins of COVID-19 in multiple countries?”

The results of the survey show that 83 percent of the English, Spanish, French, Arabic, and Russian-speaking respondents on Twitter support origin-tracing investigations in multiple countries. The favorability rate on Facebook was 79 percent, while the rate on Chinese Weibo was as high as 93 percent.

In response to the question from CGTN Think Tank, “What is the most pressing task to combat COVID-19 on a global scale?”, a large number of global respondents chose the option of expanding vaccine supply, intensifying medical treatment and imposing a lockdown on the outbreak area among the five options available, namely expanding vaccine supply, intensifying medical treatment, immediately origin-tracing the virus, imposing a lockdown on the outbreak area, and lifting travel ban. They left aside the option of immediately origin-tracing the virus with a high degree of unanimity. On Twitter, only about 17 percent of respondents agreed with immediately origin-tracing the virus, while on Facebook, only 2 percent of Spanish-speaking respondents selected this option.