CGTN: Beyond the Mountains: Life in Xinjiang

BEIJING, April 17, 2021 /PRNewswire/ — Tianshan Mountains, stretching for thousands of miles across China’s northwestern frontier, divides the Xinjiang Uygur Autonomous Region in half – the relatively affluent north and the less developed south. For some time, people in the south with a bigger ethnic minority population didn’t understand the rapid development in the north while those in the north lacked accurate views of the south, let alone people from outside the region.

After decades of development and interaction, people from both sides of the mountains became acquainted with each other. Mountains are physical boundaries that can be crossed, but "a dose of prejudice comes from the mountains in our mind that prevent us from seeing the truth," according to Han Bin, director of the documentary "Beyond the Mountains: Life in Xinjiang."

Terrorist attacks that have plagued the region for almost three decades left people in and outside the region in shock and panic. A number of people from other provinces and regions of China unwittingly looked at Uygurs with tainted spectacles, noted Chen Ruijun, a construction firm official who went to support Xinjiang’s development in 2008 and 2009 when extremist riots were rampant in the region. The fear and accompanying preconception have gradually subdued with greater understanding and faster development.

In recent years, a fair portion of Western media coverage regarding China have painted a negative picture due to lack of information as well as lack of trust. Xinjiang, home to over 12 million Uygurs, has experienced a larger share of the stigma and distortion. Foreign reporting on Xinjiang has predominantly centered around allegations of so-called "human rights abuses by the Chinese government."

As such, the real Xinjiang is drowned in endless outrageous and sensational headlines about "detention camps" and "forced labor" in textile, tomato production, and even solar power sectors, to name just a few. Such rhetoric, imbued with prejudice and presumption, amounts to an insurmountable mountain in the minds of many people.

"Beyond the Mountains: Life in Xinjiang," the 80-minute documentary, is told through a collection of individual stories that, together, chronicle the process of change in the region. It’s also about breaking stereotypes and clearing up misconceptions for people in and outside the region.

The film features the magnificent landscape of this vast land, as well as the modern-day life of its people from different ethnic groups. It contains four parts: "Changing times," "Following the money," "New generations" and "Man and nature," presenting multiple facets of today’s Xinjiang and its people.

Sabyt Abukhadir lives in north Xinjiang’s Zhaosu County where generations depend on the lush, rolling highland meadows for a living. His grandson Erjanat Nurkidir is majoring in dance at Ili Normal University. The two had a fight as Sabyt believed dancing was only for girls. The wrangle didn’t end until Sabyt watched Erjanat dancing on the stage. "My kid was so good that it made me cry," he said.

In south Xinjiang, such a change in mentality is much harder. Many women in the four prefectures of south Xinjiang have never left home. "Women who leave home to work won’t find a husband," according to the traditional thinking there.

But Zileyhan Eysa, a farmer from Kuqa County of Aksu, decided to leave for the north to work in a textile factory in hopes of earning money so that her seriously ill mother could get proper treatment. "If I didn’t come here, Mom would already be dead," she said.

Besides the stories that depicts Xinjiang’s changes where young people exert immense passion to bring a change in the thinking, the documentary also tells stories of people who work to protect the land that they love. Yang Zongzong has a very "peculiar" hobby – finding and cataloguing every species of plants. "To me, it is the appreciation of the beauty in the most ordinary," he said. So far, he’s gathered 10,000 to 20,000 specimens, studying their morphology, genetics and environmental signature. Plant growth is mostly affected by the environment, so any shift in climate recorded by their growth is indicative of changes in climate change and natural conditions.

These stories of dedication and breaking with tradition isn’t so much disregard for the past as much as looking toward a more progressive future. 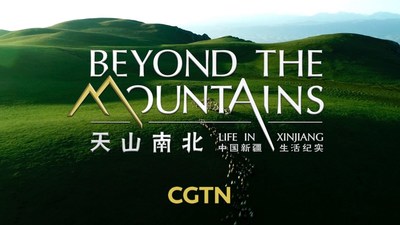