CEO of C Media, Arham Muhammad was dissecting electronics at the age of 7, learned cybersecurity at 13, and started his own 9-figure international digital advertising company at only 20. 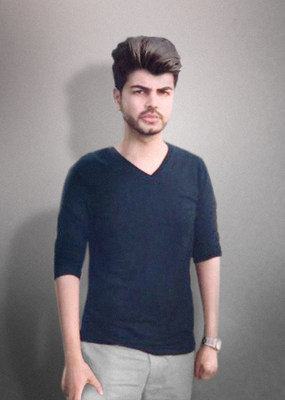 The growth of C Media can be primarily contributed to the fact the its CEO Arham Muhammad has been captivated by electronics, cyber-security, cyber forensics, reverse engineering and AI from the early days of his growth.

Arham Muhammad says, “I remember disassembling electronics. Discovering the inner working of a particular device was a great pastime.” “Then, between 12 and 15, I became increasingly interested in cybersecurity, cyber forensics, and reverse engineering.”

They tested weaknesses in websites of some of the largest companies, such as Microsoft, Sony, and EA, to name a few.

C Media was created when Arham was only 20, and focused on digital advertising and reach, which were on the rise in 2012. C Media’s revenue generating model was based on working with celebrities and public figures to help them grow and diversify their reach. With a science background from his unfinished schooling, Arham had no sales experience or knowledge of the industry at the time. This luckily did not let this discourage him. Arham started off C Media by sending out cold emails and making cold calls to find clients for his new business. “I learned that you don’t have to be skilled at everything, just willing to put in hard work,” said Arham. “You need real courage to surmount challenges, and when you have nothing to lose, courage is all you really have.”

This resilience brought C Media enough financial success, as the business began netting $20k – $30k daily. When revenue came in over $100k a day, C Media and Arham Muhammad could have slowed down, but knowing that C Media as a business had more potential, they kept going. Continued scaling and growth ensured C Media turned into an international digital advertising dynamo with a 9-figure revenue, and some of the biggest A-list celebrities and public figures as clients.

“I never thought I would be a multi-millionaire by the age of 24, which I’m still proud of today,” noted Arham.

By 2016, he had built up not only C Media but many other ventures too. While they were not all successful, C Media continued to grow, learning from them and even enjoying the failures, “… though that might sound cliché,” commented Arham.

Currently, C Media has branched out into automating the direct-response advertising aspect of his businesses, as well as the planning and development of new automation tools and artificial intelligence, which Arham Muhammad believes is the next ground-breaking development in the digital industry. These new automation and AI tools will be released in the near future to other budding advertisers and marketing gurus.  “Advertisers are faced daily with redundant activities that can greatly be reduced with AI and automation so that they can focus more on what matters. Getting those sales in and reaching their target market,” said Arham.

“I was just a nobody from Pakistan, completely broke at one point in my life and stuck in a cycle of despair and destitution, but as the saying goes, the harder you work the luckier you get,” finished Arham. Coming from 20- to 22-hour working days to 9-figure monthly revenue, his work ethic has been the driving force to C Media’s success.

To learn more about C Media and upcoming disruptive AI and automation tools for your advertising business, visit https://www.linkedin.com/in/arham-muhammad/