BEIJING, July 8, 2022 /PRNewswire/ — “The Wanshou Palace carries the nostalgia of Jiangxi people for centuries.” Wanshou Palace Historical Culture Block in Nanchang, built on the former site of Tiezhu Wanshou Palace, is positioned as the No.1 Gan-Po culture block (Gan-Po, the abbreviation of the Ganjiang River and the Poyang Lake, represents Jiangxi Province). As one of the 10 key cultural projects of Nanchang, this block retains the features of local residential dwellings to the greatest extent, showcases the brilliant Jiangyou Culture, and reproduces the charm of centuries-old Jiangxi, offering another cultural landmark for the province to be better known. 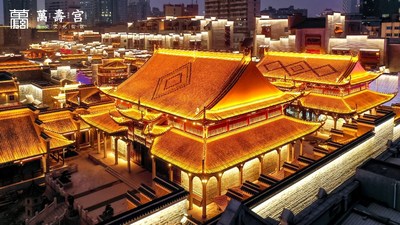