NEW DELHI and MUMBAI, India, Oct. 1, 2021 /PRNewswire/ — “About 80-100 Central Banks around the world, including G20 nations, are exploring the Central Bank Digital Currency (CBDC) and are in some sort of pilot or testing stages,” Tobias Adrian, Financial Counsellor and Director Monetary and Capital Markets Department, International Monetary Fund said at the Global FinTech Fest. The three-day Fest, which concluded on 30 September, was attended by over 26,000 delegates from 121 countries. Policymakers, technocrats, investors, founders, economists, bankers, participated in the Fest. The event was organised by National Payments Council of India (NPCI) and Fintech Convergence Councill (FCC) and Payments Council of India (PCI) of Internet and Mobile Association of India (IAMAI). 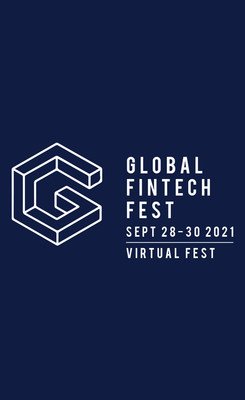 “CBDCs are designed to be very stable, stable in value, low transaction cost and backed by the Central Bank for added consumer confidence, very different from bitcoins which fluctuate in value and are more like an investment asset,” Tobias Adrian said.

Central Banks around the world are rushing in to think about CBDCs as it is very appealing for Central Banks to go along with technological progress. Also, there could be a lot of innovations in Central Banks issued digital currencies, especially across payments, lending platforms.

Meanwhile, he warned that cybersecurity could be a major challenge for CBDCs. “You need to make sure that the system is resilient against cyberattacks.” It’s not the technology alone but the intersection of technology and human. Secondly, CBDCs might undermine existing banks so banks need to upgrade their technologies to compete. Finally, cellphones, not all today have cellphones for transacting CBDCs.

On expensive cross-border payments, Adrian envisioned that cross-border transfers would be a lot cheaper for small amount of payments. There are some wallet exchanges available that allow one to convert US dollar into rupee stable coin, with an implicit fee that is cheaper. However, there are a lot of discussions going on between Central Banks of various countries to make the cross-border payments cheaper.

Vicky and Rashmika change the narrative in the Tinder Era