TOKYO, Aug. 18, 2021 /PRNewswire/ — Casio Computer Co., Ltd. announced today the release of the GM-110RH, a new addition to the G-SHOCK brand of shock-resistant watches. The GM-110RH is the second signature model designed in collaboration with NBA pro Rui Hachimura. 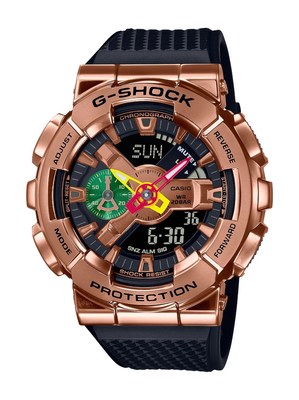 Hachimura is the first Japanese national ever to be taken in the first round of the NBA draft (2019). This season, Hachimura continues to be a centerpiece of his team, and his impact is expected to grow in the future. Casio signed a global partnership agreement with Hachimura in November 2019 to support him in tackling the tough challenges that lie ahead.

The new GM-110RH is a signature model designed in collaboration with Hachimura, who has been a G-SHOCK fan since he was in school. The GM-110RH is based on the GM-110, which features a metal bezel and a stylish design. The watch face and band loop on the GM-110RH feature yellow, red, and green accents inspired by the colors of the national flag of Benin, Hachimura’s ancestral home. The yellow hour hand, red minute hand, green inset dial, and Y-shaped bridge are laid out for optimum visibility.

The new watch not only comes with a basic black urethane band, but also a urethane band with a West African kente-cloth motif inspired by the traditional clothing of the region — and it is easy to switch between them. Hachimura’s signature “Black Samurai” logo is engraved on the back plate, band loop and special packaging. The symbol (hachi in Japanese, meaning “eight”) represents both his name and jersey number.

Hachimura had this to say about the new model: “The watch draws inspiration from my roots in Benin and Africa, which are very important to me. The band design and watch face evoke elements of Beninese culture and I am delighted at how Casio brought my ideas to life.” 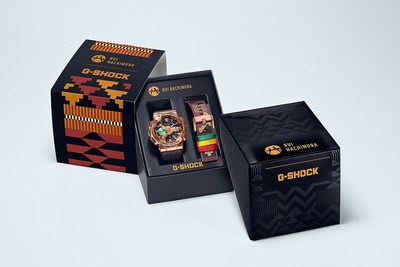 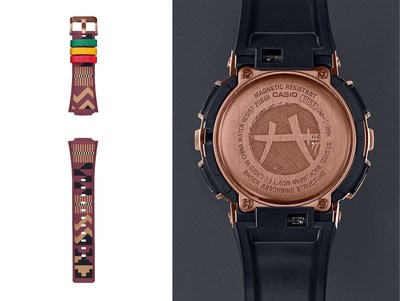