GUANGZHOU, China, July 29, 2019 /PRNewswire/ — As the China Import and Export Fair (“Canton Fair”) prepares for its 126th session in October, China’s General Administration of Customs (GAC) has released figures from the first half of 2019 that showcase robust trade activity, reflecting the stable state of the national economy and transaction trends across the same period. 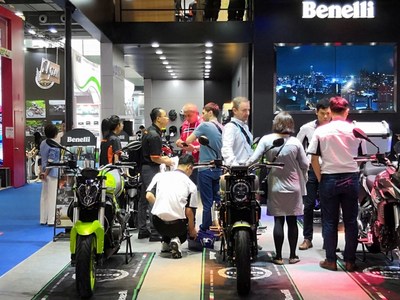 While the total value of China’s foreign trade increased by 3.9% to reach RMB 14.67 trillion in the first half of 2019, exports increased by 6.1% to hit RMB 7.95 trillion. Exports of high-tech and high value-added products led the way, most notably thanks to a 91.9% increase in electric vehicle exports, a 57.1% increase in solar cell exports, and a nearly two-fold increase in wind turbine exports. These three categories of products will also be featured prominently at the 126th Canton Fair.

“Although China’s economic growth is facing certain difficulties and challenges, the country’s overall economic outlook is stable, and long-term trends have not changed,” said Li Kuiwen, GAC spokesperson and director of the GAC Department of Statistical Analysis. “China’s resilience, potential, and fundamentals remain as strong as ever.”

As environmentalism surges around the world, China has seen its export of electric bicycles skyrocket as global consumers seek greener forms of transportation. While the industry is relatively competitive with high level of market orientation and low market concentration, electronic bicycle manufacturers have gradually developed when it comes to scaling, profitability, competitiveness, and influence, creating a market vibrant with segments. The 126th Canton Fair will include two electric bicycle zones showcasing bicycles, accessories, and supplies. Brand exhibitors will consist of the scooter startup Ninebot Inc., creator of the Ninebot, Windrunner, and Ninebot One series.

With the Intelligent Manufacturing in China initiative expands on the international stage, more Chinese manufacturers are showcasing the open philosophy encapsulated by their products. Chinese brands are set to unveil even more innovative products at the 126th Canton Fair. To take part, follow the link below to sign-up.