As COO, Mayer will serve as Chief Executive Officer of TikTok

Will report to Yiming Zhang, ByteDance’s Founder and CEO

Brings over 25 years experience, most recently as Disney’s Chairman of Direct-to-Consumer & International

LOS ANGELES, May 18, 2020 /PRNewswire/ — ByteDance Ltd. announced today it has named Kevin Mayer Chief Operating Officer (COO) of ByteDance, effective June 1. Kevin will report directly to ByteDance Founder and Chief Executive Officer (CEO) Yiming Zhang, and will be charged with driving the global development of ByteDance, as well as overseeing corporate functions including corporate development, sales, marketing, public affairs, security, moderation, and legal. In his role as COO, Kevin will lead music, gaming, Helo, emerging businesses, and will serve as CEO of TikTok, leading the rapidly growing platform as it continues to build its global community of creators, users, and brands. 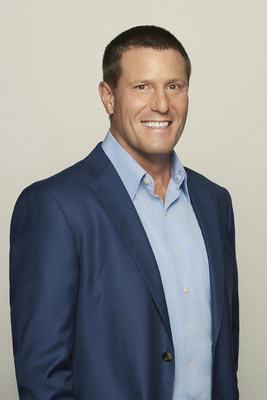 Commenting on the hire, Yiming said, “Kevin’s wealth of experience building successful global businesses makes him an outstanding fit for our mission of inspiring creativity for users globally. As one of the world’s most accomplished entertainment executives, Kevin is incredibly well placed to take ByteDance’s portfolio of products to the next level. I look forward to working very closely with Kevin on our global development and the next chapter of the ByteDance story.”

Kevin joins the company following a long and successful career at Disney (NYSE: DIS), most recently as Chairman of Direct-to-Consumer & International. As a key part of his role there, he oversaw the development and successful rollout of Disney+, the company’s flagship streaming service. Additionally, Kevin led the company’s other direct-to-consumer businesses, including Hulu, ESPN+, and Hotstar, as well as overseeing Disney’s international operations, global ad sales, and global content sales.

Kevin said, “I’m thrilled to have the opportunity to join the amazing team at ByteDance. Like everyone else, I’ve been impressed watching the company build something incredibly rare in TikTok – a creative, positive online global community – and I’m excited to help lead the next phase of ByteDance’s journey as the company continues to expand its breadth of products across every region of the world. On a personal note, I’m thankful to the entire Disney team for the tremendous accomplishments we achieved together. I’m especially grateful to Bob Iger for his visionary leadership and mentorship over many years, and to Bob Chapek whom I greatly admire. As I begin a new chapter, I’m humbled by the trust Yiming and the Board have placed in me as we move forward with a shared vision of how to scale ByteDance’s growth.”

Alex Zhu, the current President of TikTok, will transition to ByteDance VP of Product & Strategy, where he will focus on his primary passion overseeing strategy and product design.

Kelly Zhang and Lidong Zhang will continue to lead the China business as CEO and Chairman of ByteDance China, respectively, reporting to Yiming Zhang, as ByteDance’s global CEO. They manage a range of products, including Douyin, Toutiao, and Xigua, in addition to their duties leading the business and operational teams in China.

As part of its commitment to rooting its operations in the local markets it serves, TikTok’s national and regional leaders will remain in their roles with their current responsibilities, reporting in to Kevin, who will be responsible for the global business.

Founded in 2012, ByteDance’s mission is to inspire creativity and enrich life. With a suite of more than a dozen products, including TikTok, Helo, and Resso, as well as platforms specific to the China market, including Toutiao, Douyin, and Xigua, ByteDance has made it easier and more fun for people to connect with, consume, and create content. ByteDance’s investors include Coatue, General Atlantic, KKR, Sequoia Capital, SIG, and Softbank.