Better together: the 10th Anniversary of SANY’s Acquisition of Putzmeister

CHANGSHA, China, June 20, 2022 /PRNewswire/ — The year 2022 marks the 10th anniversary of SANY’s acquisition of Putzmeister. Back in 2012, SANY Germany and CITIC PE acquired 100% of the equity shares in Putzmeister for 360 million euros. As a young and ambitious enterprise, this was a milestone move for SANY as well as a game-changing event in the landscape of the global construction machinery industry.

With its R&D, manufacturing and sales network expanding to cover Europe, America, and Asia-Pacific regions, the former German family company now enjoys a broader global presence in 154 countries and regions.

Over the past decade, Putzmeister has been integrated into SANY’s global business map. Today, nearly half of the concrete machinery products around the world bear the logo of Putzmeister or SANY. 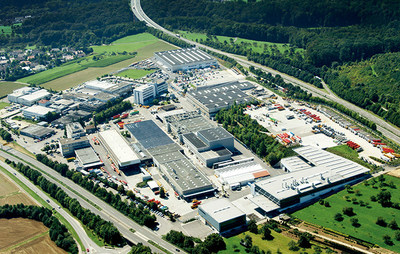 For SANY, Putzmeister provides applicable experience in internationalization, intelligent manufacturing, and concepts and practices compatible with the fourth industrial revolution. For Putzmeister, its capability of developing new businesses is reinforced by SANY’s financial support and resources.

The R&D cooperation between the two companies has been evidently fruitful. The joint R&D teams have successfully launched the V8 series and the 45m truck-mounted concrete pump for the European market and are now taking the lead in the new arena of electric, intelligent, and digital products. Putzmeister has released the world’s first hybrid truck-mounted concrete pump – “iONTRON” and has applied big data technology in the concrete production, transportation, and placement process to improve productivity, operations, and fuel efficiency.

Both companies serve to open up markets for one another. More Putzmeister products gained access to the Chinese market through SANY, such as Putzmeister’s shotcreting machines, mortar machines, industrial pumps, and telebelt. Similarly, many of SANY’s products have become globally visible through Putzmeister’s network. “Compared to the sales growth,” said Dr. Jiang Xiangyang, Chairman’s Representative on behalf of SANY and Board member at Putzmeister Holding GmbH, “the significance of the acquisition lies in that it gave SANY a closer view of a leading company in the west, the market in developed countries, and their way of company governance.” 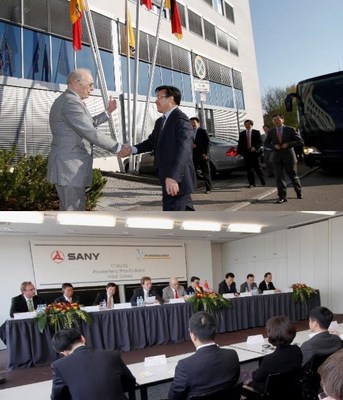