CAPE TOWN, South Africa and LAUSANNE, Switzerland, Nov. 13, 2022 /PRNewswire/ — Belgium’s Ingmar De Vos has been re-elected with an overwhelming majority by the Fédération Equestre Internationale (FEI) member National Federations to serve a third and final term as FEI President. The Presidential election was held during today’s FEI Hybrid General Assembly held in Cape Town (RSA) and virtually, allowing National Federations unable to attend in-person to vote online in real time. Standing unopposed for a second time, the 59-year-old received widespread support for his last four-year term, which will run until 2026. 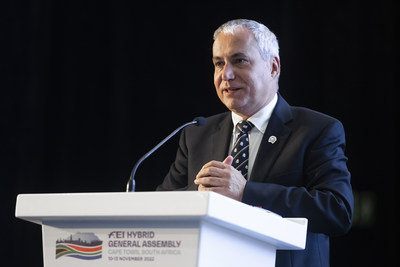 “I am deeply honoured to have your trust and confidence to lead the FEI for one more term,” Ingmar De Vos said in his address to the annual equestrian Assembly.

“Over the past eight years, I have had the privilege to witness the power of unity at work in our community, and it is this solidarity that brought us through some incredibly challenging times. We have moved forward together because we all put aside our differences for the wider benefit of our sport and community. We have come out stronger than ever as a result and I know that this foundation will serve us well for the future.

“And the future is very much on my mind as I now embark on my final term in office. I am determined to leave a strong legacy that my successor and the community can continue to build on in the years to come.

“While we have achieved a great deal together, it is clear that we also need to make some further changes to guarantee the continuity and wellbeing of our organisation. This will require some difficult choices, and on some points we will probably disagree but if history is any indication, I know that the decisions we make together for our sport and organisation will always be grounded in our commonly held values of horse welfare and integrity.”

De Vos, the 13th FEI President since the International Federation was founded in 1921 and only the fourth to become an IOC Member, was also the first male President succeeding three female heads of the organisation when he was first elected to the position in 2014 in Baku (AZE).

Widely sought after for his sports administration experience, De Vos is an International Olympic Committee (IOC) member, as well as a member of three IOC Commissions (Legal Affairs, Gender Equality, Diversity & Inclusion Commission, and Los Angeles 2028 Coordination Commission), member of the Council of the Association of Summer Olympic International Federations (ASOIF), and member of the Executive Committee and Foundation Board of the World Anti-Doping Agency (WADA).

Under De Vos’ leadership, the FEI as an organisation has earned a strong standing in the Olympic community for its sustainability initiatives, advancing animal welfare, championing gender diversity, equality and inclusion, as well as promoting youth sport. De Vos has also led the equestrian community in critical discussions over key changes to the Olympic formats to bring the sport more in line with the aims and ambitions of Olympic agenda 2020+5.

Since taking office in 2014, he has also introduced several changes to the governance structures of the international body. The FEI has consistently appeared in the top five organisations in the ASOIF International Federation governance review, and took first place in the ranking in 2022.

At the FEI Sports Forum 2022, De Vos also delivered on a promise to fully integrate Grooms into the FEI Family with the signing of a Memorandum of Understanding between the FEI and the International Grooms Association.

More recently, De Vos announced the creation of an independent Equine Ethics and Wellbeing Commission to develop a practical framework to address current and future concerns related to the use of horses in sport.

“Sustainability and the modernisation of equestrian sport with welfare at its heart are my key objectives for the next four years,” De Vos said.

“If we are to remain relevant as a sport, then we need to have an organisation that is well equipped to adapt to the challenges that come our way. Open and honest dialogue has been the reason we have been able to shape the future of equestrian together since 1921. I look forward to more of the same over the next four years.”

A Belgian native, Ingmar De Vos was born on 5 August 1963. He holds degrees in political science, and international and European law, and started his career as an advisor to the Belgian Senate. He joined the Belgian Equestrian Federation as managing director in 1990, and held the additional role of Secretary General from 1997 to 2011. De Vos is the only Belgian holding the position of President among the International Federations governing summer and winter Olympic Sports.

During his time at the Belgian National Federation, Ingmar De Vos was chef de mission for the Belgian team at all six FEI World Equestrian Games™ between 1990 and 2010 and at three Olympic Games – Sydney 2000, Athens 2004 and Beijing 2008. He is a member of the Belgian Olympic Academy. He was co-founder of the European Equestrian Federation in 2010 and was also Secretary General from 2010 until 2011, when he joined the FEI.

After three years as FEI Secretary General, Ingmar De Vos was elected as FEI President in December 2014 at the FEI General Assembly in Baku, Azerbaijan. Under the FEI Statutes, a President can serve up to three four-year terms.

The FEI is the world governing body for horse sport recognised by the International Olympic Committee (IOC) and was founded in 1921. Equestrian sport has been part of the Olympic movement since the 1912 Games in Stockholm. The FEI is the sole controlling authority for all international events in the Olympic sports of Jumping, Dressage and Eventing, as well as Driving, Endurance and Vaulting. 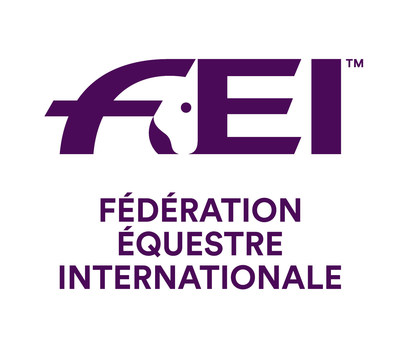