Beijing Review: How an addict conquered both his addiction and poverty

LINGAO, China, Nov. 27, 2020 /PRNewswire/ — Wang Haibian was among the first few people in Maniao, a fishing community in Lingao County of Hainan Province, south China, to get hooked on drugs in the mid-1990s. Today, he is the first to kick both his addiction and poverty. 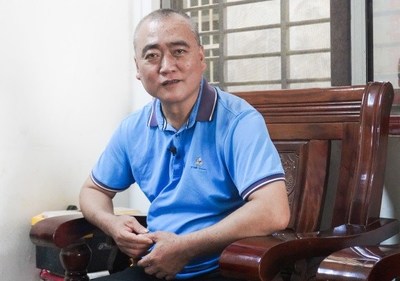 In an exclusive interview with Beijing Review, the 46-year-old attributes it to the generous help from the local government, which helped him start several small businesses.

In the past, Wang was a tractor driver traveling to different places. On his trips he met various people, including drug takers, who introduced him to the habit. Wang says he became a “ghost,” who quit his job and resorted to stealing and extortion to buy drugs.

Eventually, he underwent three de-addiction treatments and in 2006, tried to stand on his own feet again. He was 33 at that time. But it’s difficult for a former drug abuser to find a job or even stay on the wagon since in a small rural community he could hardly avoid running into his old addict friends. So Wang went to Guangdong Province, 700 km away from his home, to stay away from those “bad friends.”

He became a migrant worker, going back to Maniao only two years later. By then, he had some savings. He bought a second-hand rice-husking machine and started a tiny mill. He also got married and had two kids.

It seemed Wang’s life was back on track finally. However, years of drug abuse took its toll on his health. His legs became swollen, making movement difficult. His wife Fu Saier became the only bread earner in the family of four.

To make things worse, both his old house and the husking machine collapsed and the family was plunged into poverty.

“We lived from hand to mouth during that time, without a penny saved,” Wang told Beijing Review.

In 2018, Wang’s family was registered as a poor household. The local government allocated over $9,000 to build a new house for him. In addition, he got an interest-free loan from the local bank and bought a new rice-husking machine. The mill began to run again.

The local government also pays his two children’s meals at school, buys medical insurance for the family and endowment insurance for Wang and his wife. The family was also given money from the local poverty alleviation fund, which they used to buy shares in a fruit company. “We got our first year-end bonus in 2019, which was $365,” Wang told Beijing Review.

The family was back on track but Wang was ambitious. As a mill owner, he had a lot of rice bran, which is a good fowl fodder. He decided to start a tiny farm, breeding ducks, chicken and geese. Again, with the support of the local government, Wang got some land by the seaside, free of rent, and set up his farm in 2018.

Now his farm has more than 600 ducks, chicken and geese. During the peak of the novel coronavirus epidemic, Wang’s poultry couldn’t reach the market. Local officials then helped him to access e-commerce platforms and local fairs, promoted his products on their social media accounts and recommended them to their friends and relatives as well. The generous help enabled Wang’s farm to survive the epidemic.

Multiple poverty relief measures have benefited Wang’s family. Last year, their per-capita income amounted to $2,279, much higher than the national poverty line of $608.