Atman in Ravi Launches his Latest Book ‘Religion! A Kindergarten to Spirituality!!’

– ‘Religion teaches ABC of God, it sets the foundation of spirituality’ – explains Atman in Ravi

BANGALORE, Dec. 23, 2019 /PRNewswire/ —  The latest book from Atman in Ravi, titled ‘Religion! is the Kindergarten to Spirituality!!’ will take one towards understanding and realizing God, by showing how most people are stuck in the dictates of religion – rituals, superstitions, and dogmas – while failing to graduate in their journey to Spirituality. 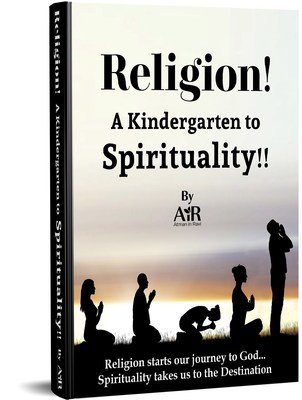 Religion exists and is followed in faith by many. A Religion could mean many things to a person. It may mean that they just follow it casually or they can be devout in their religious practices, following every ritual, superstition, and dogma. Religion teaches about the existence of God, the Creator, one who is a supernatural power. It also instills the belief that this God can heal, cure and make dreams come true. As children, religion helps build our faith in God.

A vast majority, over 80% of humanity follows a Religion, so it seems obvious that the world needs Religion. Religion is needed as it helps inculcate ethical or moral values in people’s minds. Religion is also needed for one major activity of humanity – Prayer. Human beings pray because of needs – wishes to be fulfilled or for the resolution of problems. Thus, people go to a church, a mosque or a temple. Obviously, there is a Power, and each Religion believes that its God is the one who is governing the universe. The belief that Religion will bring happiness, peace and eventually, either get people to heaven or deliver them from all their sins, makes them think that it is absolutely necessary to follow a Religion. Otherwise, they would be deemed to be miserable, or so it seems.

This book by Atman in Ravi invites anyone who seeks true happiness to spend more time contemplating Spirituality, eventually renouncing all the myths, the rituals, the dogmas and the superstitions of Religion. To become Spiritual, one does not have to be highly religious. Spirituality is about questioning the belief system, starting from religions, scriptures, and everything that is connected with people’s faith in God. Spirituality is about asking questions and investigating what is unknown until we realize the Truth. It is being passionate about God and Liberation and nothing else. While a Spiritual person lives in this world as a normal person, the fact is that a Spiritual person evolves to realize that he is not the body, mind, or ego, but the Atman, the Spirit or Soul. We are a manifestation of the Divine. This book is written with the intention to help people realize that the ultimate goal is to be liberated from all misery and sorrow and be in union with the Divine.

Spirituality helps graduate beyond Religion to realize the Truth that there is only one Universal Power – the Creator who is realized as God. This book will help one grow from the kindergarten of Religion and evolve until they spiritually graduate and Realize the Truth. They will be liberated from misery and suffering and will attain the Ultimate Goal of Life, Eternal Peace, Everlasting Bliss, and Happiness.

We need Religion, though it is full of myth,
To realize God, we can do nothing without it.
It makes us have Faith in God, and takes us to His door,
But it is Spirituality that makes us cross the shore.
– Atman in Ravi

The book is available online at Flipkart

AiR – Atman or the Soul in Ravi, is an embodied Soul whose only mission in life is to help people realize the Truth. He was born in Bangalore on October 15, 1966. A philanthropist, he has built charitable homes for the needy and the abandoned (http://airhumanitarianhomes.org/). Today, over 600 homeless and suffering people are served and cared for in these destitute homes and provided with free shelter, food, clothing, and medical care.

He is also the founder of the Shivoham Shiva Temple in Bangalore (http://shivohamshivatemple.org/). AiR believes that religion is just a kindergarten to Spirituality, and we all have to go beyond religion to truly realize God. His spiritual quest began when, one day, his Guru provoked him to introspect: What is the purpose of life? Is life just meant to seek pleasures and to live and die without any purpose? What happens after death? Will we be reborn? Where is God? Several questions like these took him on a quest, a search for the Truth. He gave up his life of Achievement and Fulfilment in search of the final peak of life: Enlightenment. After a few years of intense search in retreat, deep in the mountains, he realized that we are not this body or mind but the Divine Soul, the Atman. AiR has now dedicated his life to helping people realize the Truth.

With AiR’s own Realization, he has authored several books, composed bhajans, blogs, quotes, poems and taken up several other initiatives that can direct people towards the Truth and eradicate the ignorance that they live in. His vision is to help people to Ask, Investigate, and Realize the Truth. 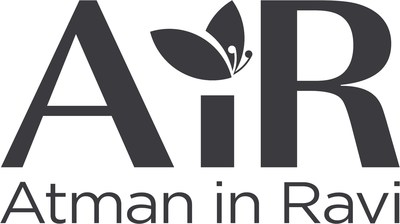