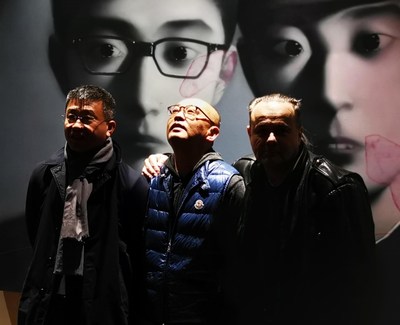 This unusual split in the major sales calendar (especially between Christie’s and Sotheby’s) appears to have benefited the Hong Kong Art Market, which is now more evenly spread over the first half of the year.

According to thierry Ehrmann, Artprice’s CEO and founder, “one of Hong Kong’s major advantages is its capacity to offer an extraordinary mix of works from around the world. In this respect, it is absolutely unique in the world, turning over the best works from China, Japan and all of Southeast Asia, but also from Europe and the United States.

Phillips’ recent evening sale included works by Zao Wou-Ki, Roy Lichtenstein, Zhang Xiaogang, Yoshitimo Nara and Andy Warhol. The selection was both prestigious and universal… a perfect reflection of the wealth of the Hong Kong marketplace. That’s why all the big auction houses, both Chinese and American, want to be there.”

Indeed, this year, Hong Kong’s attractiveness convinced the Guangzhou-based auctioneer Holly’s International to expand its activities there. Founded in 1994, Holly’s has organised no less than seven sales in Hong Kong for the end of May 2019… its first venture into the city since it began operations.

The best results at Christie’s and Phillips were, unsurprisingly, generated by the Franco-Chinese painter Zao Wou-Ki. Since his massive record of $57.5 million last September, the master of lyrical abstraction has joined the giants of the art market, taking third place in Artprice’s 2018 auction turnover ranking, just behind Pablo Picasso and Claude Monet.

The eight Zao Wou-Ki paintings offered for sale by Christie’s on 25 May 2019 generated $50 million, accounting for 45% of the sale’s total turnover. It was a remarkable performance, but it could have been better because the best piece among the eight, a large oil on canvas titled 02/01/65, failed to sell.

No doubt the on-demand estimate was above $30 million, a value that is consistent with the latest results, but which in view of the rapid inflation of Zao Wou– Ki’s prices, might take a little longer to prevail on the market. In 2010, the same work was acquired for just $2.7 million.

The sales organised by Sotheby’s at the beginning of April 2019 were particularly marked by the unexpected record for the American street artist Kaws. Estimated between $800,000 and $1 million, his painting The Kaws Album (2005) reached a staggering $14.8 million (including fees). The new star of the Perrotin and Skarstedt galleries has had an exceptional start to the year on the secondary market.

Phillips generated a thirteenth result above the $1 million line with Half Full (2012). Acquired in New York at Christie’s in March 2018 for $444,500, this acrylic on canvas was resold for $1.4 million in Hong Kong, just 14 months later.

The prices of Chinese painters born in the 1950s are firming in Hong Kong. Without setting new records (set five or six years ago for most of them), this generation of new Chinese masters of the oil painting medium is enjoying strong demand in Asia… and reassuring collectors.

In view of these results, we are clearly seeing a price consolidation on works by Chinese artists from this generation: their values are tending to stabilise at very high levels. This trend has been confirmed, among other signs, by three successive results for Zhou Chunya’s painting Stone Series – The Tree Connected to Stone (1993):