Artprice: France’s Cultural Policy is Not in the Country’s Best Interests According to thierry Ehrmann

The front page headline of the French newspaper L’Express reads: The French State spends €139 per capita on culture in the Paris region versus €15 in the rest of the country.

PARIS, June 20, 2019 /PRNewswire/ — By pursuing a strategy of concentrating the country’s cultural offer on its capital, France is leaving itself dangerously exposed to stronger players. French artists, galleries and auction houses are finding it increasingly difficult to emerge from the shadow of their powerful Anglo-Saxon rivals, both in France and on the international scene. 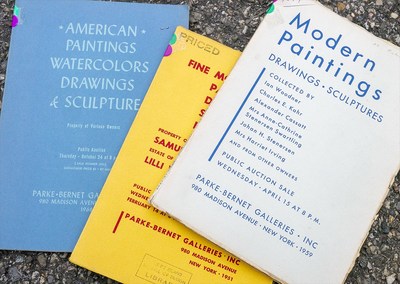 In reaction to this article, thierry Ehrmann, Artprice’s founder CEO says: “This is no surprise to anyone: Paris enjoys a favorable regime at the cultural level. But the imbalance has become too great, too obvious. The French capital is no longer an El Dorado, neither for its artists nor for the Art Market.”

“In 1964, Sotheby’s acquired America’s leading auctioneer at the time, the New York operator Parke-Bernet. The firm was initially offered to French auctioneers, but they refused. France is still suffering from the “Parke-Bernet Syndrome“, as I defined and explained it to 9 Ministers of Culture. Each time they were shaken.”

4% of the global Art Market

The situation has changed significantly since the 1960s. Paris is still clearly the bastion of French auction sales, accounting for 90% of the country’s total turnover. But half a century ago, France was at the epicentre of the global market. In 2018, France generated just 4% of global fine art auction turnover.

But even this diminished market is struggling to remain French. Dominated by the Anglo-Saxon auction houses, Sotheby’s and Christie’s generated 51% ($353.5 million) of France’s total fine art auction turnover in 2018… and that total is a very small percentage of their global Fine Art business. Representing just 4% of their combined global sales, the Parisian auction houses have become almost secondary for Christie’s and Sotheby’s. The New York marketplace generates 15 times more turnover than Paris, London 6 times more and even Hong Kong generates nearly 3 times more than the French capital.

Meanwhile, Phillips, the world’s third largest auction house by turnover, has simply decided not to organise sales in Paris…

France woos the major British and American players in the Art Market, but it struggles to keep its own artists who prefer to go and live elsewhere. On 7 June, the New York Times drew its readers’ attention to the singularity of the French pavilion at the 2019 Venice Biennale in an article entitled “Laure Prouvost represents France. But she doesn’t feel very French“. Indeed… the 41-year-old artist, born in France, works in Antwerp, Belgium, and was revealed in 2013 by the Turner Prize, Britain’s most prestigious art award.

In an interview with the French business newspaper Les Echos, gallery owner Daniel Templon explains: “At the FIAC, there are sixteen ultra-big stands available, but only one was occupied by a French gallery. Our leading Contemporary Art Fair sees us as secondary and, by the same token, our artists too […]. If emerging artists want to succeed and move up the price ladder, they have to move abroad, to Germany, Belgium, Los Angeles or New York.“

Daniel Templon justifiably blames French museums: “French museum directors believe it is better to exhibit foreign artists and say they would attract fewer visitors with French artists. […] Before exporting our artists, we should at least try to generate a domestic market for them here in France. […].“

The Parisian gallerist concludes: “If institutions don’t accompany us, there won’t be any powerful galleries left in France.“

Paris possesses some of the best cultural institutions in France and in the world for that matter. From the Primitive arts to the Contemporary scene, from Antiquity to the Medieval period… Paris has it all.

The Louvre – figurehead of the entire system – is the most visited museum in the world. But, as the Express article explains, it has received massive financing: “In the 1980s, François Mitterrand decided to renovate the Louvre, launching much needed work including extension, restoration and construction of the famous pyramid. The State paid everything, which seems logical. However, in 2012, when the French State inaugurated the museum’s satellite in Lens […], the State’s contribution to its funding was fixed at a tiny 1%“.

Moreover, in geographical terms, France’s cultural policy resembles a laboratory; the provinces are used as testing grounds where young curators and young museum directors are sent to prove themselves. This year, for example, the organisation of the Lyon Biennale has been entrusted to the young curatorial team of the Palais de Tokyo, and Jean de Loisy, whose presidency of the museum has just ended, has withdrawn… to devote himself to the management of the Ecole des Beaux-Arts in Paris and his excellent radio program “Art is Matter” on France Culture.

Artprice’s recently published ranking of France’s Contemporary Art museums based on Google reviews confirms the extraordinary success of Parisian museums compared to those of France’s regions.

Partners since 2009, in 2018, Artron and Artprice signed a historic agreement to create a “New Silk Road for Art”. This initiative is perfectly coherent with China’s “One Belt, One Road” (OBOR) or “Belt and Road Initiative” (BRI) launched in 2013 and known in Europe as the “New Silk Road”.