PARIS, Sept. 2, 2019 /PRNewswire/ — The resale of artworks illustrates the financial potential of Art, a potential that depends on numerous factors including the artists’ notoriety, the intrinsic qualities of the works and, of course, the intensity of demand over time. While the average return on art investments is approximately 4.6% p.a. for an average duration of 13 years, certain works obviously generate much better returns, especially in the Contemporary Art segment. 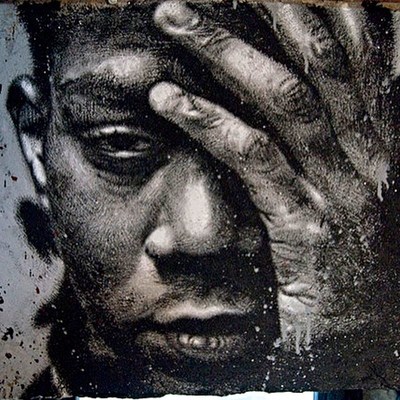 For thierry Ehrmann, Founder/CEO of Artprice: “the most profitable artists on the Art Market are no longer the great Moderns, as in the last century. Major buyers have transferred their investments onto the most recognised Contemporary artists – onto the great “classics” of our era – artists like Jean-Michel Basquiat and Yayoi Kusama who now represent a sort of holy grail for any museum or any major collector and who are enjoying ever-growing and ever more international demand. The Contemporary Art Market offers opportunities for capital gains that were unimaginable 20 years ago.”

Contemporary creation is today more profitable than Post-War art. There is only one Western Post-War artist among the top 10 gains hammered during the first six months of 2019: Alexander Calder, with a rare mobile sculpture (Fish), the price of which has risen from less than $200,000 to more than $17.5 million since the end of the 1980s. Contemporary artists are clearly dominant in the rankings. They account for seven of the ten best gains hammered during the period and concern works by Jean-Michel Basquiat, Daniel Buren, Yayoi Kusama, Pierre Soulages and Christopher Wool. Contemporary Art (the overall price index of which rose 40% in H1 2019) is the most profitable segment of the Art Market. The prices of certain works have been multiplied in range from 30 to more than 300 times versus their previous auction values.

The volatility of the Contemporary Art market makes it particularly favourable for certain types of investment. It allows quick gains (with holding times of three to ten years) on some highly popular signatures such as Kaws, George Condo and Sean Scully. Of course, rapid turnarounds on art are not risk-free, particularly on the younger signatures and it is probably wiser to gamble on artists whose work and whose secondary market are both mature.

Moreover, the most profitable resales require a lot of patience with the best gains coming from long-term holding periods. The most spectacular price increases concerned works sold publicly in the 1980s and 1990s and which are now returning to auction. Eight of the ten best gains in our ranking concern works that began to be sold publicly more than 20 years ago.

The biggest price increase concerns a work by Jean-Michel Basquiat, Apex, which had not been auctioned for 31 years (it changed owner three times during that time, but privately). Apex is a major work, first appearing at auction in June 1988, two months before the artist’s death. Regarded as one of his best paintings, it fetched $29,400 in 1988, joining the artist’s top 10 results. The posthumous growth of his prices had not started yet. It was only three years after Basquiat’s death that one of his works crossed the $100,000 threshold for the first time, blithely tripling its high estimate (Red rabbit, 1982, on 11 November 1988 at Sotheby’s). When it was offered to the public last March, Apex fetched $10.8 million, posting an exceptional gain of +36,685% in 31 years.

Remember that Jean-Michel Basquiat is the first and only Contemporary artist whose work has crossed the $100 million threshold on the auction market (Untitled, 1982, on 18 May 2017 at Sotheby’s New York). This pillar of the Contemporary Art Market – whose overall price index has risen +1,608% since 2000 – accounts for three of the top ten most profitable resales since the beginning of the year.

Two living French artists among the most profitable

Two French artists still active today, Pierre Soulages and Daniel Buren, stand out thanks to the opening of the International Market. They are among the very rare Contemporary French artists who have managed to build a reputation and a price structure outside France, especially in New York from where both have hammered their personal records ($10.6 million obtained for Soulages in November 2018 at Christie’s and $2.1 million for Buren last May at the same auctioneer). Soulages’ abstract style and Buren’s minimalist style correspond to two trends that are both currently highly sought-after on the American art market.

The value added to Daniel Buren’s Peinture acrylique blanche sur tissu rayé blanc rouge (1968) is particularly noteworthy. The price of this work has multiplied 102 times in 22 years – the time it took for demand to consolidate abroad. Until recently, most of Buren’s high-quality works sold badly in the Big Apple… when they were not bought in.

In addition, Peinture acrylique blanche sur tissu rayé blanc rouge was auctioned at the right time, while Daniel Buren was installing a monumental work on the High Line in New York. The artist has signed the Big Apple by floating thousands of flags over New Yorkers, flags bearing the 8.7-cm-wide colored stripes that are so characteristic of his work (exhibition En Plein Air visible until March 2020). An ideal piece of artistic ‘news’ to convince New Yorkers to buy the French veteran of Minimalism.

As with the stock markets, investments in art require a permanent follow-up from collectors of the news concerning the artists in the portfolios. The construction, maintenance and inflation of an artist’s prices depends primarily, as with equity markets, on information. It is information which allows us to select the most opportune moment for a resale and the best-suited marketplace to ensure the best possible added value.