Artprice: A Masterpiece by Caravaggio, a Monet, a Bacon and a Small Basquiat to Close Out H1 2019

TOULOUSE, France, June 12, 2019 /PRNewswire/ — Since the beginning of the year the American art market has reassured all of its protagonists, and is now testing Richard Prince’s new range of cannabis products, Katz + Dogg, launched concurrently with the opening of his show High Times at the San Francisco Gagosian. 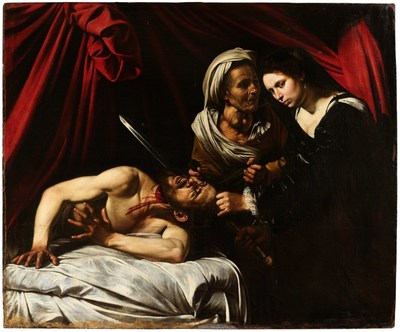 Meanwhile, the European market is reaching for a grand ‘finale’ to the year’s first semester with major sales in Paris, the 50th edition of Art Basel and London’s last major sales before the summer break. But… the big news in this ‘finale’ may well come from the South of France.

thierry Ehrmann, Artprice’s founder/CEO is delighted: “The first semester of 2019 could end with a kind of revolution on the French Art market. And for once… it’s a French initiative. An extraordinary masterpiece is being auctioned far from the major capitals… far from the major auction houses… and with no reserve price! The Caravaggio painting is so powerful and has such an extraordinary history, it doesn’t need any guarantees!”

Quite simply the most spectacular event of the year: after its ‘release’ by the French state, a Caravaggio masterpiece will be offered for sale on Thursday 27 June 2019 in Toulouse where the painting was found, by chance, in an attic five years ago. Since receiving its export visa, the Judith and Holofernes painting has been exhibited at the Colnaghi gallery in London, at kamel mennour in Paris and at Adam Williams in New York.

Of course, the arrival of any work by Caravaggio on the auction market is an event in its own right. The last one dates back to 1971 when his painting Martha and Mary Magdalene – in a cloud of attribution doubts at the time – failed to sell at Christie’s in London. After the Detroit Institute of Art acquired it in 1973, the authenticity of the work was universally recognised and the painting is today considered an undisputed Caravaggio masterpiece.

The Toulouse painting is every bit as impressive and the DIA’s jewel: sooner or later, the work will be acquired by one of the world’s major museums. “It represents the only opportunity they will ever get to acquire a Caravaggio,” warns art expert Eric Turquin. “It could be 40 or 50 years before another work is found,” and it probably won’t be nearly as important as this one.

Since its rediscovery the Toulouse Judith and Holofernes has received support from a number of eminent specialists including the American curator Keith Christiansen (MET), the French curator Guillaume Kientz (Louvre) and the Italian Museum Director, Nicola Spinosa (Capodimonte). It is now up to academics to determine the place of this painting in Art History. David Stone from the University of Delaware believes the painting illustrates the invention of a new technique that Caravaggio developed after his arrival in Naples. The technique consists of using a base colour on the canvas, known as an imprimatura, to enhance the work and bring it to life.

To date, the sixty-eight known Caravaggio paintings are all kept in the world’s most prestigious collections, museums and churches in Europe and the United States. “There isn’t a single one in the Middle East or anywhere in Asia,” says thierry Ehrmann. “And yet the 2016 Caravaggio exhibition in Tokyo was a huge success.”

So far this year, Claude Monet is the world’s best selling artist on the global auction market with 17 works having already generated over $200 million.

The year started badly when his Weeping Willow and Water-Lily pond (1916-19) failed to sell at Christie’s in London on 28 February. The best offer of $55 million (including fees) was below the seller’s minimum price pretension. However, far from being harmful to his market, that failure contributed to a healthy balance between supply and demand. Of the twenty Monet works put on sale during H1 2019, more than 80% were sold.

There is clearly no lack of demand for Monet’s work. On 14 May 2019, one of his Haystacks paintings (1890) was offered at Sotheby’s New York with a low estimate of $55 million. The painting sold for $110.5 million, setting a new world record for an Impressionist artwork. The value accretion, from $2.5 million in 1986 (Christie’s), speaks for itself.

On 19 June 2019 in London, Sotheby’s will be offering another Water-Lilies (1908) painting that has never previously been sold publicly.

London is no longer the primary market place for Francis Bacon’s works: the best three auction results for this artist have all been hammered in New York. In 2017, Christie’s London failed to sell his Study of Red Pope 1962. 2nd Version 1971 against an estimate of $130 million.

Nevertheless, on 26 June 2019, Bacon’s Self-Portrait (1975) will be offered for sale at Sotheby’s London branch on New Bond Street. In 2015, when the pound sterling was strong, the prestigious auction house sold it for $24 million. Four years later, against the backdrop of Brexit, Sotheby’s is hoping for a similar result.

So far this year, Jean-Michel Basquiat is an absentee from major market news. He currently ranks 22nd in Artprice’s temporary turnover ranking. After two explosive years on the secondary market, his paintings are becoming increasingly rare as collectors begin to restrict their offer. Only one of his works has crossed the $10 million threshold so far this year… and that was in May, in New York, of course. A second good quality canvas by the New York graffiti artist, entitled Sabado por la Noche (1984), is coming up for auction on 25 June at Christie’s in London.

Today, more than ever, the Museum Industry plays a massive role in the global art market and Basquiat is one of those artists who is in demand from prestigious museums and from the world’s most powerful collectors at the same time. Many people were surprised by the rapid growth in the prices of his works. In an interview with the New York Times in May 2017, Ann Temkin, head curator of the MoMA’s painting and sculpture department, regretted that the museum had not acquired Jean-Michel Basquiat’s works in time.

As thierry Ehrmann has often said: “You have to buy the right work with the right story, by the right artist at the right time.”

CEOs Rewrite the Rulebook in Pursuit of Growth