Amano Financial utilizes a revolutionary auto-staking protocol that automatically rewards all AMANO holders with 2.2% daily interest that auto-compounds in their client’s wallet every 15 minutes. Recently they launched the Profitable and Sustainable DEFI Daily Yield APY Project. 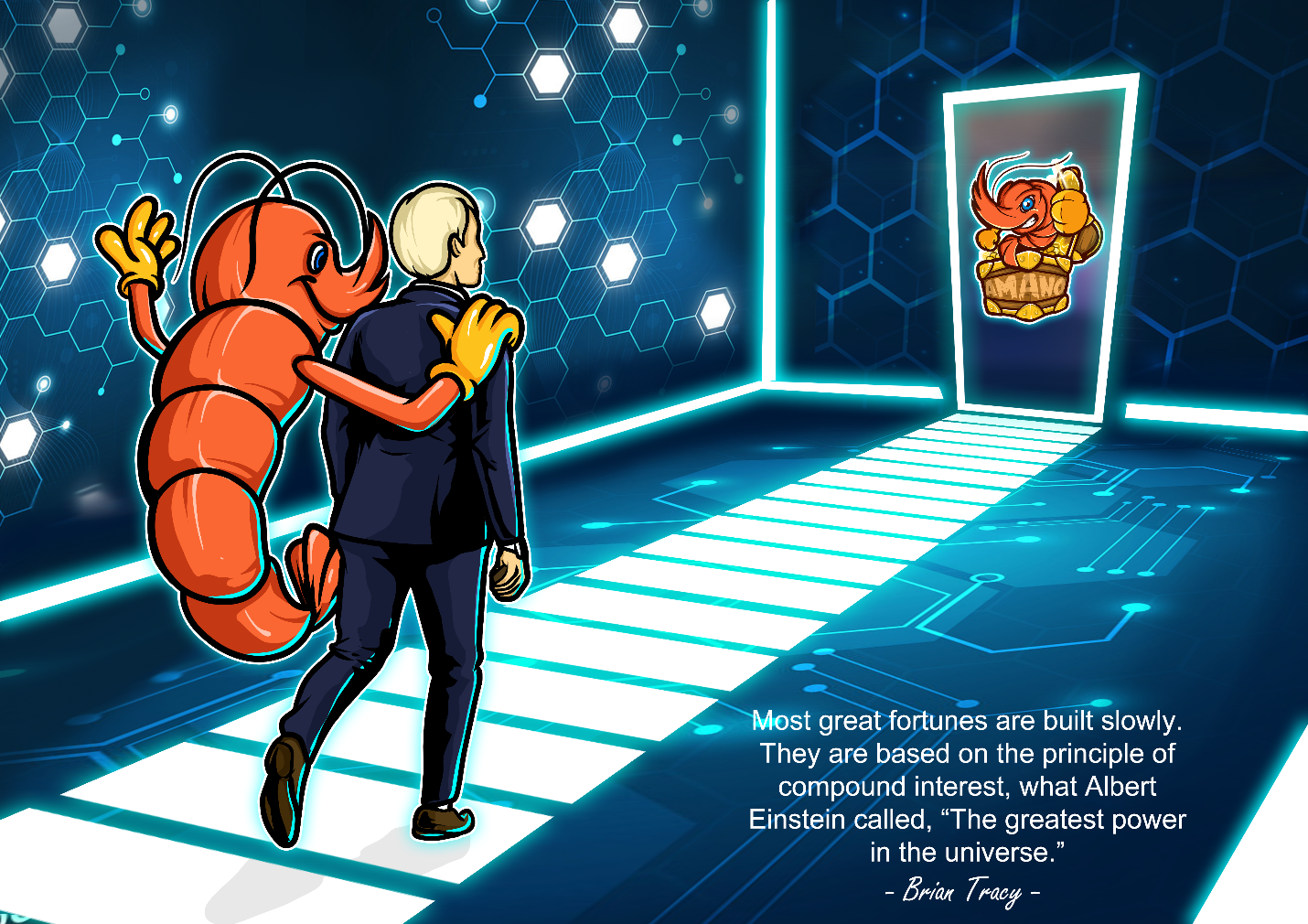 Amano has recently developed an ecosystem utilizing Defi 3.0 protocols that automatically provide rapid returns, allowing users to win big with little effort. Today’s skyrocketing advancements in investment options such as decentralized finance, cryptocurrencies, auto-staking, and auto-compounding allow for massive, never-before-seen gains for investors. One such investment project, Amano Financial, has pulled out all the stops to provide the most comprehensive and robust investment opportunity for those looking for maximum returns.

Amano Financial rewards all AMANO holders with 2.2% daily interest that auto-compounds in their holder’s wallet every 15 minutes. The rewards are then backed by their innovative treasury algorithm, which uses automatic buyback and burns to maintain the price, protecting their investment and earnings.

Amano also ensured that investments would be low risk by introducing the Amano Buyback Assurance (ABA), funded by 9% (3% buy and 6% sell) of the trading fees being redirected to help sustain and back the staking rewards.

Amano Financial combines various complex elements and protocols that most projects have not yet been able to adopt. The AMANO token is a native BEP-20 token through which interest rebase rewards are paid. Investor’s assets are protected by elements such as follows:

It’s protected, it’s fast, and it’s insanely profitable. Amano Financial is taking the buy-hold-earn system to the next level with its comprehensive platform, which has so much more to come.

Amano Financial’s Project signifies the continuous advancement of decentralization, security, and sovereignty for its investors and users. The team of experts is working on a few new projects that are soon to release that take DEFI investing to the next level by further decentralizing banking and providing options for the Metaverse.

The Amano DEX will ensure the freedom for users to safely make exchanges without any intermediary.

The Launchpad project will achieve lightning-fast results by raising liquidity, catapulting the value of $AMANO.

It’s the world’s first digital art made by an artist and stored in the blockchain that made  “Heroes” and “Villains” of World History across Cultures into an NFT. Plus their Amano Hero Audio Storyline NFT and Certificate.

All users do is stake 50% of their investment in AMANO Bank for four years and keep 50% in their wallets. It also allows for more consistent and profitable growth of the whole system.

The more gamers will play, the more in-game items they collect, which can be traded for crypto or real currency.

Amano Financials’ Ecosystem offers more options to its users than anyone else today, with the highest level of safety and security available. Amano has come up with incredible options for today’s forward-thinking investors.

Amano Financial is an investment company/project whose goal is to provide the highest returns for its investors. Their job is to create a safe, efficient way to reward their $AMANO token holders with the best returns available while protecting their assets. Their revolutionary financial protocols make it easier for investors to realize massive profits on autopilot.