British Virgin Islands, March 09, 2022 (GLOBE NEWSWIRE) — AceStarter, a project from Ever City Global Ltd, The crypto market is seeing an explosion in development, tripling in size and reaching a total value of $2.3 trillion in 2021. Ecosystems created to support crypto projects have also begun to flourish, specifically launchpads, which have a mission to encourage and help potential crypto projects reach the community. When it comes to crypto launchpads, it would be highly remiss not to mention AceStarter, a next-generation launchpad that is set to boom with its novel operating model.

For seasoned crypto users, “launchpad” is certainly not a new concept. They are considered a bridge that connects the community, especially investors, with potential projects right from the early stages. Launchpads help project developers build a community and raise capital by holding Initial Dex Offering (IDO), Initial NFT Offering (INO), or Initial Game Offering (IGO) events. Although there is no shortage of them, most launchpads adopt the traditional operating model which lacks innovation. Change is inevitable in the crypto space; sooner or later, those who do not transform will fall behind.

In order to differentiate from other launchpads, AceStarter puts forth a unique model. 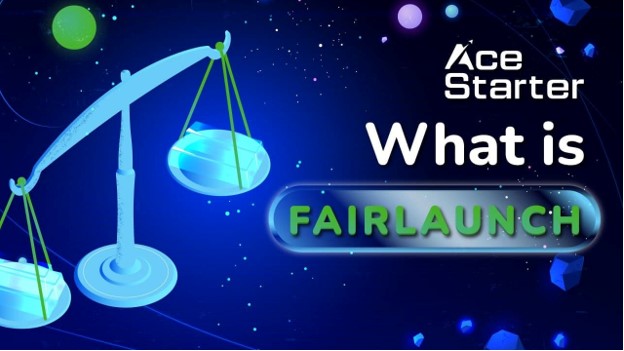 AceStarter, a project from Ever City Global Ltd, is a next-generation launchpad that curates and launches world-class crypto projects on a global scale

Composed of talented team members who have many years of working in the fields of platform development, game publishing, and advertising, AceStarter aims to balance the benefits of the community with project owners. AceStarter adopts the subscription model, where users only have to pay a very small monthly fee to participate in IDOs or IGOs launched on its platform. Subscriptions will be fixed to USDT values but will be paid with the corresponding amount of ASTAR (token) at the time of purchase.

In launchpads that operate a more traditional tier model, higher tiers tend to be allocated a lot more tokens compared to lower tiers, which can greatly affect the number of holders. AceStarter in contrast has chosen to forgo this model due to the belief that all users are equal and if they are able to purchase, they should have the same allocation. However, this comes with a small drawback – in order to offer an attractive allocation to the buyers, this model must implement the Lottery and FCFS (First come first serve) mechanisms.

The fundraising and launch of AceStarter works in the form of a hybrid fair launch. That means the token price for the VC Round (or Guaranteed Round) and IDO will be the same; the listing price is also based on this price. AceStarter raises a rather small amount of initial capital – only ¼ to ⅕ compared to other models. The intended effect is to minimize sudden price swings and to prevent any investor from taking advantage over others.

AceStarter puts several special mechanisms in place to reduce the inflation of ASTAR by making itself like a game product. In particular, AceStarter features the AvaAce NFT system that acts as both an avatar and guaranteed IDO slots, so marketing campaigns will significantly limit the use of main tokens. In addition, AceStarter offers accumulated points, Apoints (or sub-tokens in game projects), to track user activities in the launchpad.

An ecosystem full of practical use cases

The AvaAce NFT is a very unique feature in the AceStarter ecosystem. AvaAce, with its many different categories, acts as both an avatar and guaranteed IDO slots for users to use. The AvaAce NFT is expected to offer many special mechanisms to reduce the inflation of ASTAR by making itself like a game product. The AvaAce NFT will also be a valuable item for the user and can be utilized as a great marketing tool for the project. 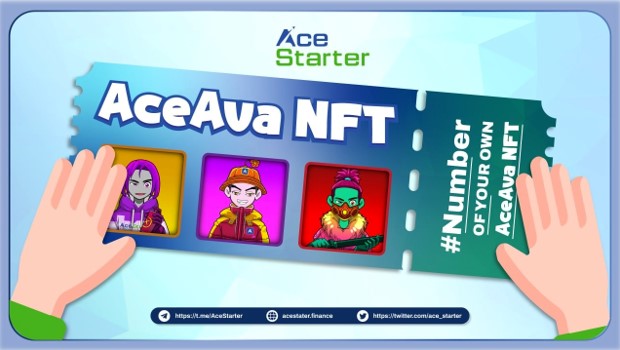 AvaAce, with its many different categories, acts as both an avatar and guaranteed IDO slots for users to use

Apart from the AvaAce NFT, AceStarter provides GamiZone, which is an area for the community to participate in simple minigames to learn and interact with projects launched on the launchpad. Users can then earn Apoint (sub-token) to redeem valuable gifts like AvaAce NFTs, guarantee tickets, or even ASTAR Tokens.

Like other launchpads, AceStarter also offers an All-in-One solution. AceStarter provides and pledges their support for both IDO and IGO events, allowing developers to launch their products in the most effective way. AceStarter also has a new feature exclusively for KOLs and private crowds called Initial Marketing Offerings (IMOs) that gives members of this community the opportunity to approach potential projects in early stages.

Backed by leading companies in the gaming and crypto world

AceStarter is honored to be partners with leading companies in the crypto world as well as the gaming market. This helps guarantee the success of AceStarter itself, as well as projects launched on this launchpad. Notable companies include:

Appota Group, a pioneering entertainment ecosystem in Vietnam with 55 million users that is also one of the major game publishers in Southeast Asia, and the exclusive partner of Facebook Gaming in Vietnam.

LaunchZone, the famous DeFi ecosystem that has helped many projects grow since its inception. LaunchZone provides many off-chain services of Binance on the blockchain. With its influence and prestige, LaunchZone will undoubtedly be of great support to AceStarter.

goGame and CEO David Ng, who will not only offer financial investment, but also assist AceStarter in connecting with over 150 game developers and renowned brands in their network. This allows AceStarter to easily approach popular games in collaboration with goGame including famous IPs which will be adapted into NFT games in the near future. In addition, all NFT games will be localized and published by goGame and AceStarter in 6 languages, including Japanese, before being released on the launchpad. Finally, goGame will also support AceStarter in growing throughout the APAC region, thereby becoming a full-fledged partner from now on.

ChainVerse, an NFT game publishing platform, which provides a full-stack blockchain solution for game developers focusing on creativity. With the support of ChainVerse, AceStarter can directly approach potential games, creating a continuous and abundant investment source for the community.

About AceStarter: AceStarter, a project from Ever City Global Ltd, is a next-generation launchpad that curates and launches world-class crypto projects on a global scale. Based on a community-centric model demonstrated by the hybrid fair launch of its very own token, AceStarter aims to equitably distribute investment opportunities to investors with even the smallest budgets by aligning their incentives and contribution with projects they back.