80% of Children Would Eat Healthier Food if They Knew Their Heroes Did Too, Finds Survey by Beko

A worldwide survey conducted by Beko in 18 countries highlights the gap between children’s approach to healthy eating vs. their approach to football

ISTANBUL, May 21, 2019 /PRNewswire/ — Today Beko, the leading domestic appliance brand in Europe, released the results of a global survey that reveals a gap in children’s knowledge in healthy eating compared to their knowledge and interest in football. 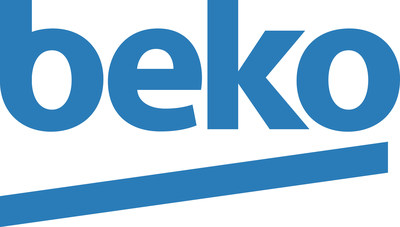 Last month, Beko, with support from partners FC Barcelona, the Barça Foundation and UNICEF, surveyed over 13,500 children aged 6-10 across 18 countries. The findings show that children are significantly better informed about football than they are about healthy eating, and when it comes to making healthy food choices, they can be positively influenced.

When asked why they eat healthy food, over two-thirds across all 18 countries said they do so because they understand that it is good for them. A further 80%1 of children said they would be more interested in eating healthy food if they knew their hero took healthy eating seriously too.

Over 70%2 of children could identify the number of players in a professional football team, but only one fifth3 knew the recommended portions of fruit or vegetables that they should eat each day. Children in France and in the UK set an impressive example to their global counterparts with 78% and 68% of children answering correctly in comparison to the US (16%), Brazil (11%), Russia (9%), and China (3%).

Beko understand that children may need a helping hand from their heroes to further their knowledge around healthy eating.  Beko’s ‘Eat Like A Pro’ campaign is rooted in inspiring children to eat like their heroes. By sharing FC Barcelona players’ favourite healthy recipes online, Beko hope that families worldwide will be inspired to recreate the meals at home.4

The ‘Eat Like A Pro’ initiative, in partnership with UNICEF and the Barça Foundation, was launched with the mission to help prevent childhood obesity worldwide. After enlisting support from FC Barcelona heroes in an award-winning online campaign, Beko donated €1 million euros to fund six UNICEF programmes targeting over 500,000 children.

Beko releases the global survey alongside a video starring FC Barcelona player and Eat Like A Pro global ambassador Gerard Piqué, who surprised a group of school children to quiz them on their knowledge of football and food, and inspire them by revealing his own healthy habits.

Although 7 in 105 children admitted they would rather learn a new football skill than learn about healthy eating, Beko is determined to enact positive change and encourage children to engage with FC Barcelona football heroes on this topic.

Zeynep Yalim Uzun, Chief Marketing Officer at Beko commented: “Through our partnerships with FC Barcelona, the Barça Foundation and UNICEF we have developed a campaign that tackles a serious global issue, and one we felt we could make a difference to. The findings of this study confirm the job we still have to do to help prevent childhood obesity, but they show that Eat Like A Pro can play a key role in helping families and inspiring children around the world to lead healthier lives.”

Roland Kupka, Senior Advisor for Nutrition at UNICEF global commented: “UNICEF is concerned about the increasing rates of overweight and obesity in children worldwide. Promoting healthy eating among children to reverse this worrisome trend is of paramount importance. Our partnership with Beko and FC Barcelona is part of UNICEF’s strategy to make healthy eating and active lifestyles the norm among children and adolescents, everywhere.”

FC Barcelona Player Gerard Piqué added: “When I was young, I wasn’t really interested in healthy eating, I only cared about football, but that all changed when I joined Barça and started to learn with the team nutritionists. It’s fantastic to see the passion for the beautiful game among children around the world, and to know that me and my teammates are inspiring them is fantastic. We have an important role to inspire children to eat healthily, and I’m very happy to be able to do that through the Beko Eat Like A Pro campaign.”

Go to www.beko.com/eatlikeapro to discover more. 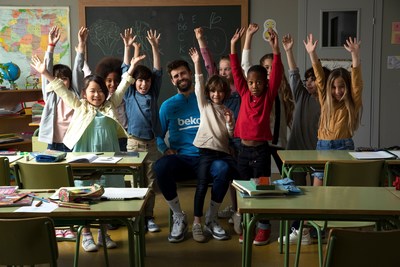 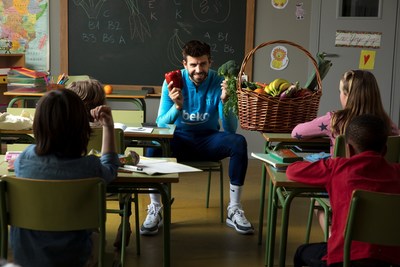