LONDON, May 14, 2021 /PRNewswire/ — DAZN, the leading global sports streaming platform, will broadcast this weekend’s UEFA Women’s Champions League final live in over 150 countries and territories worldwide. The highly-anticipated matchup between English champs Chelsea FC and Spanish greats FC Barcelona will kick off at 21:00 CEST this Sunday, 16th May. 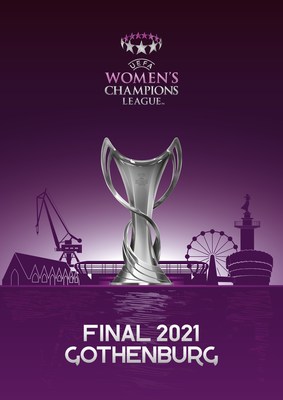 The final is set to be a dramatic showdown as both teams strive to win the prestigious UEFA Women’s Champions League trophy for the very first time in their respective club’s history. Moreover, the era-defining game at the Gamla Ullevi stadium in Gothenburg will crown a new European champion for the first time since 2016, on the heels of Lyon’s remarkable five-year unbeaten run.

Managed by Emma Hayes, the first female coach in the UEFA Women’s Champions League final in over a decade, Chelsea FC has already won the domestic FA Women’s Super League and League Cup this season and are through to the fifth round of the FA Cup later this month. The West London club is also the first in history to have both the men’s and women’s team reach the finals of the UEFA Champions League in the same season. Standing in their way is Spanish giant FC Barcelona, a team brimming with confidence after a dominating domestic season that included securing a sixth Spanish title by winning every single one of their 26 league games so far, conceding just five goals and breaking numerous records in the process.

The final will be available live with English language commentary on DAZN in more than 150 markets across Europe, North America, Asia, Africa and the Middle East. The rights are shared by DAZN, UEFA and the participating clubs. The full list of territories and where to watch can be found here.

Fans can sign up for DAZN at www.DAZN.com or by downloading the DAZN app on a wide range of connected devices, including smart TVs, PCs, smartphones, tablets and game consoles.

About DAZN Group
DAZN Group is one of the fastest growing sports media companies in the world. Headquartered in the UK and with employees in over 25 countries, our businesses touch every aspect of the way fans engage with sports; from production, through to content distribution and commercialisation. DAZN Group is home to DAZN, the leading global sport destination, as well as the popular sport portal, DAZN News. DAZN is leading the charge to give sports fans around the world access to sport anytime, anywhere. DAZN guarantees affordable access on most connected devices including smart TVs, set-top boxes, streaming sticks, smartphones, tablets, PCs and game consoles. DAZN is now live in more than 200 countries and territories after first launching in Germany, Austria, Switzerland and Japan in 2016. Visit https://media.dazn.com for more information.

THINKING AHEAD: American India Foundation to Set up Oxygen Plants Across 25 Cities in India