300,000+ Coronavirus Infected Citizens But US And Iran Can’t Stop Warmongering

The world may be on the losing side against the coronavirus pandemic in unity but those concerns seem to exclude the US and Iran. Looks like they have more important things to discuss: WARMONGERING.

Highlights! Coronavirus Storm may destroy the US and Iran but warmongering will not stop

In a time of crisis, when the world should come together and help each other overcome the coronavirus pandemic, the US and Iran are more interested in warmongering.

In the past, the US has demonstrated various acts of aggression and Iran has responded likewise. First, the US withdrew from the Iran Nuclear Deal in May 2018 and then killed Qasem Soleimani on January 3rd, 2020.

However, that wasn’t as victorious for Trump as one would expect. His recent statements may have just aggravated the tensions between the US and Iran. Trump suggested that as per the information he received, Iran was planning an attack on US forces in Iraq.

Whether this allegation is true or not is a whole other story, but it surely can have serious consequences. Considering past retaliations from both sides, the two countries seem to be edging closer to war.

Such accusations are more worrisome since they come at a time when the whole world is facing the coronavirus pandemic. Additionally, the US and Iran are two countries that are hit worst by this pandemic. Despite that, they continue to ignore this grave threat and warmonger, thereby making their philosophies clear:

The coronavirus storm may be destroying both the US and Iran but the will to demonstrate power by warmongering continues.

Tensions seemed to have eased between the US and Iran after ex-President Barack Obama signed the Nuclear Deal back in 2015. However, the temporary sense of comfort between the two nations vanished when Donald Trump became president in 2016.

Upon his election, not only did the US withdraw from the Iran Nuclear Deal in May 2018, but it also imposed greater sanctions on Iran.

Bitterness Increases in US Iran Relations

Trump called the Iran Nuclear Deal horrible and accused Iran of not complying with the deal. However, the European Union did not raise any objections. With greater sanctions, Iran’s economy began to decline – inevitably increasing tensions between the two countries.

Relations worsened between the US and Iran when a US drone attack in Iraq killed Qasem Soleimani on January 3 this year. Soleimani was the head of Iran’s elite Quds Force. A few days later, Iran retaliated with a rocket attack on US forces in Iraq, severely causing brain damage to over a 100.

If anyone thought that tensions would ease between the US and Iran during the pandemic, prepare yourselves for a disappointment. In fact, President Trump’s recent tweet may have aggravated tensions.

President Trump stated that as per information he received, “Iran or its proxies are planning a sneak attack on U.S. troops” in Iraq. Moreover, Trump also threatened Iran and stated that Iran will pay a “very heavy price” if they were planning anything.

Iran’s Foreign Minister Mohammad Javad Zarif retweeted a day after Trump’s threats. Zarif said that Iran only has friends and that it is the US “which surreptitiously lies, cheats & assassinates.” Furthermore, Zarif also made it clear that “Iran starts no wars, but teaches lessons to those who do.”

Both tweets highlight that both the US and Iran clearly don’t have their plates full dealing with the pandemic and are willing to get their hands dirty if the situations calls for it.

Meanwhile Coronavirus has both the US and Iran firmly strangled

Considering the number of cases and the death toll in both the US and Iran, it seems clear that several lives have already been lost without an actual war. 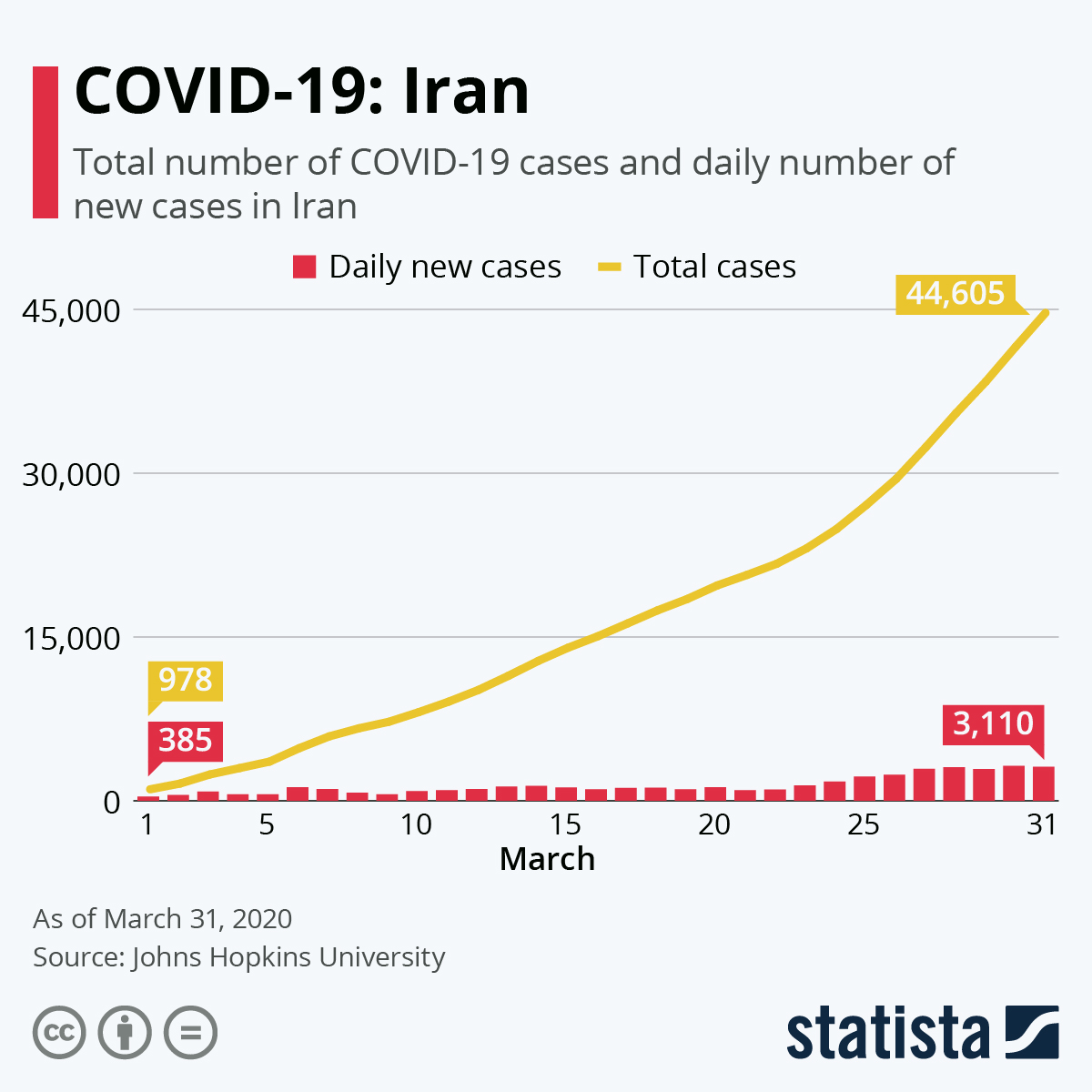 However, both the US and Iran seem to ignore that fact and remain engaged in warmongering and ignoring threats to thousands of lives posed by the coronavirus pandemic in their respective states.

100000 Americans Dying Is Acceptable To President Trump (Shocked The World)

India Prepares Its Poor For Three Months Of Lockdown Misery

Vidit is a sports enthusiast who lives on the latest in Formula 1, Football, Tennis and Kabaddi

The Wall Will Also Have An Impact On The Virus: Trump

Trump — Man Who Poses Bigger Threat To America Than Coronavirus