World leaders are concerned and they have all the reasons to be.

For over 200 years, America stood as the torchbearer and the vanguard of democracy, not just in the homeland but worldwide. Whenever the pillar of people’s government experienced jitters, the United States acted as the watchdog. However, four years of President Donald Trump, especially the unfortunate end to the term, have coerced the country and the world to comprehend — Did Trump change the course of democracy throughout the world and rather destabilized it?

Trump tried to teach the world a new way to stage a coup, marking a ‘black day’ for US democracy. According to Ursula von der Leyen, the President of European Commission, Trump administration did irrevocable harm to the existence of democracies worldwide. After the pro-Trump extremists mobbed the Capitol building on the instigation by former president, European Commission’s president commented: “We are worrying about whether democracy itself might have been permanently damaged in the last four years.”

According to the EU leader, the insurrection on the Capitol has addressed the urgent need to devise a solution to the biggest threat to the current route of democracy- misinformation and fake news.

Trump repeatedly made false claims of election fraud and that he had won against President Joe Biden. He refused to conduct a peaceful transition of power process. Throughout his presidency, Trump made 30,573 false statements and misleading claims. His social media handles — Twitter, Instagram, Facebook — were breeding ground for hate-mongering, mass metamorphosing through lies and misleading claims and audacious conspiracy theories. 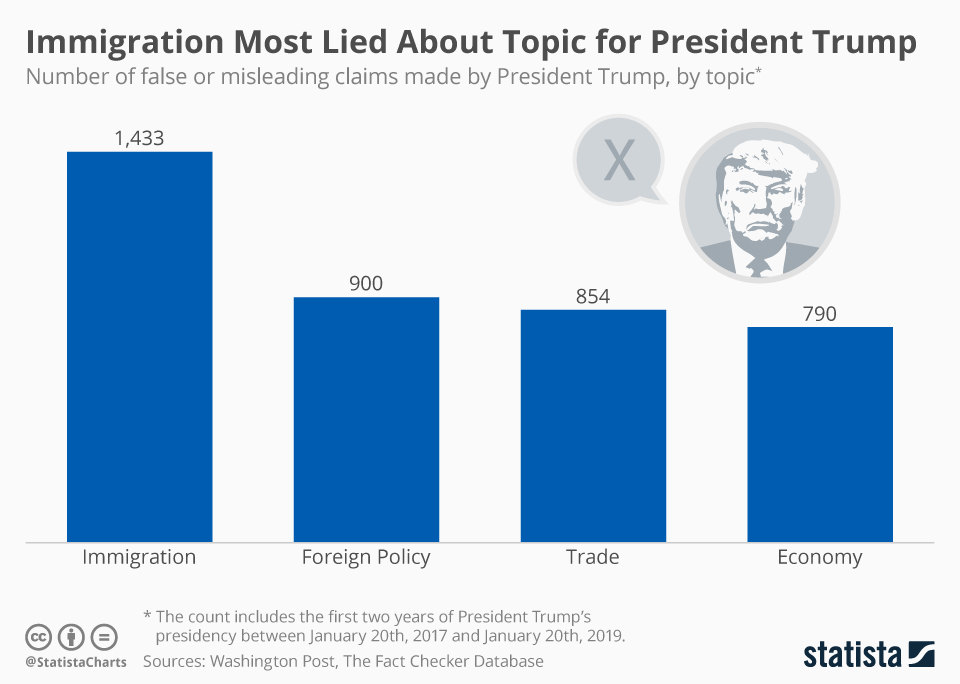 Then Trump went too far with his election fraud claim and incited his supporters to “fight like hell.” Much to the dread of one and all, a pro-Trump mob actually attacked the Capitol, disrupting the ongoing parliamentary session to certify electoral win of Joe Biden. And while the insurrection may have been unsuccessful in stopping the democratic process, it has laid down a sample blueprint for any authoritarian leader aiming to take the hold of a democracy and overthrow it in future. Trump, in his language, taught the world how to stage a coup.

From the guardian of democracy, to the disrupter, insurrection was quite a dreadful transition for America.

The Allies in Spreading Misinformation

Fake and misleading voices are the loudest in the digital world where the chances of engaging a person and getting a reaction is the easiest. Colluding with media to fuel the false claims works as the bonus for such intentions against democracy. Here, Trump has Fox News to thank. And when all this comes as a package from a leader who is the most powerful in the world, it isn’t really difficult to influence masses.

Misinformation and fake news circulating on the social media and even on some TV news channels is the biggest threat to the democracies and the world in general. And it doesn’t seem to get any better since the technology that allows their circulation, is only improving with each passing day. How Trump leveraged these two weapons may have done irrevocable damage to the democracy’s fabric for the world. Speaking at the World Economic Forum, Von der Leyen said, “We are always quick to say: Democracy and values, they are part of our DNA. And that is true. But we must nurture our democracy every day, and defend our institutions against the corrosive power of hate speech, disinformation, fake news and incitement to violence.”

Related: Trump Is Back! But His Target Is Not Biden

A Concrete Way Ahead for Dictators in Democracies

How Trump appeased world dictators, from Saudi Arabia to North Korea, has been well documented in the past four years. The former president praised the authoritarian leaders from the world, built bonhomie with them, and mirrored their actions back home. Not just a disrespect to the democratic ethos, Trump’s actions created a persisting threat back in America as his authoritarian actions, aided by his cult personality, polarized the public discourse to an unprecedented level, never seen before in the contemporary world.

The Capitol insurrection is proof that Trump succeeded in deluding a portion of population that would go through any lengths to stand up for him. When Trump lied, these patrons of his authoritarian vision believed each and every time. But the damage done to democracy by Trump, the rot runs much deeper. Democratic leaders throughout the world with a dictatorial inclination now know the exact tools to inflict most damage to the democratic institution. Democracy is more vulnerable then ever before and there is no way that authoritarian regimes won’t leverage this vulnerability to suit their ambitions. The credit of this exposure goes to the former US president who is all set to make a comeback in 2022, as confirmed by the Republican Leader Kevin McCarthy.

Biden's Stimulus: What Benefits The Average Joe And What Pretends To

The Free World Is Divided On The Myanmar Coup. Here's Why