Why 9 Out Of 10 Startups Fail: India Inc. Bleeding Losses

The pandemic took a toll on Indian Startups, hundreds of which are handing out thousands of pink slips to employees to cut losses. Even big unicorn startups are no exception.

The hype around ‘unicorns’ in the startup ecosystem has been losing its sheen globally since before the COVID-19 pandemic rocked economies the world over. The near-bankruptcy of WeWork and the lackluster IPO (Initial Public Offering) performance of Uber in 2019 raised questions about the startup bubble being unsustainable. The story is not very different on the home turf too.

90 percent of Indian Startups fail within the first five years of their inception.

Reports suggest that some of India’s unicorns – a term used to define startups valued at more than $1 billion – had been bleeding losses even before Coronavirus-induced nationwide lockdowns ravaged production, demand, and liquidity.

Related: 10 Startups That Bled Thousands Of Jobs During The Lockdown

Unicorns are Growing, So are the Losses 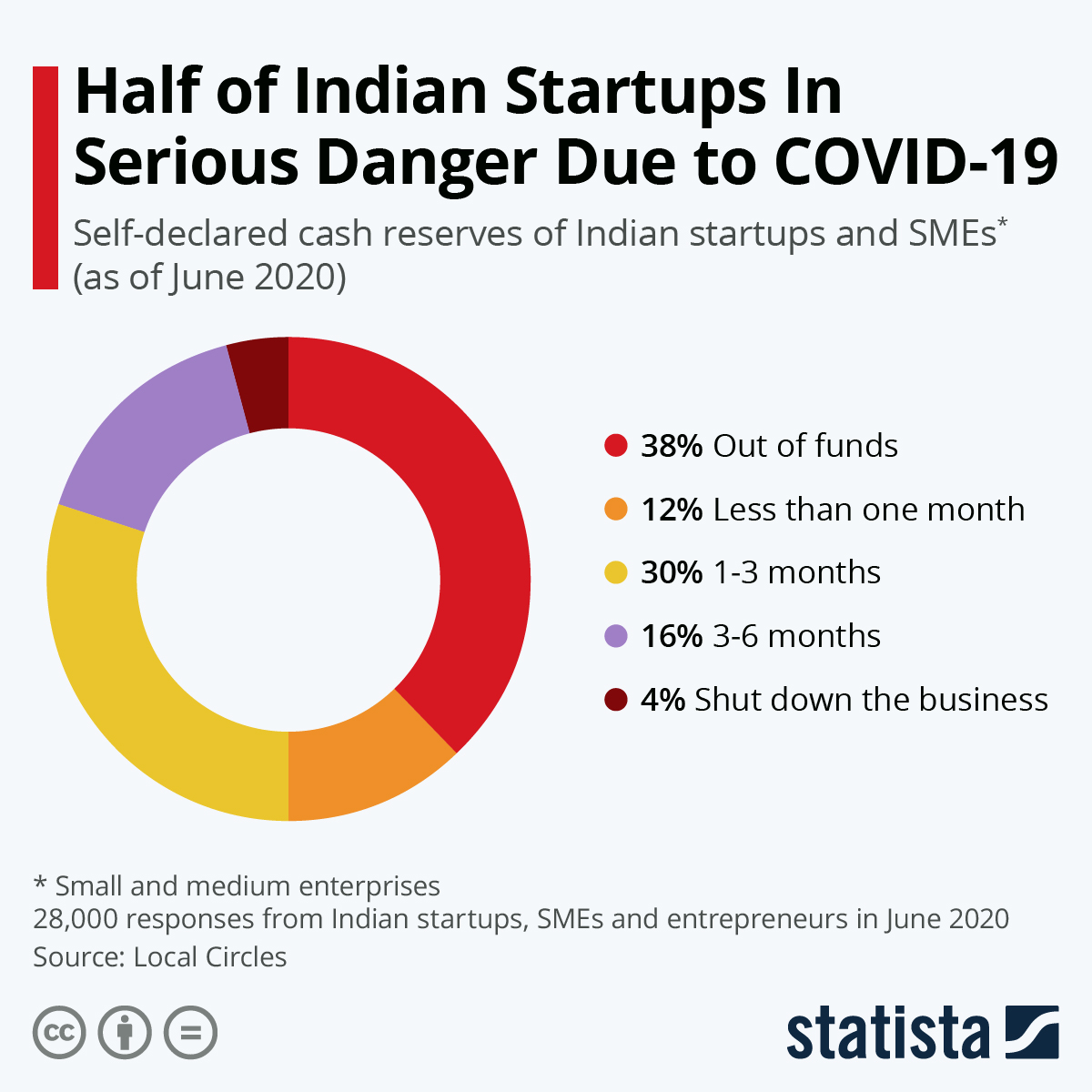 While that sounds promising, incidents like the distress sale of a popular e-commerce platform Shopclues indicate that the ground reality is not as rosy. Valued at $1.1 billion in 2016, the e-commerce venture was finally sold off for less than $100 million. The merger talks with Snapdeal gone awry dented Shopclues prospects gravely, causing its valuation to slump to $80 million.

The Shopclues debacle is not an isolated incident. Reports also indicate that the gap between revenues and losses for a majority of startups is fast closing in. The top 16 unicorns from India reported a collective revenue increase to Rs 23,119 crore in the financial year 2019. However, their collection net losses also rose to Rs 15,171.60. This means for 86 percent year-on-year growth, losses also grew by 80 percent.

Watch: Why 90 percent of Startups in India fail to sustain their growth

No Exit Route or Strategy in Place

The predicament of Indian startups is made worse by a general lack of an exit route or clear strategies for growth. Typically, investors rely on public listings as an exit route when putting money into startups. However, a close look at financial records indicates that even the unicorns in the Indian startup ecosystem are nowhere close to ready for IPOs.

Unicorn status and billion-dollar valuation does not guarantee survival. What matters is a resilient business model with a clear growth strategy.

Not even a single one meets the regulatory criteria of posting profits at least three years in a row. The problem is further compounded by a lack of a clear strategy for growth and expansion. In fact, ‘too much or too little innovation’ emerges as one of the top reasons why 90 percent of startups in India fail within 5 years.

In absence of a clear vision for growth and optimising revenues, a majority of India’s startups have been resorting to pivots – industry term for quickly changing business strategy – so often that their path completely diverges from the original vision, often with no new goals or milestones in sight. This deflection can quickly spiral out of control, and take the enterprise under.

The State of India’s Top Startups

The COVID-19 pandemic has further compounded the troubles of many Indian startups, who were already grappling with mounting losses and no clear models to grow their user base and revenues. Here is a look at losses incurred by some of the most well-known startups in India:

Unless Indian startups find a way to evolve a business model that allows them to percolate their services to large populations living in tier II and tier III cities and the rural areas, losses will be incurred and growth is likely to remain stunted at best.

How To Say 'Sorry' On Social Media