The restlessness is visible despite Biden’s huge lead. But can Trump still win the election through a legal battle? Maybe.

As states reveal their vote counts, the prospects of President Donald Trump’s victory seems to be getting narrower. To attest the fact is the restlessness of the Republicans who are now pursuing all routes that can lead them out of defeat. As Democrat candidate and the former vice president Joe Biden assured people that they were on road to to win, Trump announced that he will challenge the vote counts through a legal battle in the Supreme Court. Not much of a surprise since he did not only make his intentions clear of never conceding, but also positioned Judge Amy Coney Barrett in the Supreme Court a mere few weeks before the 2020 US Presidential elections. The questions is, can Trump still win the election?

Trump challenging the election does not come as a surprise since the president had already made his intention of not conceding clear in the run up to November.

What Exactly Is Trump’s Tactic To Take The Election To Supreme Court?

The legal advisers and experts plan to leverage coronavirus to challenge the elections in the US Supreme Court. They claim that practices to make voting easier and safer amid the elections is not just more prone to fraud, it is also unconstitutional. This is one part of Trump’s argument, the other is that these practices to make the election more convenient amid pandemic are planned and executed by state governors and not the legislatures which are against the constitution and fair elections. The idea is to halt voting in Pennsylvania and Michigan. In another attempt to hack the elections, Republicans also filed a lawsuit in Georgia accusing a poll worker of wrongly mixing up absentee ballots and segregating the late ballots.

While a lot of people would think that winning the argument in the Supreme Court won’t be that difficult for Republicans given the conservative majority of the judges, the star addition being Judge Barret. However, it is more complicated than it seems.

The Supreme Court has the discretion to hear or not hear the case granted to it by the Certiorari Act of 1925.

It is also the last resort for justice in the nation and therefore, only hears the cases that have been ruled in the lower court first and are actual disputes and not propositions. As a matter of fact, Trump has already filed more than 40 cases related to elections in recent times. The case filed in the lower court that can now help Trump convince SC to take up the matter, is the case of Pennsylvania.

Trump’s focus will be on the standard tactic of challenging elections – the way they are conducted, which if favored by the judiciary, can result in discarding of votes or halting the counting process. However, it won’t be easy since after the court refused to put the Pennsylvania case on fast-track last month, the proof to bring it under the radar needs to be exceptionally robust. This would also require an affidavit with long proofs of wrongdoing.

Trump’s focus will be on the standard tactic of challenging elections – the way they are conducted.

However, the case of Pennsylvania is not the only case that matters. While SC ruled out this case, it did rule on the Wisconsin case where justices sided with Republicans annulling the acceptance and counting of late mail-in ballots.

Can Trump Still Win The Election Through A Legal Battle?

Incumbent Republican President Donald Trump can actually expect a positive outcome from his seditious efforts since the majority of Supreme Court justices are conservatives. Pennsylvania might have been ruled out before, but then, it didn’t matter much. Now is the perfect timing. Moreover, there is something to learn from the Wisconsin case which was ruled in favor of Republicans when Judge Amy Coney Barrett wasn’t even in the justice panel. Now that she has made the conservative panel even stronger, Democrats and Joe Biden should be ready to face last-minute trouble.

When George W. Bush challenged the election in 2000, the battle extended for 35 days ending in his win. Democratic candidate Al Gore who clearly won the state of Florida succumbed to the defeat that he didn’t imagine after the Supreme Court halted the counting. In 2000, Bush became the first president to win the elections despite losing the popular vote. 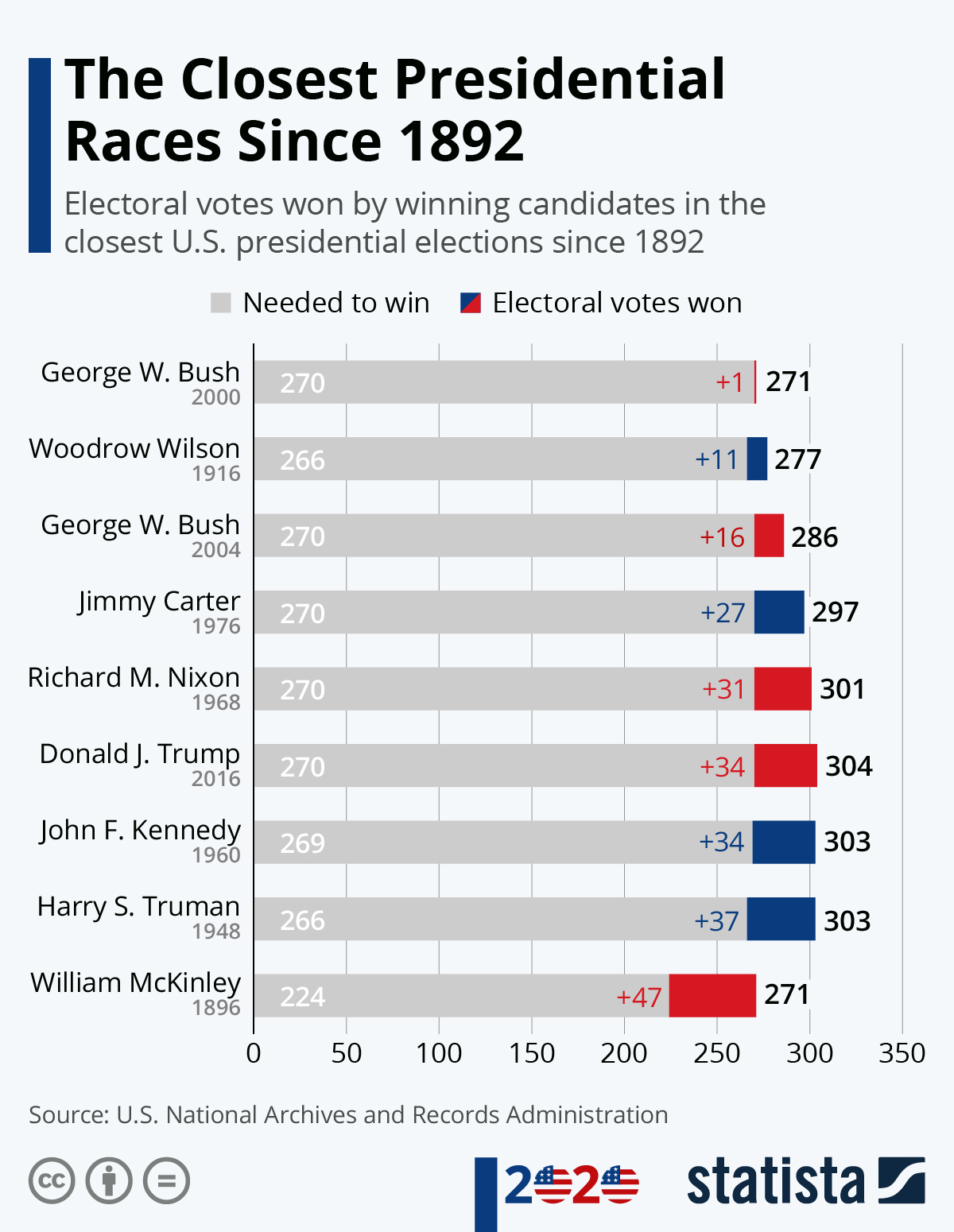 History repeated itself in 2016 when Trump won despite losing popular votes by a whopping figure of 3 million, by meddling with the electoral slate. This time its his first bid is a legal battle against elections in the Supreme Court. The Supreme Court had made George W. Bush president of United States despite him loosing the elections. Can it do it again?

Watch: How the Supreme Court decided the 2000 US Presidential Election

160 Million Americans Voted On Earth And 1 From Space: Here's How Election 2020 Unfolded

US Election 2020: How Donald Trump Can Still Win