Since the beginning of the outbreak, President Donald Trump has made policy mistakes over mistakes in his handling of the novel virus, adversely impacting his chances of reelection. Let us explore how…

When a leader is supposed to stand strong with his people, Donald Trump has consistently made sure to do the opposite. Putting the lives of the same citizens in danger who will vote for him will not win him the seat again. His recent irresponsible action was dropping a remark that injecting oneself with disinfectants can cure COVID-19.

Sarcasm or not, it rightfully led to outrage from the healthcare experts, and disinfectant companies such as Lysol and Dettol had to issue health warnings immediately after. Check out his speech here…

Ever since Trump’s comment, people are calling poison control to verify the facts made by their leader.

His casual and slow response during the beginning of the outbreak led to the situation going out of his control. Also, The Guardian points out his other mistakes such as “floating the Easter end date, or dismissing calls from New York for more ventilators and pitting states against each other for medical supplies.” The lack of sufficient testing even now isn’t winning him any favors from the public and can prove to push the nation even further into the ongoing crisis.

Trump going down with the economy

Trump’s handling of the economy is one of the reasons that kept him afloat for far longer than he should have, but if he loses that too, what is left of him?

This period is no less than a test for Trump who may fail if he continues to employ tactics that encourage the spread of the novel virus instead of stemming its growth. If Trump’s strength is in how he deals with the economy, the same might become a weakness this November with coronavirus taking the economy down with it. According to CCN, 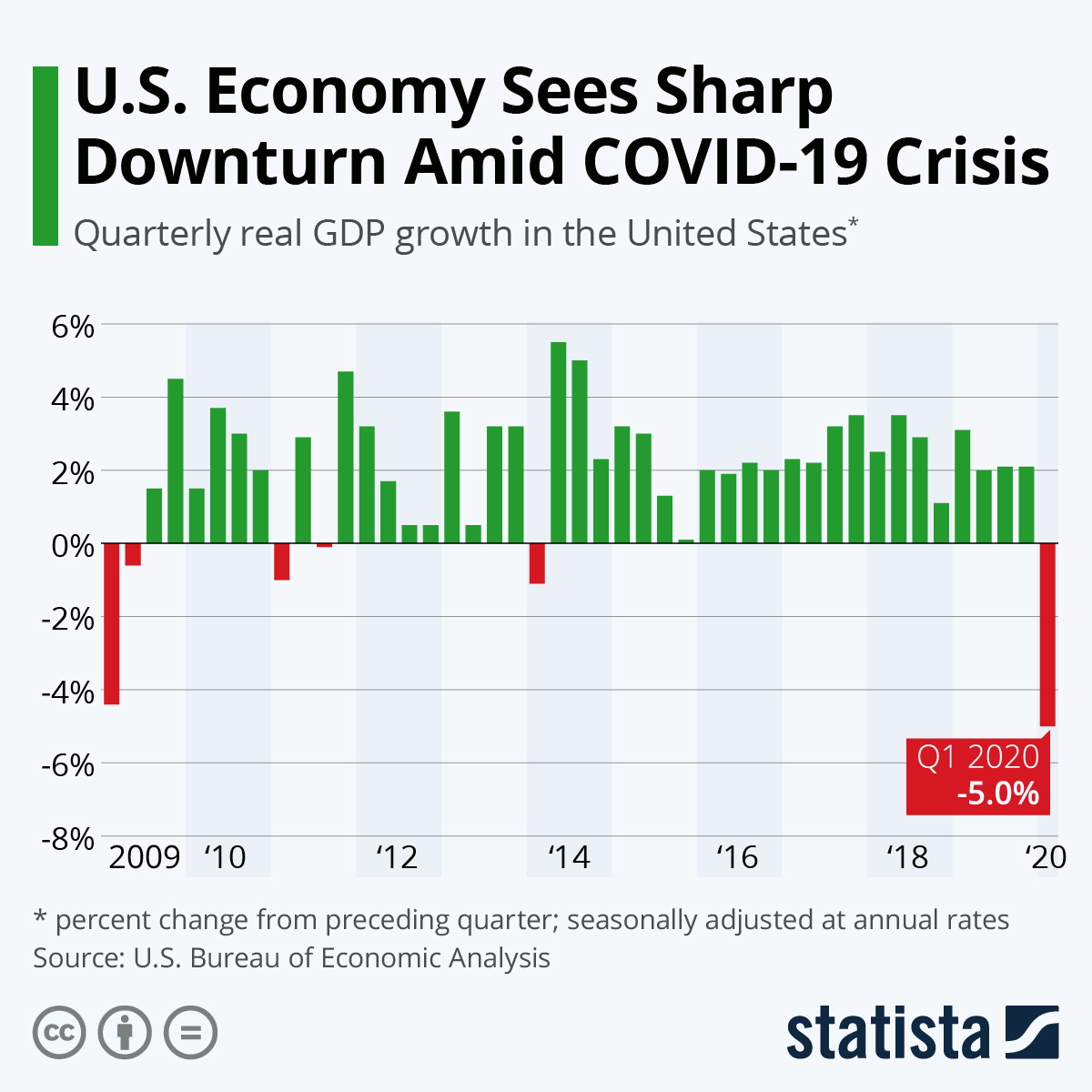 “Coronavirus has lost Donald Trump the election. Regardless of his opponent in November, the toll the coronavirus will have taken on the American economy and people will be too great for him to overcome. He will lose the election, according to a growing number of commentators – including some Republicans.”

As reported by The Guardian, American economist Joseph Stiglitz says the COVID-19 crisis has left the US looking like a “third world” country. He further points out that 14% of the population is dependent on food stamps and the unemployment rate could hit 30% in the next few months. This will result in a major blow to his presidency.

Will Trump use xenophobia as his last weapon to win?

From continuous attacks on Muslims to calling COVID-19 a Chinese virus, racism and xenophobia seem to be Trump’s type of politics since the time he came into power.

Since he cannot rely on the economy anymore, Trump might use xenophobia as the last resort to retain his position, according to The Guardian. This worked in his favor in the past during the 2016 elections where xenophobia was a part of his campaign. However, the recent incident comes as a temporary suspension on immigration for 60 days concerning the current situation.

But the late-night host Stephen Colbert raises valid points on Trump’s decision. He points out that while this decision will prioritize and help the American workers, it won’t do anything to curb the spread of the virus, “It’s just Trump using the virus as an excuse to do what he’s always wanted to do anyway.”

So Biden for the win?

While Trump is shining harshly bright under the spotlight of the media, Biden is silently fighting his way to the top from his home.

In the face of utter chaos, Joe Biden stands as someone who can perhaps offer much-needed stability to the nation’s needs. According to CNN’s poll of the week, Biden is leading Trump by a ‘49% to 41% margin’ in some states like Michigan and Pennsylvania.

Biden is using a lack of media exposure to his advantage. On the other hand, Trump’s wrong policy decisions are always in the spotlight and impacting his chances or reelection for quite some time now. His ‘invisible campaign’ seems to be working for him as per multiple sources.

With contributions by Prerna Malhotra

HE IS NO JUDGE, NO JURY. Only A So-Called Journalist Gone Rogue

Time To Go Back To The Post Depression Era For The US? Maybe.

The Great American Story: Trump Blinded, Biden Jumping Out Of His Knickers And Bernie Goes To The Barn