Peeling The Onion Of Trump’s Personality: Americans Shed Tears As Layers Come Off

Till the US has hit by the Covid-19 pandemic, Donald Trump’s victory in the November election looked certain. The situation now has become tougher for him but there is no denying the fact that he still is the dominant force in America’s political life. What makes Trump survive another day in style?

President Donald Trump, the 45th incumbent, is a unique character and this statement faces no contest. His personality traits keep psychoanalysts interested more than the intelligentsia which often writes him off. It doesn’t surprise us anymore when the media and the experts blame the president for his generalized expertise on every second issue under the sun. The man is often labeled as the worst thing to have happened to America and his response to the coronavirus pandemic has made his critics feel vindicated. But whether Trump wins or loses in the November election, it doesn’t draw a conclusion on the colorful personality that he has. The current American president is a delight for mind-readers and unearthing the real man inside him is no less than peeling the layers of an onion, even though the job could leave several Americans in sheds. 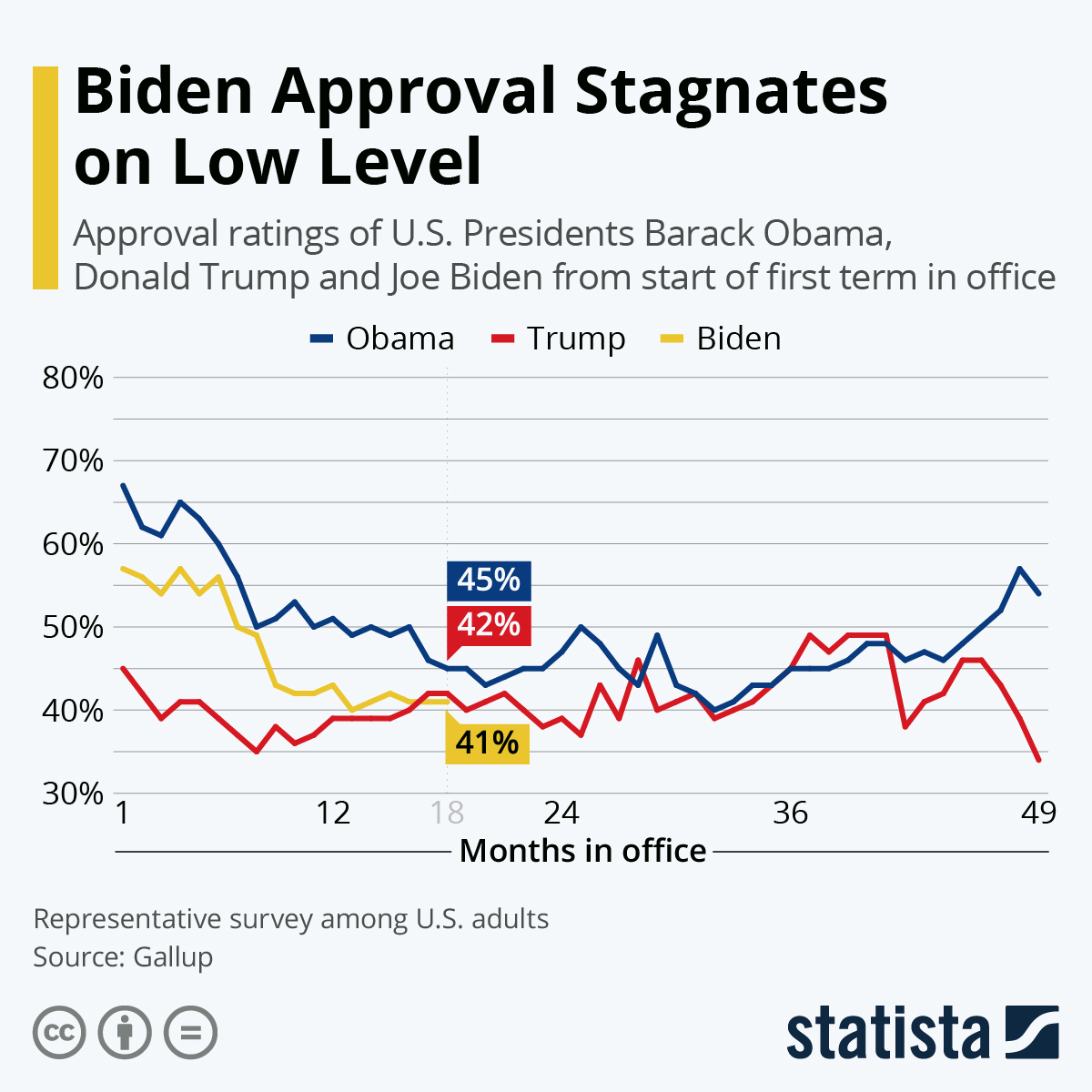 There would have been almost zero chance of Trump losing the election had no pandemic hit America as it has. No Democratic leader enjoys that much electoral faith to emerge as a national alternative to Trump. But even though the media and the experts are forecasting the Republican’s defeat in the upcoming election, not many have demanded Trump’s resignation in the wake of his handling of the pandemic that has claimed over 81,000 lives so far, except Howard Stern. The mainstream media, which otherwise loves to butcher Trump, has not sought him to step down in the wake of the pandemic. It is another story that the mercurial president would not care for such a demand. But why is there no demand in the first place?

Trump has survived impeachment and that has cemented his authority

There are many reasons why none has sought Trump’s exit from the White House now. Politically, Trump has proved this February that he is a leader who can not be beaten easily. He survived an impeachment trial — the ultimate test that the most powerful man on the planet faces — and it has conveyed a strong message to his critics that Trump has a strong base to challenge. Besides, the US’ political culture today is more forgiving towards failures. One reason for this is that the presidential role has become more personalized. Instances like the Gulf wars (in the 1990s and 2000s), the 9/11 attacks, and several wars against terror have made American presidents national saviors in public eye. Since the expectation is sky-high from such leaders, they also win the benefit of the doubt when things do not go in America’s favor. Trump is the beneficiary of such a culture.

But besides these reasons, it is also the Trump factor which has not yet written it off in this election year even after the devastation that America has faced — in terms of health, economy, and mental trauma. The septuagenarian has imported certain features into America’s political system that would leave the liberal observers distraught but the reality is that those features cannot be ignored, irrespective of people like Trump or not.

Trump’s personality is like an onion, it has many layers.

Trump is an individual who has made himself a good fit into the president’s chair today. It is easy to paint him as ‘shameless’, ‘dishonest’ and ‘heartless’ but those expletives do not truly assess the man and hence pose little threat to derail him. Trump’s personality has many layers, if not depth. Like an onion, it is imperative to peel those layers before starting to fire at him. Till now, his critics have taken little pain in doing that important bit and the result is seen: Trump continuing to play his game unruffled.

Trump is one enjoys his own style of work

The tycoon, in the first place, treats politics just like an extension of business and entertainment — the two fields he has worked on before becoming the commander-in-chief. An extrovert who is little agreeable, Trump believes in acting out relentlessly. His body language and gestures; the words that he uses often to champion himself and belittles others — give enough indication of the fact that he is not a personality that can be easily influenced externally.

He has a strong sense of self-conception because he knows how to act before cameras — whether those of the entertainment or the media world. He also knows to enjoy the process that leads towards the destination. By mocking opponents as ‘crazy’, ‘crooked’ or ‘sleepy’, Trump also proves before his constituencies that he is an outsider who can take on rank politicians without the slightest of a hiccup. There is no challenging the fact that even for the most critical of his critics, Trump’s humiliating but colorful ways of communication is an unmissable cake!

The Trump phenomenon is a structural one

The Trump phenomenon is also a structural one. There is a perception that the maverick Republican is responsible for allowing America’s political culture to decline. But it is the other way round. The US has seen more of hyped leaderships after Ronald Reagan — whether it is on the Republican or Democratic side. In between 1989 when George H W Bush came and 2016, Barack Obama’s final year, the US has witnessed many lows. Be it the 9/11 attacks or the endless wars abroad or sex scandals in the White House or the Recession or stunning inaction allowing America’s status to take a hit abroad — and these have had a cumulative effect on the average American’s psychology.

The rise of the country’s first black president did not happen at a happy time either. The sum total of all these factors saw the white conservative finding a perfect leader in Trump who ensured that he kept his mother constituency in good humor always. From threatening to expel illegal immigrants and building a wall along the Mexico wall to vowing to end America’s wars overseas and slamming Obama for every second reason. To sum it up with the call to ‘Make America Great Again’ — Trump has run the show perfectly until of course, the coronavirus took over.

For Trump, there is either a winner or loser and he is always the first one.

Trump is someone who only believes in a contest – winner or loser. There is no middle ground for the temperamental president. He also loves to see himself as a ‘comeback’ man — a label that suits his image in terms of a man who fought financial adversity in the 1990s and also one who has made a comeback through the entertainment world (read ‘The Apprentice’). The tycoon has a divine sense of self-confidence which, when mixed with arrogance, almost makes him impenetrable against any kind of attack. As the president of the US, this particular aspect of his unique personality is something that has come handy for Trump. Even in situations when Trump senses that the odds are against him, he manages to find an enemy — not just for himself but for the entire American society.

Trump has left his own party secondary to him

There is no denying the fact that Trump has charisma. It doesn’t matter what Trump says. All that matters for his loyalists are that he speaks and speaks voluminously. Be it against his domestic or foreign opponents, Trump’s roars make him a popular leader. There is no shortage of the generation of the man’s thundering takes because anger is his dominant emotion and propels his social communication. He is also less ideological and an outsider who doesn’t abide by the established rules of political correctness. Even though Trump is a Republican, his personality cult has made the party secondary and established him as an image that represents America. True, Trump is no America but every other avenue to prove that he is not has failed miserably so far, thanks to the liberals’ ‘hypocrisy’ who think they can do anything to pull Trump down.

Take for example the case of NBC News’ Chuck Todd. The clipping of the video of Attorney General William Barr on the Michael Flynn controversy on Todd’s show was a horrendous example of sloppy and biased journalism. It was all done to show Trump and his sympathizers in poor light and weaken the president’s support base when the pandemic was already wreaking havoc. But it backfired big time and Trump’s liberal opponents were exposed again. It is the same with the rape accusation against Joe Biden, Trump’s likely opponent in this year’s presidential election. If Trump is vilified every now and then for his words and acts, why should the liberals be let off?

Trump is a president who might mark a change in the flow of history. He is a man who has ended the culture of being politically correct which, people realized, did not help America in a lot of cases. The era of globalization, free trade, and liberal internationalism have not always made the US a winner. Despite being a superpower, the country has been made to bleed and lose by successive leaderships who either acted recklessly or without being far-sighted. Trump has arrived to undo these historical wrongs. He has definitely given birth to another set of problems that only the future can take care of. But as of now, he is undoubtedly history’s favored leader.

State-Sanctioned Exploitation Of Workers: Could India Be Risking Labour Riots?

Bois Locker Room: A New Twist Does Not Negate The Original Criticism

Intrinsic US Healthcare Policy Lacunas Behind The Ghastly Covid-19 Crisis

Another Ramadan Without Prayers From Pakistan For China’s Uighur Muslims

Should The World Thank China?

If Trump Goes For Military Retaliation, Xi Can Show Who’s The Boss In East Asia

The Stakes Have Never Been Higher For ModiNomics

From Michelle Obama To Melania Trump — The Devolution Of The FLOTUS

State-Sanctioned Exploitation Of Workers: Could India Be Risking Labour Riots?