Pandemic Breaks The Back Of Bollywood’s 100 Million Club

The movie industry is reeling under the pandemic and going through a dramatic shift. Even single-screen theatres are losing anything between $2.5 million – $7.5 million every month. There are worries that the sector will never be able to return to the previous normal with no clarity as to what lies ahead for India’s entertainment industry.

The annual report compiled by industry authority Federation of Indian Chambers of Commerce & Industry (FICCI) and consulting firm shows that the sector’s revenues dipped in 2020 by 24 percent to $18.9 billion. This indicates that the industry has shrunk back to 2017 levels. As per credit rating agency Moody’s, the slump was significantly worse than the 8.9 per cent drop in India’s GDP.

The pandemic has rendered film and television the biggest losers, with only 441 released films in Indian cinemas during 2020 in contrast to 1,833 during 2019. As a result, film sector revenues declined 62 percent from $2.63 – $997 million. About 1,500 cinemas are predicted to have shut shops permanently, leaving India with around 8,000 screens.

The television segment in 2020 followed suit, too. It fell by 13 per cent to $9.4 billion a year later from $10.8 billion in 2019, mostly because of a reduction in the advertising revenues. Most of the credit goes to a very captive audience which is not surprising with recording the most significant growth as digital subscribers.

In 2020, some 28 million Indians paid $53 million to become new streaming subscribers leading to a 49 percent growth in the digital subscription revenues space compared to only 10.5 million new subscribers in 2019.

Additionally, the mobile data plans and tie-ups with several online streaming platforms also pulled in another 284 million Indians. It seems like a part of the loss that the film industry’s theatrical revenues were made up through the higher digital rights revenues. During 2020, the revenues doubled up to $483 million, with many producers deciding to approach the streaming platforms with the content instead of waiting for a big release. 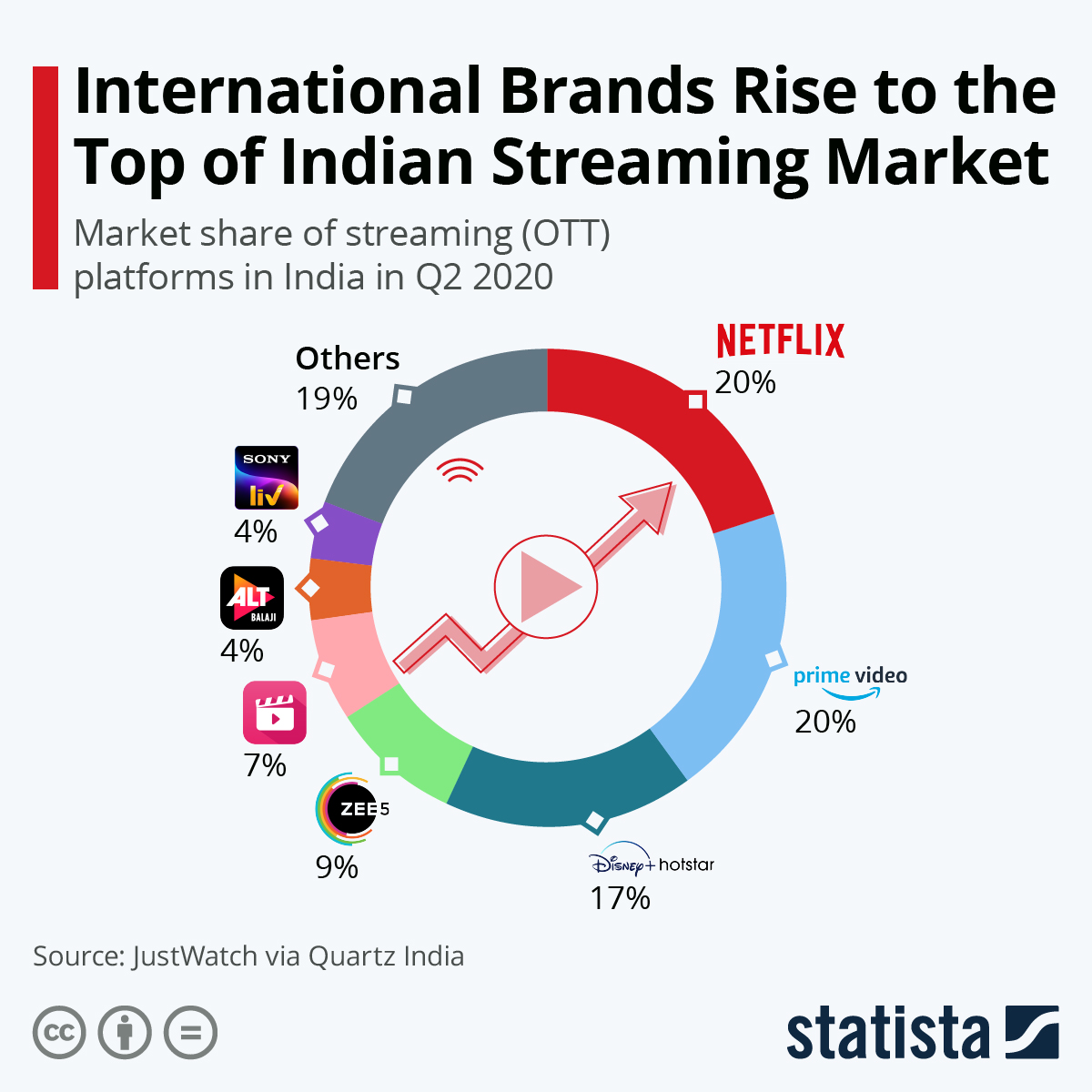 This report seems to project growth in 2021 and cites that there is spiked demand for the theatrical experiences with big titles like SS Rajmouli’s ‘RRR’ and multi-starrer and much-hyped ‘Sooryavanshi’ that is due to hit the silver screens.

Overall, the entertainment sector that consists of television, print, digital, films, animation and VFX, live shows, online gaming, out-of-home media, and radio and music is set to recover 25 percent in 2021 and reach $23.7 billion. Furthermore, it is poised to grow at 14 percent and reach $30.6 billion by 2023. Also, the television industry is all set to recover to at least 2019 levels.

The joint report further predicts revenues of $10.5 billion in 2021 and digital media forecast to grow to $4 billion from $3.2 billion. While the film sector is expected to reach $2.1 billion, it is undoubtedly below the 2019 levels and does not look any brighter for now. Also, animation and VFX are forecast to bounce back big from $732 million to $1 billion.

The Future is Digital

Looks like a silver lining has been spotted with the digital OTT platforms, music streaming platforms, and radio witnessing a steady growth in their revenue models. According to a KPMG report, online content consumption has increased in time and newer audiences mostly because people are now confined to their homes because of the pandemic.

Experts even believe that this would eventually result in habit formation and witness people indulge in digital, TV, and online gaming. Major production houses are now turning to digital releases of their movies on the OTT platforms rather than waiting. This will undoubtedly shrink the box office revenues because people will avoid crowded spaces for a while now.

Related: IPL 2021 Indefinitely Postponed: What Next For Players, Sponsors And Fans?

According to the BBC, even in the digital radio space, it boasts a streaming increase of around 18 percent. According to the reports, the consumers turn to radio for information and community connection, listening to podcasts in such a time of heightened uncertainty.

With most live festivals and shows like Burning Man (US), Glastonbury Festival (UK) being cancelled and postponed, even artists have been pushed to come up with creative ideas to connect with their audience. Now, musicians’ live concerts through social media platforms like Facebook, Twitter, Instagram, and more and even streaming online on digital platforms.

No matter how gloomy the picture looks, India has a huge entertainment industry. There is still business to do. It might only require artists to have a more creative approach.

Vaccine Patents Divide A World In Dire Need Of Solidarity