Indian Millennials Migrating Abroad Have More Options Than Ever Before

Millennial Indians looking to migrate overseas in search of better prospects and lifestyle are exploring many more options than their Gen X counterparts.

A large number of wealthy Indians are exploring opportunities for moving overseas. Compared to 2019, 2020 saw an over 60 percent increase in Indians seeking to move overseas, according to Henley & Partners, a global citizenship and residence advisory firm. 7,000 super-rich individuals moved overseas in 2019, according to Global Wealth Migration Review. This is not a new trend. The number of rich people moving abroad has been steadily increasing from 2015 onwards when 5,000 uber-rich people decided to leave homeland for good. But why are millennial Indians increasingly looking abroad in search of better prospects and lifestyle offered by migration.

India with 17.5 million strong diaspora in 2019, had the largest overseas individuals. In 2016, Indians remitted well over US $4.6 billion overseas (the Liberalized Remittances Scheme or LRS permits residents to remit US $250,000 a year) in FY 2020, Indians sent a whopping US $18.75 billion back under the LRS. This jump in remittances can be attributed to the ever increasing number of students, a significant percentage from the middle-class and non-metropolitan cities, going overseas for education. 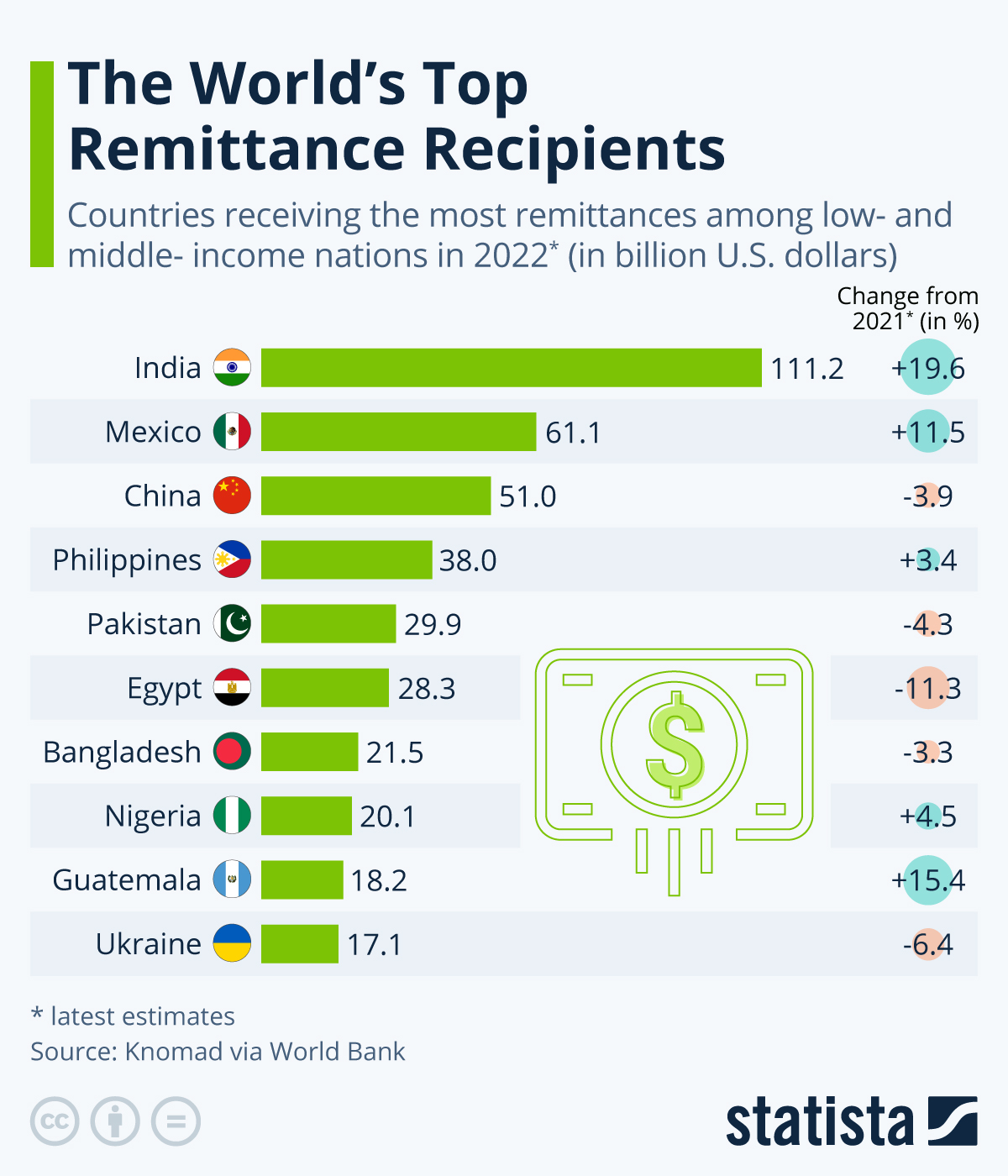 According to Henley and Partners, the most sought-after destinations where affluent Indians migrate are Australia and Canada. But there are other options that these millennial migrant Indians are now exploring. While NRIs residing in countries like Singapore and Dubai generally look at citizenship by investment options which provides them an overseas passport which is more powerful (examples being Malta and Austria), wealthy Indians in India seeking a foothold overseas are looking at residency by investment.

For businessmen, the Caribbean is emerging as a favored destination as a result of island states having easy immigrant policies and long queues for US business visas. The Grenada business visa is especially sought after since it is used as a stepping stone to the US, since the country has an investment treaty with the US. In the midst of the pandemic, countries which had dealt with the outbreaks better, such as New Zealand, were sought after destinations. The country led by popular woman world leader Prime Minister Jacinda Ardern has become a popular choice for Indians, coming third after Canada and Australia as a result of its efficient handling of Covid-19.

Related: Beyond Remittance And Oil: The New Reality Of India’s Gulf Ties

Brain Drain for a Nuanced Approach

While the old narrative of ‘brain drain’ is passe in today’s interconnected world – many would argue that in recent years, globalization has been questioned the world over. Also, individuals seeking more business-friendly environments, better work opportunities and good quality of life, alongside a powerful passport makes perfect sense. Many Indians who have done well overseas have also contributed to India’s success. India’s former Prime Minister Dr. Manmohan Singh had stated that Indians who have distinguished themselves overseas are part of a global ‘brain bank’ which should be looked at as an opportunity.

Watch: Why do High Networking Individuals from India migrate?

Nevertheless, while a large number of individuals are seeking to move out, family responsibilities, rising economic opportunities in India, coupled with good medical facilities, the Covid-19 pandemic and a host of other factors that are collectively called ‘reverse brain drain’ make understanding the phenomenon complex. And so it is important to have a nuanced approach. Here’s what needs to be answered to understand the paradox:

#1 In recent years, India has jumped up places in the ease of doing business rankings (EODB). This should have also resulted in an improved business climate. In fact, in 2020 India jumped 14 slots and moved from number 77 to 63. It is important to analyze the reasons for the yearning to move overseas in spite of India jumping the rankings in the EODB. Why are Indian millennials more prone to migration than leveraging the platform the government is aiming to provide for domestic entrepreneurship. 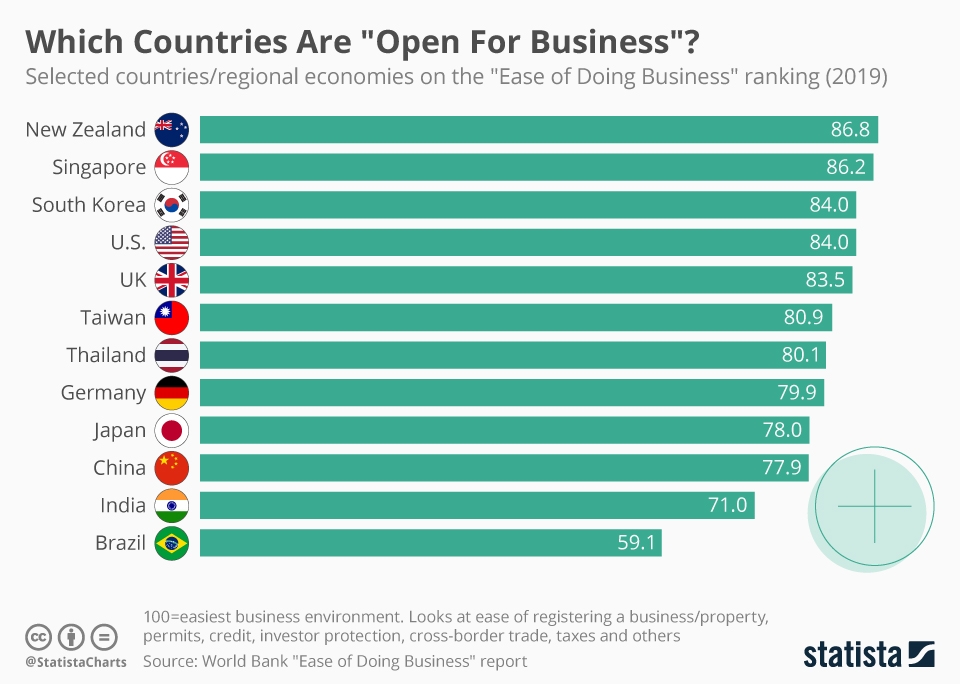 Related: The Sheikhs Are Shaking Up Gulf’s Labor Economy For The Post-Pandemic World Order

#2 While young Indians are becoming more aspirational and seeking opportunities overseas, the question that arises is, should ultra-nationalism and insularity have any place in today’s world? Recently for instance, after tweets by global music icon Rihanna and climate activist Greta Thunberg with regard to the ongoing massive farmer’s protest, there was a lot of debate about whether individuals from other nationalities should have any right to comment on India’s internal affairs. In an increasingly globalized world, should we be so insecure?

#3 Another important point which emerges from an important survey in the US is that large sections of the diaspora, while making liberal political choices in countries they migrate to, support conservative views back home. This was evident from the Indian American Attitudes Survey (IAAS) conducted by the University of Pennsylvania and the Johns Hopkins University. While there were concerns expressed with regard to racism in the US, the participants failed to show similar concerns with regard to the increasing stranglehold of right-wing fundamentalism on politics in India. Moreover, polarization of Indian diaspora is also counter-productive because there is a tendency to pay more attention to one section of the diaspora, while ignoring others. If millennial Indians abroad are to play an important role in India’s development despite migration, then this is problematic. Globalization should not just be about economic benefits from exchanges with the outside world, but also a genuine openness to India’s external and even criticisms. It is also important to have a consistent stance over issues like Democracy and Liberalism. Apart from this, it is important to keep in check polarization, political and religious, both at home and within the Diaspora.

Meghan And Harry Are Building Up Into Future Democrat Politicians