The speculation is mainly because his identity has always been so closely associated with the company and its success. That he is still worth about $195 billion is another story.

Amazon founder and outgoing Chief Executive Officer Jeff Bezos sold $2.5 billion worth of Amazon shares on Monday and Tuesday in his first significant share sale in 2021, bringing his one-week total to $4.9 billion. According to US Securities and Exchange Commission (SEC) filings, the world’s richest person sold around 7,39,000 Amazon shares this week under a pre-planned business deal. This leaves Bezos having close to 52.5 million shares of Amazon, which makes up for about a 10.4 percent stake in the company. In addition, he plans to sell up to two million shares of Amazon.

Bezos is known for regularly cashing at least $1 billion from his stock sales every year.

The Amazon founder shed off shares of the company that was worth $10 billion in 2020 in three sets in February, August, and November. Nevertheless, despite the share sales, Bezos continues to have more than a 10 percent share in Amazon. As per the Bloomberg Billionaires Index, the bulk of Bezos’ $191.3 billion fortune comes from his stockholding in Amazon. In 2020, the company’s shares had rallied 76 percent as people primarily shopped online due to the ongoing pandemic.

So, what could happen next for Amazon – is this share sale for funding Bezos’ space travel startup Blue Origin, or is it something more personal in nature?

Jeff Bezos and MacKenzie Scott announced a divorce update via Twitter in nearly April that the settlement will give 25 percent of the stakes that Bezos holds in Amazon to MacKenzie. She is expected to become one of Amazon’s four top shareholders and worth about $35 billion. While MacKenzie agreed to hand over the voting control of her shares to Bezos and gave up her claims in the Blue Origin and The Washington Post. 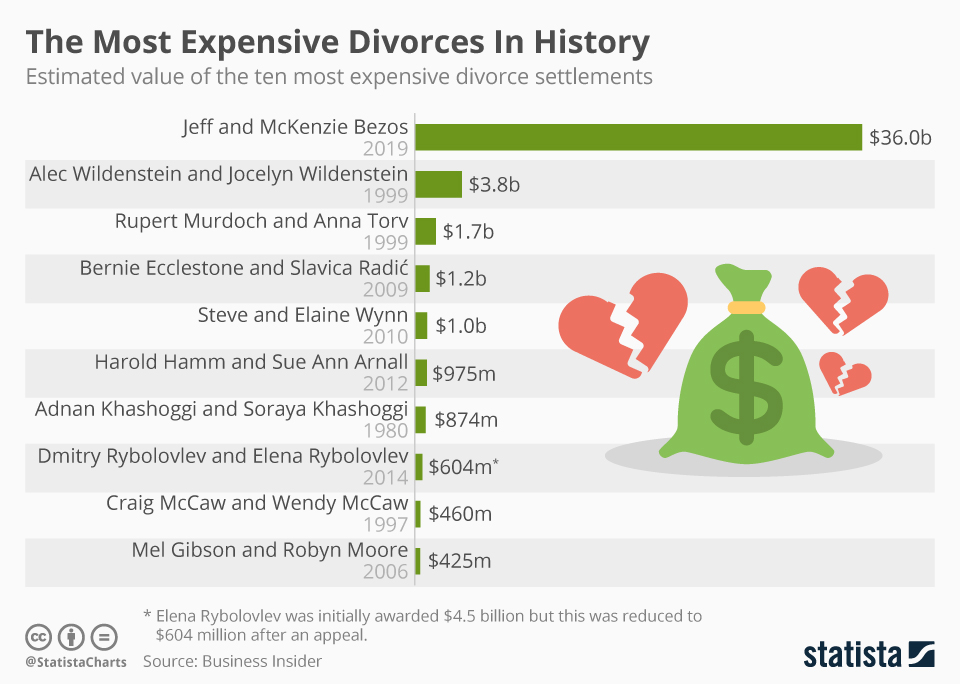 According to a TMZ report, the couple had no prenuptial agreement that only meant that the world’s biggest individual company could have been split, too. With Jeff losing any direct control of half of his Amazon stake. But that did not happen. He is to retain 75 percent of his original stake and also maintain MacKenzie’s voting control. Also, she did not request a seat on Amazon’s board or pushed for any company changes. Experts said that the divorce would add some amount of uncertainty for Amazon. Indeed, it did create some distraction for Bezos.

Although there are no fewer challenges for Bezos, he has just started developing another significant 25,000-employee office in Virginia. Amazon is also expanding into smart-home gadgets such as the popular Alexa-powered Echo speakers, health care, groceries, robotics, as well as Hollywood and new international markets. Additionally, Amazon’s primary business competition continues to get bigger. Walmart, Reliance Jio, Target, and other retailers are fighting hard to catch up. This leaves very little space for any errors from Bezos. If the team stops executing the way it has for the past few years, many competitors could jump right ahead.

Bezos to step down as CEO later this year

Bezos had announced in February that he will soon be stepping down as the Amazon CEO and will take over as the executive chairman of the company in the third quarter of this year. He also mentioned how he intends to shift the focus of his business and concentrate on his other ventures, including the Blue Origin, The Washington Post, and his other philanthropic initiatives such as the Bezos Earth Fund, Day 1 Fund.

In fact, in 2017, he told the media that he had been selling shares worth $1 billion every year to finance his space exploration company called Blue Origin. It is not clear that the sales this week have been done to bankroll Blue Origin. But, it might be of interest to note that an auction began on Wednesday for just one seat on its first commercial flight scheduled for July 20.

Watch: Why Jeff Bezos Is Stepping Down As Amazon CEO

Related: New Amazon CEO: Who Is Andy Jassy? And What To Expect From Him?

When it published the first-quarter earnings last week, Amazon had exceeded expectations. Revenue jumped 44 percent to $108 billion and profit up to $8.1 billion. Robust e-commerce and cloud service performance stimulated the company. That led Amazon to its fourth time record-breaking quarter in a row. Initially, the stocks rose as much as 2 percent after the earnings report for the first quarter. However, the share prices fell by almost 6 percent.

Analysts believe that even a $35 billion poor Bezos (after the divorce settlement) is to remain quiet as indulged and motivated as he was ever before in Amazon’s success story. The speculation is mainly because his identity has always been so closely associated with the company and its success. That he is still worth about $195 billion is another story.

Biden's Progressive Jobs Plan Has A Dash Of Trumpism