At a time when the deadly Covid-19 resurgence overwhelmed the health infrastructure and brought many to the doors of poverty, most of the Indian billionaires were missing in action.

When the country was battling with a catastrophic second coronavirus wave with over 27 million COVID-19 cases and 3 million reported deaths, India’s richest fled to foreign shores, hunkered down in safety bubbles, and minted so much money out of the crisis that their cumulative wealth grew at least 10 times.

At a time when the deadly virus resurgence overwhelmed the country’s medical system, collapsed the health infrastructure, brought many to the doors of poverty, led hundreds of children orphaned, forced thousands to dump their loved one’s dead bodies in the river as they struggled to afford cremations, most of the Indian billionaires were missing in action.

India’s richest minted so much money out of the Covid-19 crisis that their cumulative wealth grew at least 10 times.

Some of India’s richest people formed bubbles with their families and staff. This included Kris Gopalakrishnan, one of the billionaire co-founders of IT giant Infosys, who has a net worth of nearly $3.3 billion. Gopalakrishnan, the former president of Confederation of Indian Industry, stayed indoors with his family and staff, shunned outside contact and had only home-cooked meals.

“When people phone you from ambulances outside hospital gates, it’s distressing and you do your best to help. At the back of your mind, there’s also guilt whether you’re taking away the hospital bed from someone who needs it more,” he told Bloomberg.

Nandan Nilekani, another Infosys co-founder and former chairman of Unique Identification Authority of India (UIDAI) with nearly $2.2 billion net worth, was also holed up in his home in Bengaluru.

Co-founder of Byju’s (an Indian multinational educational technology company), Byju Raveendran, was confined with his extended family and personal staff in Bengaluru. “The support systems are strong and outside contact has been minimal,” he said. Byju’s sets up INR 200 million CEO’s fund to bear the hospitalisation expenses of its COVID-19 affected employees. Raveendran has a net worth of over $3 billion.

Sunil Vachani, founder and chairman of smartphone maker Dixon Technologies, took shelter with his family in his sprawling 1,250-sq yard bungalow in New Delhi’s leafy Golf Links. “We are following a “no outside contact” protocol, and communicating with colleagues virtually,” he said.

Billionaires’ Race To The Top

Mukesh Ambani, Asia’s richest man, shifted with his family from the second most expensive house in the world (his residence Antilia in Mumbai) to Jamnagar. The city in the state of Gujarat is home to Reliance Industries’ mega refinery and petrochemicals complex. Apparently, he is in Jamnagar to “personally supervise the COVID-19 relief work”.

Ambani’s wealth increased 24% on a year-on-year basis on the back of a surge in the value of Reliance Industries. He is now world’s 8th richest person with a fortune of $83 billion, according to the Hurun Global Rich List 2021. 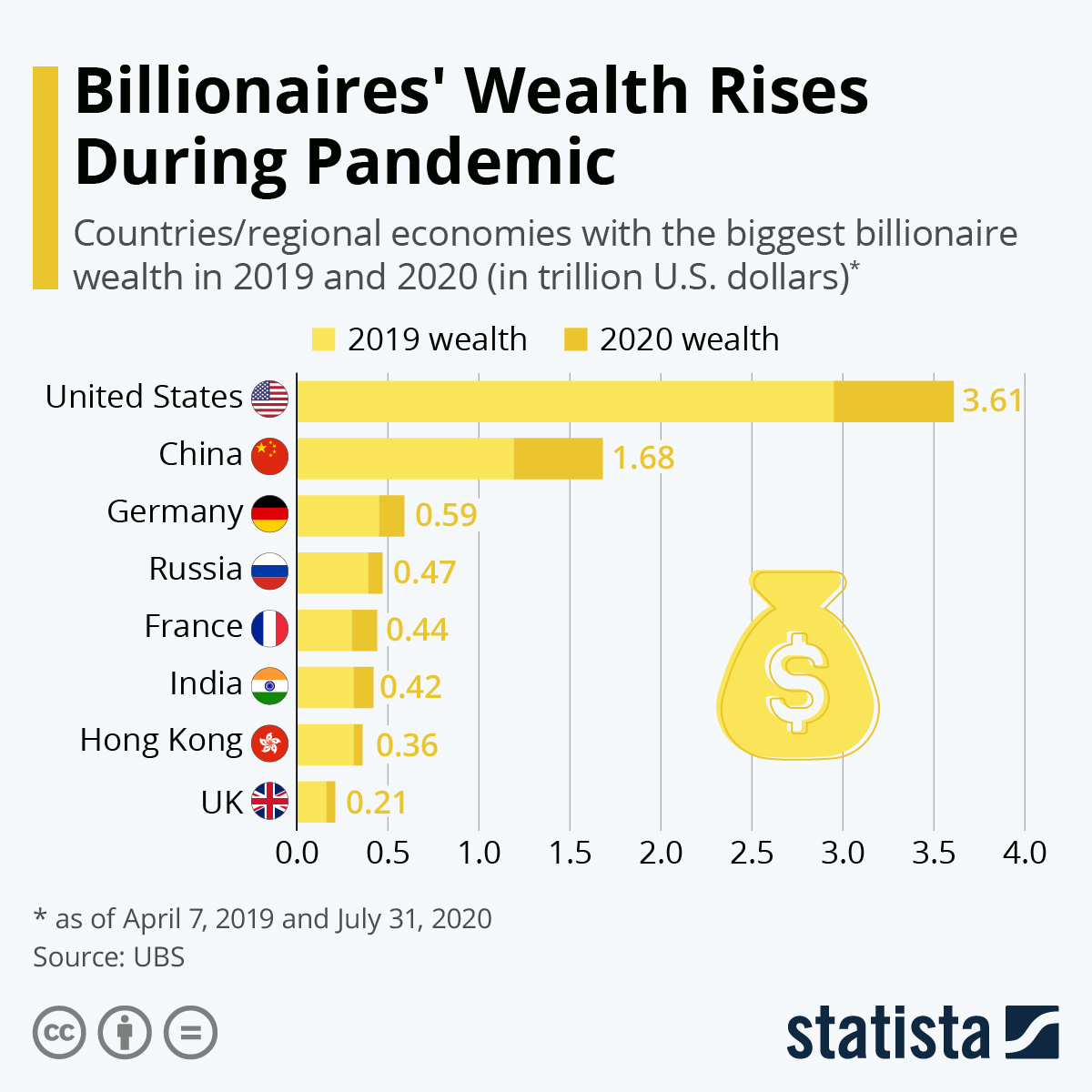 India’s second richest person, industrialist Gautam Adani who heads a massive business conglomerate in the country, also shifted to their lavish home on the outskirts of Ahmedabad in Gujarat with his son Karan Adani and other close family members.

While businesses and the general public in India choked under the COVID-19 curbs, Gautam Adani added $20 billion to his wealth in the past pandemic-ridden year. The other 9 billionaires in the Indian top 10 added $2.3 billion—cumulatively. Adani created more wealth in the last 12 months than most of world’s billionaires – including Amazon’s Jeff Bezos, Tesla’s Elon Musk, Microsoft’s Bill Gates, and Facebook’s Mark Zuckerberg.

Adani jumped to the 14th spot on Bloomberg’s Billionaires Index when his net worth, an estimated $68.4 billion, overtook China’s Zhong “Lone Wolf” Shanshan on May 20, 2021. Adani Enterprises, Adani’s flagship company, has seen its value rise almost 846.27% over the past year.

The COVID-19 pandemic only made India’s rich even richer. The country added 40 new billionaires in 2020.

Leaving On A Jet Plane

The return of COVID-19 spurred India’s ultra-richest to flee their homeland, mostly on private jets. With reports of hospital beds, oxygen and drug shortages; and the country becoming the coronavirus epicentre of the world with over 400,000 COVID-19 cases a day, the wealthiest booked flights to boltholes in Europe, the Middle East and the Indian Ocean.

Private jet provider, Enthral Aviation, told AFP that it was overwhelmed. “We have requested more aircraft from abroad to meet the demand … It costs $38,000 to hire a 13-seater jet from Mumbai to Dubai and $31,000 to hire a six-seater aircraft. People are making groups and arranging to share our jets just to get a seat… We’ve had some queries for Thailand but mostly the demand is for Dubai,” an Enthral Aviation spokesperson said.

At least eight private jets were flown to Britain from India on April 24 alone as the UK added India to its “red list” of countries. Apparently, the jets cost more than $138,000 (£100,000) to charter for the nine-hour flight.

““Get me out” were the three words messaged to me. This gentleman didn’t mind where to or how and even requested we look into helicopter options to shuttle him across the border where he could then transit through and head elsewhere,” said Charles Robinson, founder of private jet charter company Just Jet.

Related: Covid-19 And India: Bitter Reminder To The Rich They’re Not In Control

Did They Do Enough?

As they ran vast empires from the luxury of their lavish homes in the country or away, did India’s billionaires do enough to help their countrymen fight against COVID-19?

According to Scroll, the few who contributed in helping provide essential aid like oxygen supplies did so through their companies’ corporate social responsibility initiatives, and not from their own pockets.

In April, Reliance Industries became India’s largest producer of medical-grade liquid oxygen from a single location. Reliance also supplied over 15,000 metric tons of oxygen free of cost. Mukesh Ambani was heavily criticised because many felt he did very little compared to what he could afford.

Scroll noted: “One cause of this criticism is the fact that Ambani – who earned Rs 90 crore an hour in 2020 – was way behind fellow billionaire Azim Premji in his philanthropic contributions during 2020 when India was struggling with the first wave of COVID-19. Premji, the founder chairman of Wipro and India’s 15th richest person, donated 10 times more than Ambani in 2020.”

Tiger Woods Rehab Update: How Soon Will The GOAT Return To Golf

Gaza Conflict Helps Both Israel And Hamas. So It Continues.