Based on a gross overestimate of India’s vaccine manufacturing capabilities, the government pursued a discriminatory, nationalistic vaccine approval policy, resulting in a disaster.

During the Covid-19 pandemic, India had become “the pharmacy of the world”. The claim was made by the Prime Minister of India Narendra Modi at the Invest India Conference in Canada on October 8, 2020, and then again on March 7, 2021, on the Jan Aushadhi Diwas.

How did the “pharmacy of the world” come to be looking at other countries for its own vaccine needs in just about a month? How did the largest manufacturer of vaccines in the world fall short of supplying its own needs? That is when the prime minister claimed back in October 2020, that the country was “ramping up production” to help the world battle the pandemic.

True, India is the largest manufacturer of vaccines in the world in terms of the number of doses. But the claim rests largely on the manufacturing capabilities of the Serum Institute of India (SII), which produces and sells over 1.5 billion doses of different vaccines globally, including vaccines for Polio, Tetanus, Diphtheria, Pertussis, Hib, BCG, r-Hepatitis B, Measles, Mumps and Rubella. It also claims that an estimated 65% of the world’s children receive at least one vaccine manufactured by the SII.

The SII is a privately listed company. It does not answer to any investors, bankers, shareholders, or board. The decision to invest millions of dollars to produce Covid-19 vaccines was also taken in “just a quick five-minute chat” between a father and a son, Adar Poonawalla, CEO of SII, the son, had disclosed to NPR in an interview in July 2020.

The Pharmacy of the World

“India is the world’s biggest drug maker and often called the pharmacy of the world,” notes Ailsa Chang. The NPR host to the interview of Adar Poonawalla in July 2020 when the SII had just decided to produce Covid-19 vaccines. The Indian vaccine maker had merely bought the vials and containers for it. So the Prime Minister’s claim that “India has now turned world’s pharmacy” appears to be another brazen attempt to take undue credit.

India has been the pharmacy of the world for a while now. It contributes as much as 60% of the global vaccine production. But how does it square with India’s vaccine-making capabilities with regard to Covid-19 vaccines is an altogether different issue. The questions that should have been asked were:

“India contributes 60% of the vaccine production to the world. India is going to play a vital role in equitable distribution of vaccines around the world,” Sudarshan Jain, the Secretary General of Indian Pharmaceutical Alliance (IPA) Secretary told the PTI in December 2020. 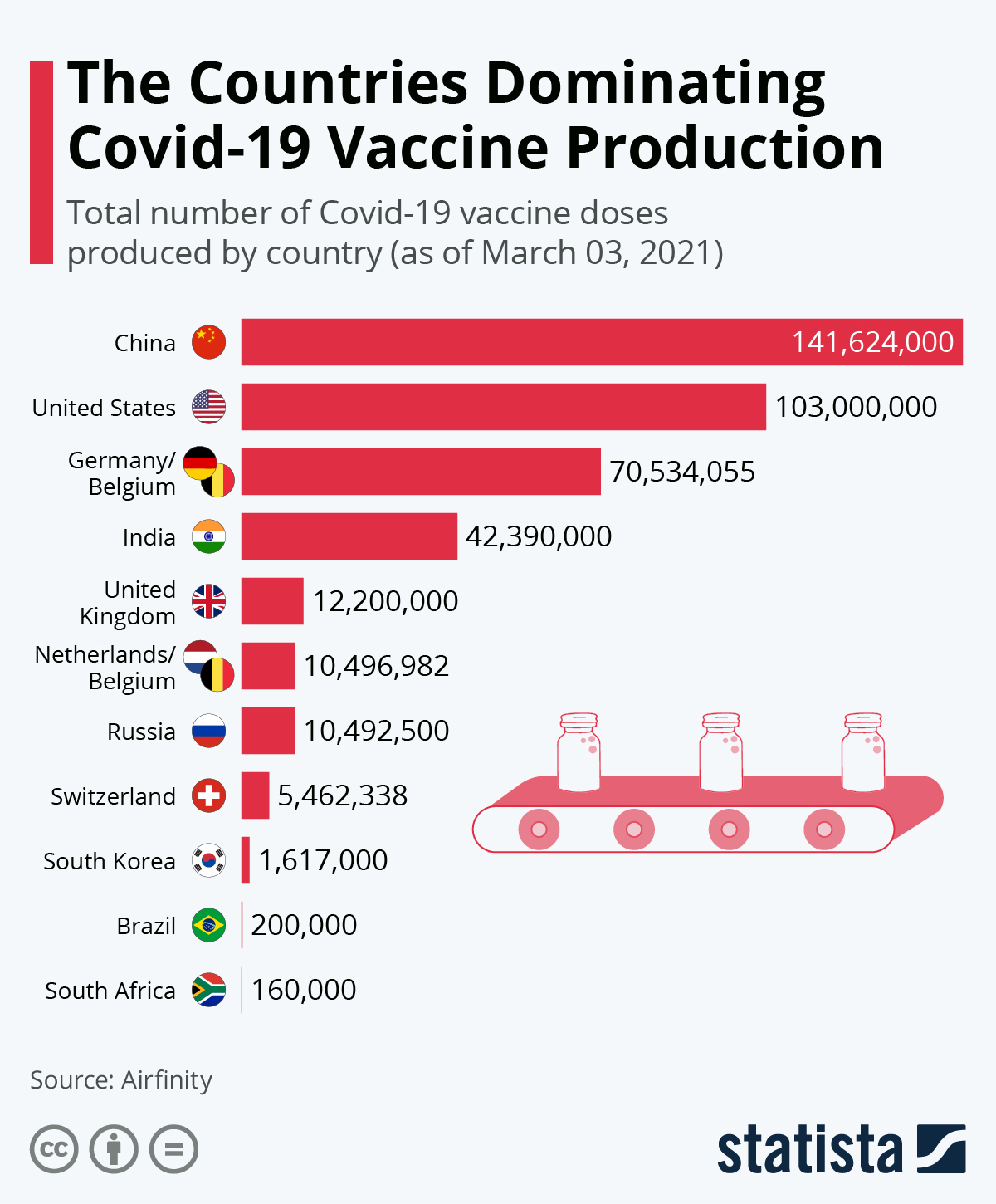 The claim that India would be a major player in global vaccination programs was largely based on the fact that India accounted “for around 60% of the total vaccines supplied to the UNICEF, since the cost of manufacturing and clinical trials in India is relatively lower than in developed countries,” as noted by the International Market Analysis Research and Consulting group.

If India supplies 60% of the vaccine requirement in the world, could it then be said that India could deliver 60% of the Covid-19 vaccine doses required globally? Not exactly.

There are several reasons why India’s 60% Covid-19 vaccine share could not be the basis to estimate its Covid-19 vaccine manufacturing capabilities. Firstly, for the SARS-COV-2 virus, a much larger number of doses are required in a very short time. This means that aggregate vaccine doses, including those of other vaccines than Covid-19, required globally were going to rise manifold quickly due to the pandemic. Sure, Indian contribution in aggregate would also rise, but not in terms of percentage points. The war against Covid-19 could only be won by near-universal immunization in a short time whereas the vaccines supplied to UNICEF by India are mostly administered to children without a strict immunization timeframe. 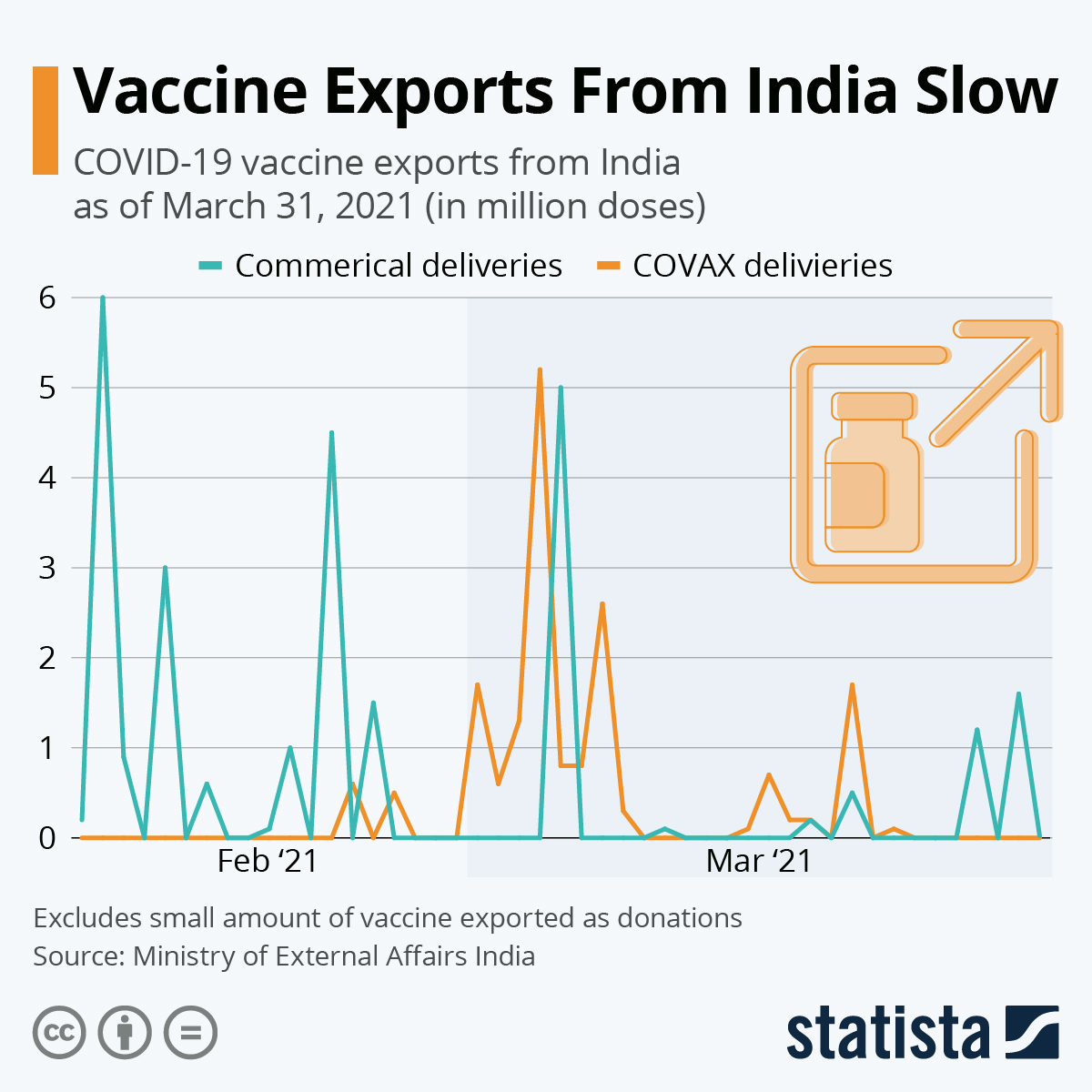 Related: The Arrogance At The Heart Of India’s Pandemic Failure

The overconfidence in India’s vaccine manufacturing capabilities explains, at least in part, the differential and inconsistent attitude India took towards approving vaccines. On February 24, 2021, India refused approval to Sputnik V on grounds of lack of data and asked Dr Reddy’s Laboratory to furnish immunogenicity data whereas SII’s Covishield and Bharat Biotech’s Covaxin were granted approval under modified norms. For instance, Covaxin received restricted approval in “clinical trial mode” because, the government explained, “the immunogenicity data generated through phase two clinical trial serves as a surrogate for efficacy.”

Covishield was granted approval while the immunogenicity data was still being generated based on the studies in the United Kingdom and Brazil, by which standard Sputnik V should also have received approval with studies showing over 90% efficacy whereas Bharat Biotech had presented no efficacy data, and had said in a statement that it “expects” the efficacy to be “around 60%”. Similarly, Pfizer was also denied approval for want of immunogenicity data in the Indian population.

Quite evidently, India was applying discriminating standards to approve homegrown and foreign-origin vaccines although Covishield was not strictly Indian-made, and had come under serious criticism for it. It’s hard to not conclude that based on a gross overestimate of India’s vaccine manufacturing capabilities, the government was trying to push the Indian vaccine manufacturers to the forefront of the vaccine race in pursuance of a new kind of nationalism — vaccine nationalism. Unfortunately, it didn’t work out so well for India.