7.35 Million Laid Off In April: Covid-19 Fury Pushes India’s Job Market To The Brink Of Collapse

April witnessed rising unemployment with a sharp spike in lost jobs but also a fall in labour force participation. India’s second Covid-19 wave seems to be interconnected with government complacency and driven by poor data collection.

After the minor job losses witnessed in February and March, India’s second pandemic wave crashed across the job market in April, wiping out at least 73.5 lakh jobs. Over 3,00,000 new cases and more than 3,000 deaths across the country every day, and the total number of Covid-19 deaths crossing the 2,00,000 mark, it is about one every 16 Covid-deaths across the globe. India’s data looks significantly underestimated.

The second wave’s virulence looks like it’s related to a collection of few factors such as the government’s inadequacies, the country’s poor data collection, denial about the data’s reality, and a new Indian variant of the virus with a hockey-stick shaped growth curve. It seems pretty evident that it is a humanitarian crisis of significance with a population of 1.4 billion. It makes up a sixth of the entire world’s population.

India is the fifth-largest economy globally and is also widely known for its essential contribution to its overall economic growth. With a relatively high growth rate (between 4 percent and 8 percent) and India’s large size, it significantly impacts the world economy.

Even before the pandemic got a proper hold of the country, in early 2020, the IMF had highlighted India’s indifferent output to be the main reason for a sluggish world growth both in 2018 and 2019. Furthermore, the IMF even downgraded its 2020 forecast to 5.8 percent, partly due to its exact expectations from the subcontinent. The world growth was down by around 4 percent for 2020, with India’s down by 10 percent. 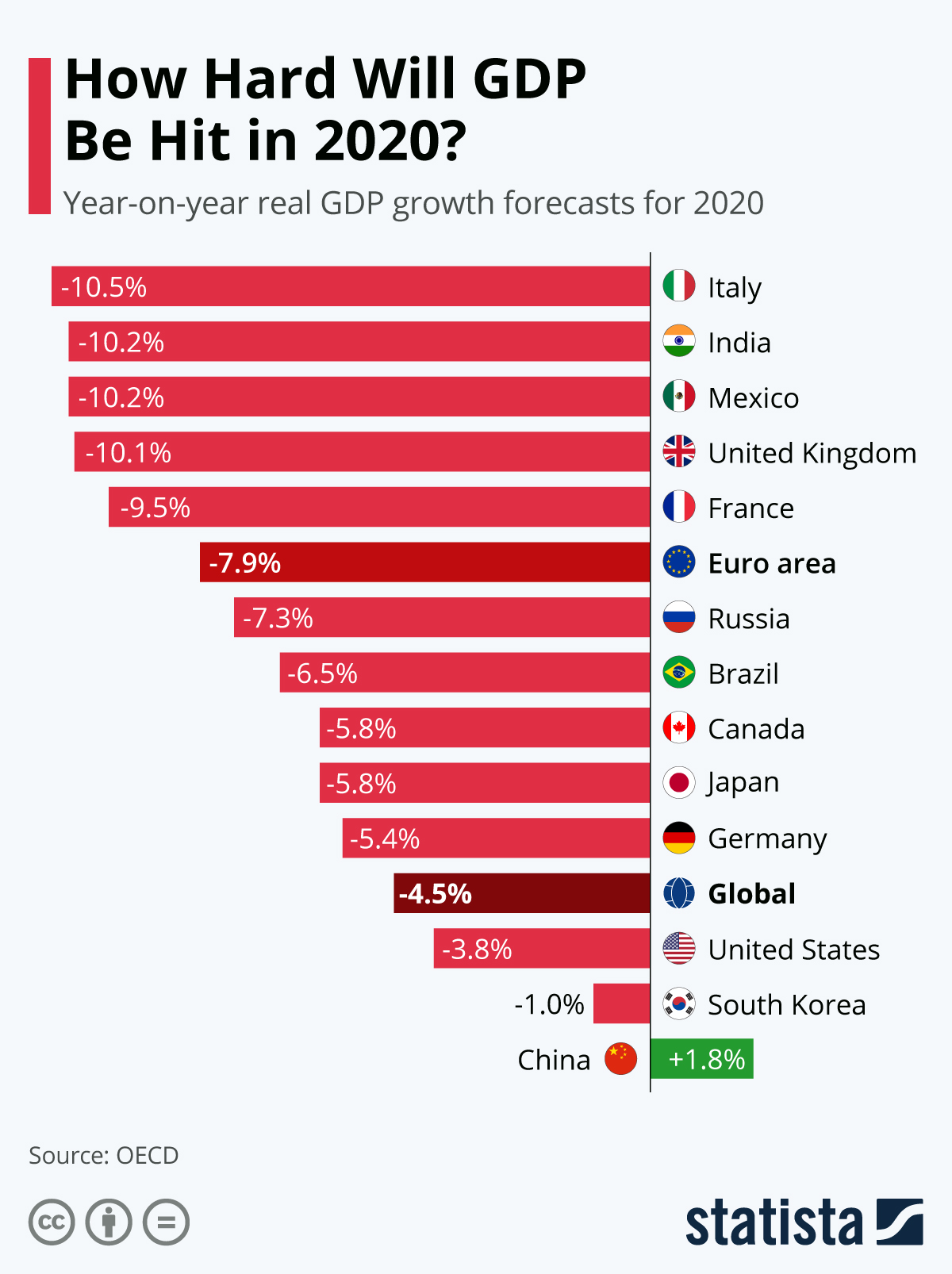 The global eyes were on the country’s overall growth and expected a much better rebound from India and the entire world overall but it doesn’t look very likely now. The investment group, Nomura’s chief economist, predicts that India’s GDP is bound to shrink around 1.5 percent in the current quarter.

Similar pandemic-connected issues exist in Brazil and South Africa that may impact world growth to be considerable. It is even before considering any knock-on effects.

It is now in the open. The salaried employees suffered the most profound blow in terms of loss of employment in 2020-21 against the most popular belief that they were the safest for jobs and income source. The Covid-19 lockdown and subsequent restrictions made this picture much clearer: nobody’s job is secure. Data suggests that the situation is most likely to deteriorate in the absence of any comprehensive job retention program, mainly since the beginning of the second wave of the coronavirus pandemic this February.

The latest Centre of Monitoring Indian Economy (CMIE) report shows that the salaried jobs recorded a sharp fall during 2020-21 to 9.8 million. In 2019-20, the total salaried jobs were 85.9 million, and the same reduced to 76.2 million by the end of March 2021. It indicated that all the Narendra Modi initiatives for job retention have fallen short. Though partially, the job crisis could be blamed on the surge of COVID cases, the nature of the government initiatives shows it needs better strategizing in the future.

In rural India, salaried jobs accounted for 42 percent, but the statistics clearly show how the rural space suffered more than urban India during 2020-21. Especially, 62 percent of the employment loss was more than 6 million in more absolute terms.

A further threat of loss of salaried jobs in the rural areas looms larger. With the tier II and tier III cities and the nearby villages reporting a spike in Covid-19 cases in the second wave, it may disrupt the job scenario in rural India.

The second wave makes economic recovery quite tricky and thus, forecasts a grim few months for the labour market. In March 2021, labour participation was 40.2 percent against 42.7 percent in 2019-20. The employment rate is down to 37.6 percent compared to 39.4 percent for the same period. Still, it seems the unemployment rate is relatively high at nearly 8 percent.

So, employees who lost their jobs in the first COVID-19 wave, The CMIE data suggests that there is a possibility of improving the situation if most of those switch to farming. Additionally, the report says that nearly 3 million businessmen in rural parts were also left unemployed. Possibly, they could have also migrated to agriculture. It reflects in the job data that shows an increase in the agriculture space with 9 million jobs.

The estimates suggest that India’s second wave will claim over 120 million jobs, which is 30 percent of the total employed in different sectors. It includes migrant labours who were engaged in an unorganized industry unofficially, small traders, daily wage earners. However, all the gloomy data could be misleading us because it seems like it’s hiding a much bigger casualty. Mainly, people are also moving from one job to another across sectors, hiding the actual loss.

IPL 2021 Indefinitely Postponed: What Next For Players, Sponsors And Fans?