Will the US government’s lawsuit against Google change the way consumers surf the internet?

The US government seems to be locking the barn door long after the search engine horse has bolted. Now that the US Department of Justice has filed its antitrust lawsuit against Google, the company’s 86.86% market share or ‘illegal’ monopoly, and advertising based revenues have entered the limelight. Google has been accused of paying billions of dollars, gathered through advertisers, to the mobile phone manufacturers to secure its place as the default search browser. This has several implications for the average consumer. 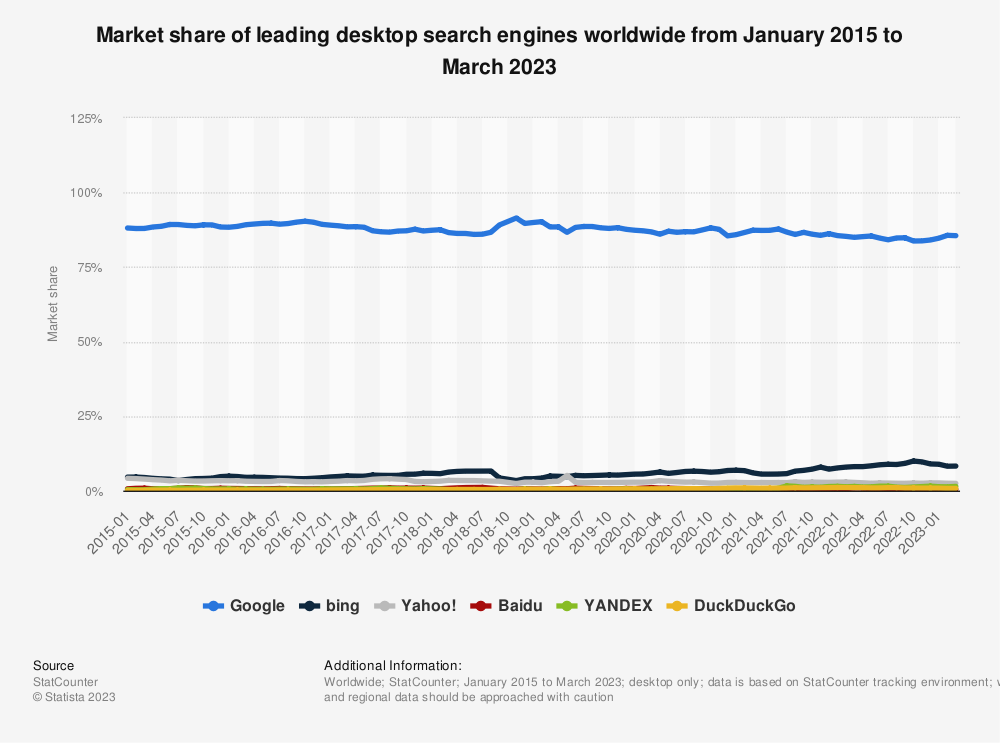 Essentially, we are the products and Google’s real customers are its advertisers. This prompts the question: How are consumers hurt by Google’s dominance in selling adverts off the world’s search queries? The US Justice department argues precisely that both advertisers and individuals are harmed by the tech giant’s monopoly in the arena.

Essentially, we are the products and Google’s real customers are its advertisers.

Google is in the constant process of gathering tons of personal data every time individual users watch YouTube videos, follow digital map routes or even use the phones software. Based on the users’ search results, Google invites advertisers to put their adverts at the front of the search results for a fee. The company is the default browser for most of the Android phones available in the market today. The tech company paid Apple the majority of a $1.5 billion sum last year for default position in the UK.

Today, around 90% of online searches in the United States occur on Google. Other search engines such as Bing, Yahoo barely have an existence.

The Internet Archive’s Wayback Machine that archives billions of web pages saved over the decades shows us startling insights into how Google has transformed over the years. Upon a simple search for a product, a searcher shall either be pointed back to Google’s own properties or a number of advert searches, as opposed to the same search a decade ago. So this simply means that the tech leviathan shall prioritize its allied parties over better search results, if doing so fetches it more earnings. For example, if you are searching for an Indian Restaurant in your area, more reviews do not necessarily mean a better restaurant.

Versus 2000, Google searches for “T-shirts” in 2020 require scrolling six times as far down the page to find an unpaid result that links to another site.

A business certainly needs revenue to sustain itself, and Google has always incorporated adverts in its searches. However, earlier they were marked in a colorful background and were fewer in number. From 2007 to 2020, Google has changed its Ad Labelling from colored background shading to now a simple black “Ad” label without any color, which might not even be conspicuous.

Kent Walker, SVP of Global Affairs at Google says, “This lawsuit would do nothing to help consumers. To the contrary, it would artificially prop up lower-quality search alternatives, raise phone prices, and make it harder for people to get the search services they want to use. Like countless other businesses, we pay to promote our services, so, we negotiate agreements with many of those companies for eye-level shelf space”.

Google’s ad-revenue business model and how it affects your knowledge of the world.

Nevertheless, the tech giant in its latest tweet also highlighted that it is child’s play to change your search engine in your browser. This would mean gradually breaking the monopoly of one single organization and have several search result options.

The government’s lawsuit points in the same direction – restricting payments to companies that make Google the default browser. However, this would mean parting ways with the additional freebies such as Google Maps, Gmail etc. We will need to wait and watch till the ad -revenue positive sum game continues. How soon will new entrants be able to gather the size of data the Google currently holds remains to be seen, but should that happen the user’s experience is likely to experience drastic turbulence going forward.

Watch: The Motivations and Merits behind the Google Lawsuit

Exposing Arnab Goswami And His 7 Most Cringeworthy Debates (2020)