Historic Global Debt, Inflation And Rise Of A New Superpower — The World Is Changing

What does the accumulating global debt mean for the people of the world? Who is going to pay off the debts of countries fighting the pandemic?

When the figures revealing worrisome accumulation of global debt were released earlier during February, the countries and financial institutions succumbed to shock. After the historical blow of the coronavirus pandemic, the global debt has reached record high of $281 trillion in 2021. The shocking upsurge in the global debt figures was witnessed after the governments, corporations and people all together borrowed as much as $24 trillion to sail through the financial headwinds of the lockdown. This humongous borrowing worldwide has resulted in a startling figure- the global debts are now more than 355% of the global GDP. 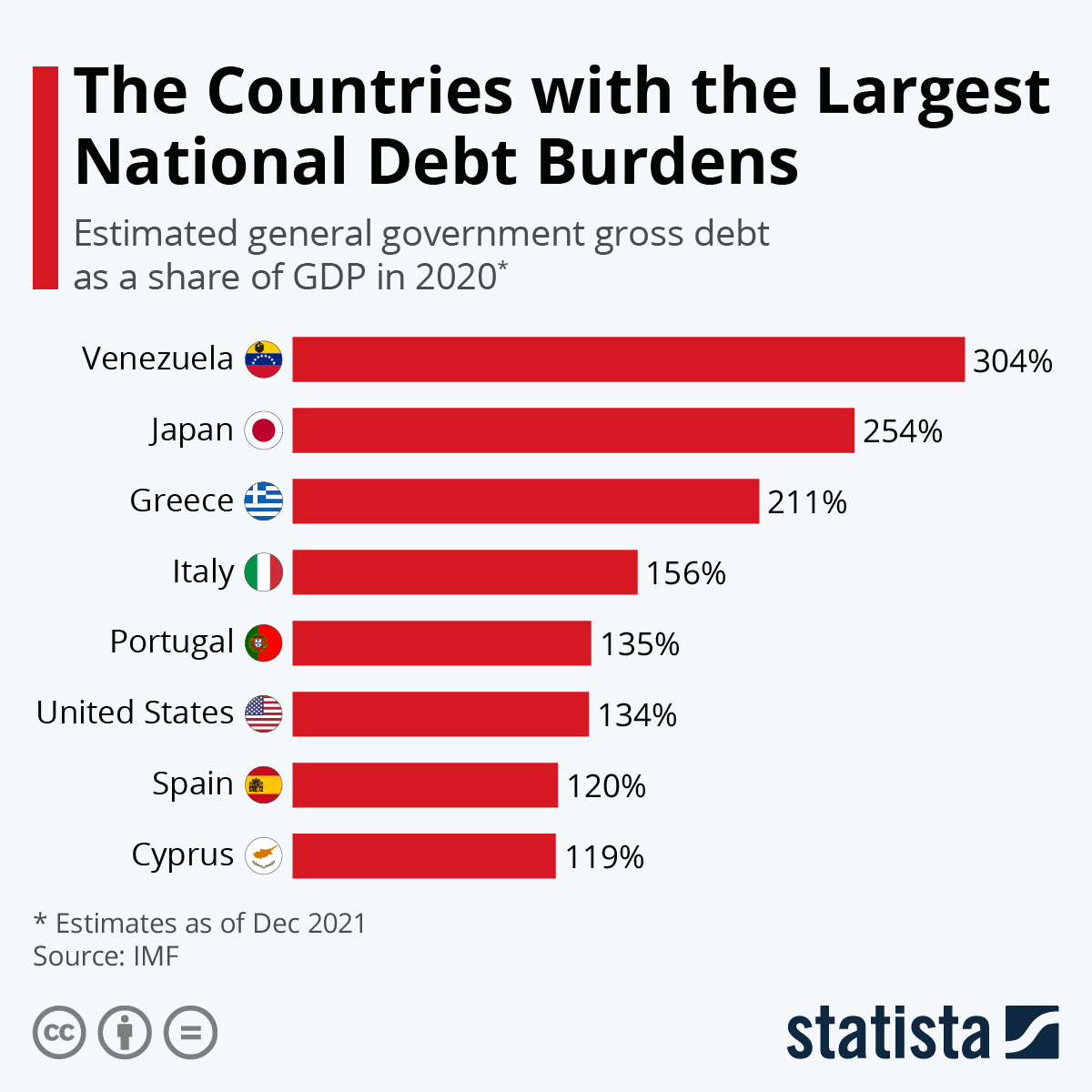 The things aren’t getting better any time soon. The borrowing trend is going to continue this year. Institute of International Finance predicts a further borrowing of $10 trillion might be witnessed from governments with big budget deficit and that the global government debts can further upsurge by $92 trillion by 2021 end. What’s troublesome from the report is the fact that non-financial corporations are left with no choice than to rely on government which makes the situation more vulnerable. Private financial corporations are not any safer. The biggest annual increase in debt ratio is credited to financial corporations only, which is the highest in a decade. So what does this mean for the people of the world? What does our future holds for us? And most importantly, who is going to pay off these debts?

Let’s begin with the most basic question.

Where did the World borrow so much Money from?

If everybody is indebted, then who was the lender? The stimulus packages introduced by governments during pandemic were the result of borrowings. Consider this:

The federal borrowings of the United States amount to whopping $4.5 trillion in FY 2020 which is thrice the borrowings made in 2019 i.e. $1.28 trillion. These national borrowings in any country are made by selling treasury bills or bonds to mainly three group of lenders:

When these entities agree to buy government bonds, they are paid back interests like any other investments. This borrowed amount is used to tackle financial problems back in the home country.

How do Governments pay back the debt?

A debt is a debt. No matter if a person borrows or a government, it has to be paid back. The amount gathered from issuing bonds and through other measures, is utilized in the repairing the internal financial shortcomings. In today’s scenario, the governments throughout the world are borrowing money not to aid a booming economy, but to recover from the massive dip due to the global pandemic. The amount declared in the stimulus is not to grow industries and add more jobs but to bring back the lost ones and help businesses pay their existing employees. This leaves governments with a bleak possibility of coming back stronger and making enough money to payback its lenders.

A layman not in sync with economic mechanism might suggest that governments should drop the prices of goods to increase buyer’s purchasing power and boost demand. However, this concept would be nothing less than a crime during the current situation. Deflation will further slow the spending by people in expectation of further price drop thus increasing the savings and also the real interest rates. This leads to an increase in the value of money and therefore, the value of the debts of a nation. In simple terms, deflation is just not an option. So what are we left with?

Related: China Is Unavoidable — No Country Knows It Better Than India

The Impending Danger of Inflation

2021 is going to be the year of inflation. It’s now payback time for the money spent on stimulus by governments. This payback shall be done by increasing the prices of goods and commodities, thus leaving you with no other option than to spend more.

While this happens always in countries, the problem is more grave this time – millions of people are already out of jobs and have exhausted their savings due to the lockdown led setback. Even if the governments survive this borrowing and inflation trends, the debt amount of the world is so huge that one generation alone cannot repay it. Hence, not just you, even your children and grandchildren will be indebted to payback.

National borrowings is a perpetual concept. It never stops. Having said that, the world ahead is going to become more indebted. These trillion dollar figures will cast the burden on the shoulders of coming generations. However, the most worrisome figures and patterns are yet to be discussed.

After 2020, there is a clear trend emerging that indicate that the US might not be a superpower in few coming decades if an effective plan is not devised. Worse, China is the one set to take over United States as the world’s foremost superpower. The national debt of US amounted to $23.4 trillion whereas, the national debt of China in the year 2020 amounted to just $9,772 billion. 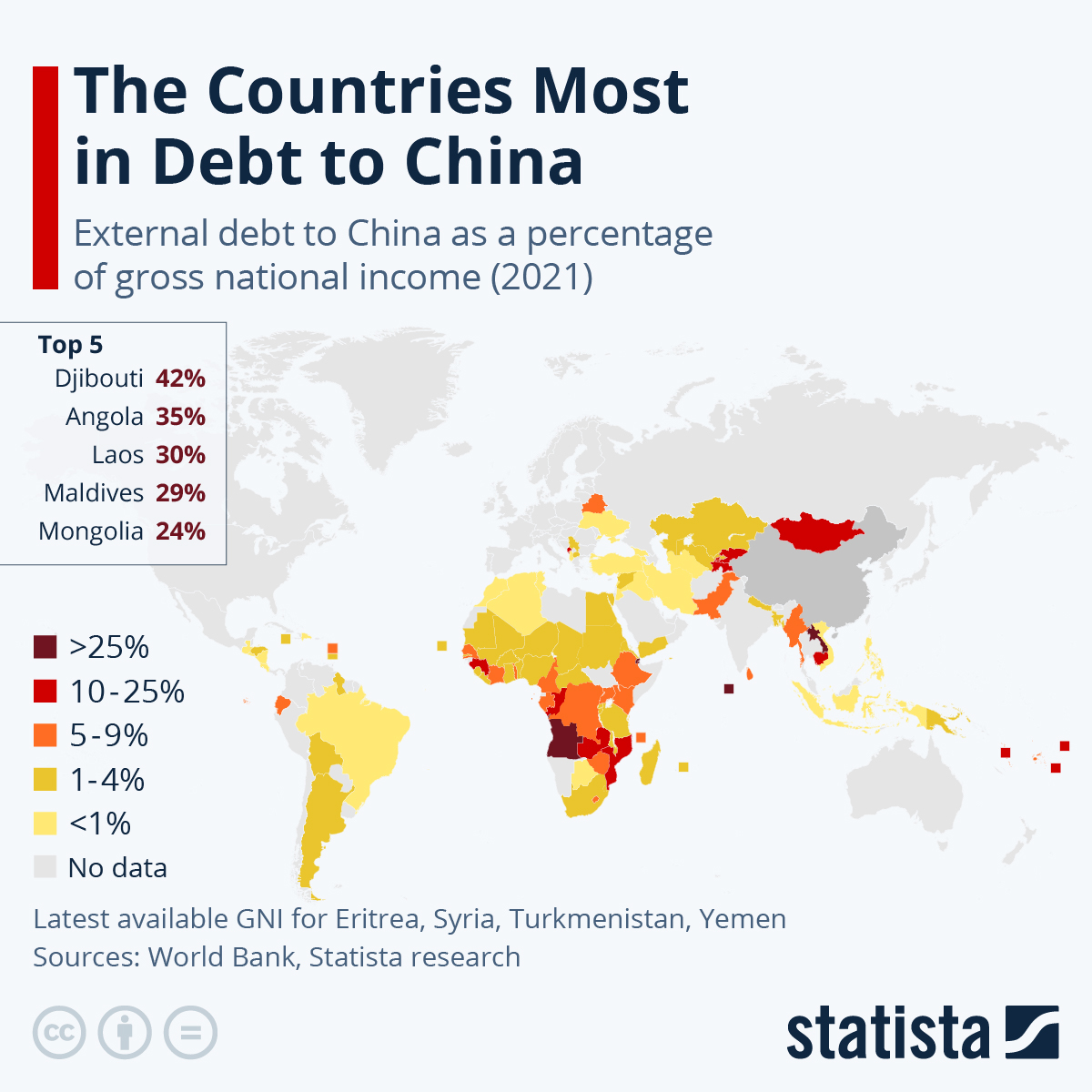 China is already way ahead of US in terms of natural resources, infrastructure, population, human capital, etc. and the increasing global debt trend in the Covid-19 stricken world has only provided impetus to the transition of power from US to China.