Donald Trump, Narendra Modi, And The Power Of Rhetoric

Donald Trump and Narendra Modi are kindred politicians. Here’s a compilation of the absurdities uttered by these powerful men in the wake of the COVID-19 catastrophe, along with the unveiled, un-warped truths.

US President Donald Trump and Indian Prime Minister Narendra Modi are kindred politicians. Both are right-wing, populist strongmen with a proclivity for divisive rhetoric. Both are supposed political interlopers who rode to power on promises of demolishing the corruption of previous regimes. Both have polarized politics and society in their respective countries. Both are known for their anti-Muslim, anti-immigrant demagoguery. Both are anti-status quo. Both share an antipathy towards criticism. Both relish power. Both are powerful.

Unsurprisingly, more commonalities have emerged ever since COVID-19 broke out, wreaking havoc across the world, but particularly in India and the United States. Be it with regard to COVID-19, the economy, or the fragile social fabric in their countries, both Donald Trump and Narendra Modi have made several statements and claims that are illogical, bordering on absurdity. Here’s a compilation of the hollow claims made by these powerful men following the COVID-19 catastrophe, along with the unveiled, un-warped truths:

Said Trump: In late February, when the U.S. had recorded under 100 cases of infection, he had famously proclaimed, “It’s going to disappear. One day – it’s like a miracle – it will disappear.” On 29 April, the President said to reporters, “It’s gonna go. It’s gonna leave. It’s gonna be gone. It’s going to be eradicated …” On 19 July, when Chris Wallace on Fox News Sunday asked Trump about his many prophecies regarding the disappearance of the virus, he promptly retorted, “I’ll be right eventually. It’s going to disappear, and I’ll be right.”

It’s going to disappear. One day – it’s like a miracle – it will disappear.

The Truth: There are, as of 31 October 2020, 9.12 million confirmed cases of Coronavirus in the United States, the highest in the world. With 2, 30,000 deaths, the country is also leading the world in the number of deaths caused by the virus. Trump’s bungled response to the pandemic – ignoring multiple briefings and intelligence assessments, blaming the Obama administration, downplaying the gravity of the virus –is widely held by experts to have exacerbated the crisis. Meanwhile, the most recent bombshell revelation in journalist Bob Woodward’s upcoming book – The Rage – is that the President willfully downplayed the severity of COVID-19 because he did not wish to create panic.

Said Modi: On 24 March, Prime Minister Narendra Modi addressed the nation, announcing a 21-day lockdown, beginning at midnight. The next day, while speaking to residents of his parliamentary constituency via video conferencing, he likened the lockdown to the 18-day war of the Mahabharata, saying that the war against coronavirus would take only three days more i.e. 21 days. Towards the end of June, at a virtual interaction with villagers, Modi lavished praise on Uttar Pradesh chief minister Yogi Adityanath for his competence in containing the virus spread. The PM compared the population of the state to that of four European countries – Spain, Italy, England, and France – saying that only 600 COVID-19-related deaths were recorded in the state, as opposed to the collective death toll of 1, 30,000 in these nations.

The Truth: With 8.14 million cases and 1, 22,000 deaths, India is presently the second most affected country in the world. With cases on the rise even in rural pockets, amidst a full-blown economic crisis foregrounded by waning consumer demand and gargantuan levels of unemployment, this “war” is turning out to be much longer than the Mahabharata one. Sadly, it’s just as destructive.

Only 600 lives claimed? Uttar Pradesh, India’s most populous state, is largely rural where medical infrastructure is at best, ramshackle and at worst, non-existent. Insufficient testing and most deaths not getting logged in the national database due to hospitals not being covered by the Health Ministry’s web portal means that even potential COVID-19 deaths aren’t counted in the COVID death toll.

Besides, cherry-picking data is always as easy as pie. For all the ruling party’s grandiose claims about the vaunted “model” of development in the prime minister’s home state of Gujarat, the state consistently had one of the highest COVID-19 mortality rates in the country.

Said Trump: At a press briefing on 27 July, Donald Trump said, “the recovery has been very strong” with regard to the country’s coronavirus-ravaged economy. Three days later, he again reassured Americans that the comeback “won’t take very long”. In his acceptance speech from the White House grounds on 27 August, the President celebrated the gain of over 9 million jobs in May, June, and July, hailing it as “a record in the history of our country”.

The Truth: Though green shoots of recovery emerged in June, the U.S. economy appears to be flailing again. Small businesses are closing, consumer demand is plummeting, and job growth is slowing. In truth, the Trump administration has never tried resuscitating the economy, except by re-opening it. Due to his insistence, several governors prematurely removed restrictions on social distancing, causing the virus to resurge in these states. With re-imposed coronavirus restrictions compounding people’s economic misery – many of the effective relief measures have already expired – the situation is only set to see a further slide.

As far as creating jobs are concerned, the economy lost nearly 22 million jobs from February to April, before regaining 9 million in May, June, and July. Some of the jobs were added simply because people returned to work following temporary lay-offs. Meanwhile, the economy is continuing to reel under the loss of more than 13 million jobs – the real record in American history. 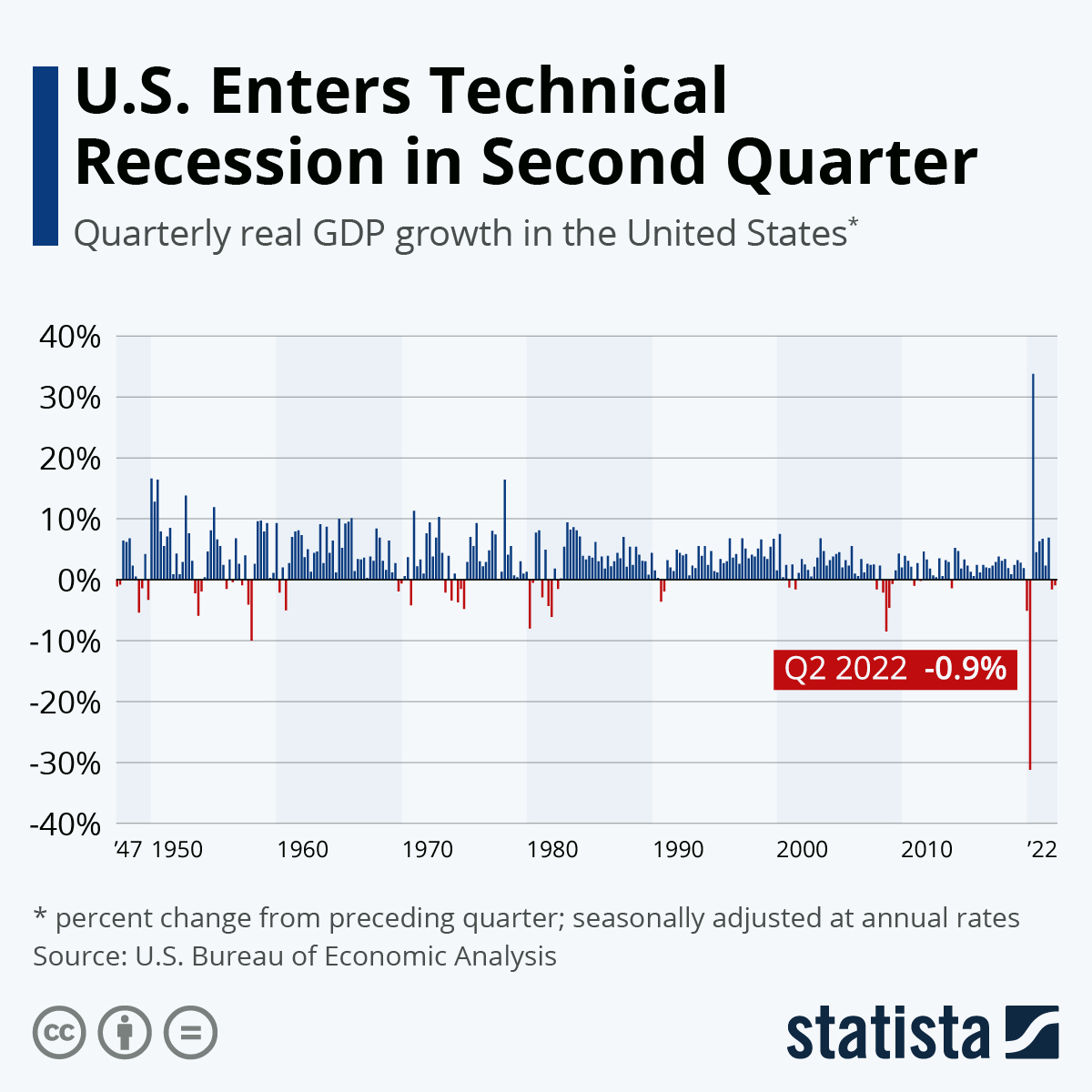 Said Modi: On 12 May, PM Modi addressed the nation, announcing a special economic package for “laborers, farmers, honest tax payers, MSMEs and cottage industry”. He said that the relief package came to about Rs. 20-lakh-crore – nearly 10% of India’s GDP. In keeping with his love for alliterations, he described the package as “20 lakh crore for 2020”.

The Truth: The package was not an actual Rs. 20 lakh crore package. First of all, liquidity announcements already made by the Reserve Bank of India (RBI) accounted for more than 8 lakh crores – nearly half the package amount. The package also included the 1.7 lakh crore package announced in March. The actual cost of direct benefit to the poor was a mere Rs. 3,500 crore in the form of free food grains to migrant workers. Utterly bereft of direct cash transfers and income support – which could have boosted demand by putting money into people’s hands – the package was primarily credit-focused, with very little actual cash outgo by the government. Even in the Rs. 5.4 lakh crore package announced for micro, small & medium enterprises (MSMEs), the cash outlay by the government was estimated at just Rs. 25,000 crores. Most economists, and rating agencies placed the size of the direct fiscal stimulus from the centre between 0.8 to 1.5 per cent of India’s GDP. Meanwhile, throughout the lockdown, labor protection laws were diluted and the framework of environmental impact assessments watered down, setting the stage for further impoverishment of workers, tribal communities, and farmers. 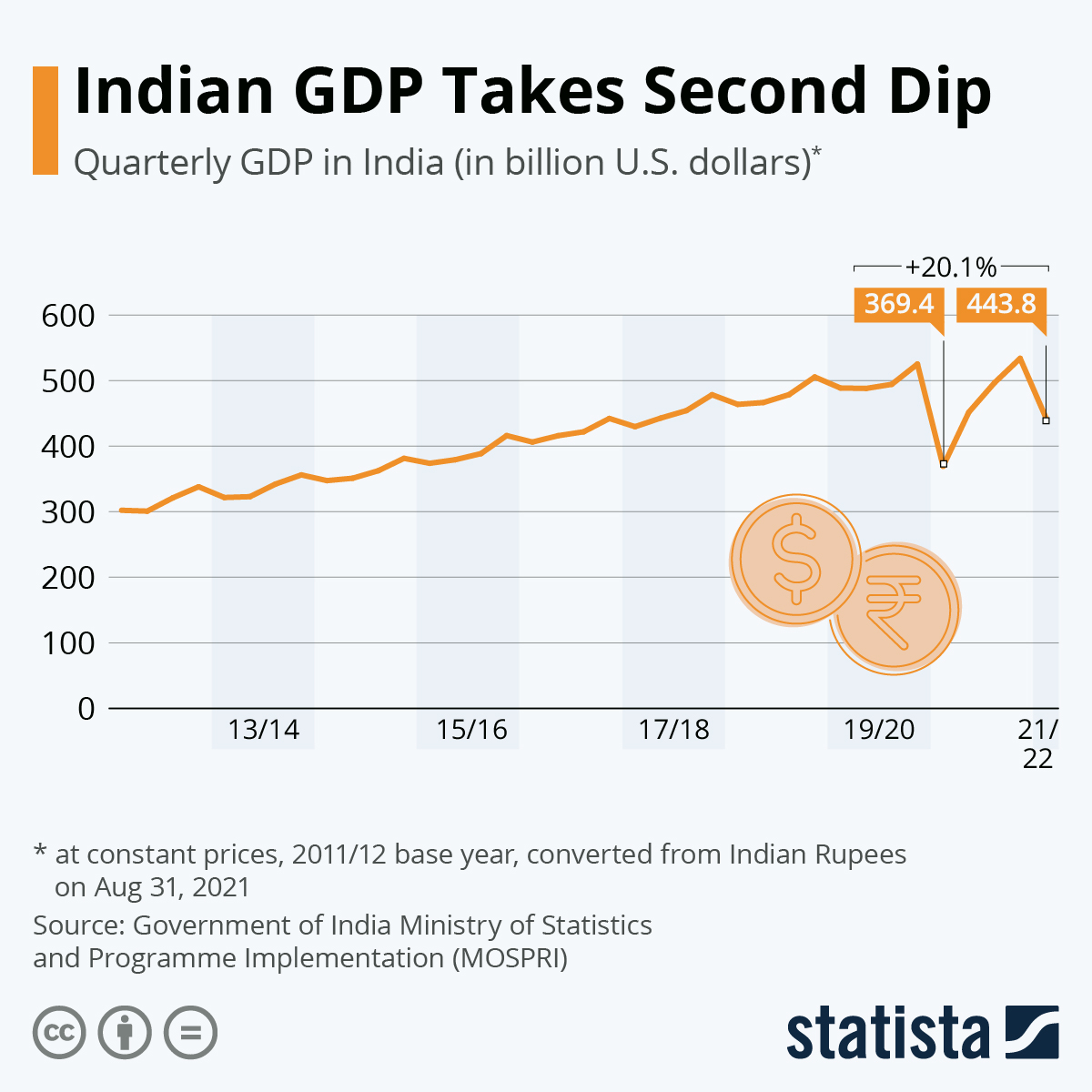 Nothing much, in other words, for “laborers, farmers, honest tax payers, MSMEs and cottage industry” to look forward to.

Said Trump: In an interview with Fox News Channel’s Laura Ingraham, the President pulled no punches in lambasting Black Lives Matter, the group that has been at the forefront of the protests convulsing American cities since the killing of George Floyd. “The first time I ever heard of Black Lives Matter (BLM), I said, ‘That’s a terrible name.’ It’s so discriminatory. It’s bad for Black people. It’s bad for everybody” he said to Ingraham. He had made similar remarks a few days earlier at his acceptance speech at the Republican National Convention, describing BLM protesters as “violent anarchists, agitators, and criminals who threaten our citizens.”

The first time I ever heard of Black Lives Matter (BLM), I said, ‘That’s a terrible name.’ It’s so discriminatory. It’s bad for Black people. It’s bad for everybody.

The Truth: Suggesting that the phrase “Black Lives Matter” is discriminatory was Trump’s way of defaming the organization’s ideology. To say “Black Lives Matter” is not to insinuate that other lives don’t matter, but to assert that historically white lives have seemed to matter more – particularly in the eyes of the police and law enforcement agencies.

Characterizing BLM protesters as violent criminals was Trump’s sly dog-whistle aimed at the white supremacist elements in his base. According to New York Times, the anti-racism protests were the largest in the country’s history, with at least 15 million people participating at the beginning of June – an overwhelming majority of whom were everyday Americans from across racial groups outraged by entrenched racial injustice and police brutality. “Violent anarchists”? According to latest data coming from the Armed Conflict Location and Event Data project (Acled) in partnership with Princeton University’s Bridging Divides Initiative, more than 93% of the BLM protests between late May and August were peaceful.

Said Modi: In his Independence Day speech on 15 August, PM Modi announced that the government would raise the minimum age of marriage for women from 18 to 21, and that a committee had been set up for the purpose. He touted the move as one that would effectively eliminate malnutrition and other health problems in young girls married off at an early age.

The Truth: This is merely another instance of the Modi administration adopting swift and superficial solutions to India’s problems. Somewhat like, demonetization was purportedly designed to get rid of black money – it never did – and scrapping Article 370 was touted as the move that would mean the end of insurgency – it has exacerbated by many accounts. According to child rights activists and experts on gender studies such as Kavita Ratna and Mary E. John, it is poverty that primarily causes young girls to be married off early, which subsequently leads to early pregnancy and malnourishment. But to take comprehensive measures to change patriarchal mindsets, combat poverty, increase access to education, and job opportunities will require a multipronged plan, funds, and action – a far more difficult option than the costless one of tweaking the age of marriage.

The popularity and unquestioning loyalty enjoyed by leaders like Donald Trump and Narendra Modi signals that we are living in a post-truth age. This is an age in which manufactured half-truths sell better than organic truths. In his 1925 book Mein Kampf, Adolf Hitler wrote that lies are more credible than truths because they appeal to people’s emotions, rather than their intellect.

And so we lived absurdly ever after.

Education: Lady Shri Ram College for Women, B.A. (Hons) History, University of Delhi, Masters in Modern Arabic Language & Literature | Nandini Sen is an independent writer specializing in politics & culture. She has worked as a translator and copy editor from 2014-2019, and served as a guest faculty member at the Zabaan School of Languages since 2014. She is currently working as a freelance writer. Interests: Travelling, reading, ruminating

If Trump Refuses To Step Down, Democrats Have Nancy Pelosi On Stand By

Who Is Wall Street Voting For? 5 Sectors Rooting For Biden (& 5 Praying For Trump)