Nearly 55% Indians categorically stated that they were worse off than they were a year ago.

The extent of the economic devastation caused by the COVID-19 pandemic – more accurately, the knee-jerk government response in tackling it, including last year’s surprise national lockdown – is now becoming more and more apparent. From the GDP shrinking by -7.3% in the last fiscal year alone to job losses, growing unemployment and a hit to individual financial standings, the ripple effect of fiscal peril is being felt on multiple fronts. As per the Centre for Monitoring Indian Economy (CMIE), the unemployment rate is in double-figure, and 97% of people reported being poorer than they were a year ago.

Even as many economists and experts are still uncovering the extent of damage caused by the first COVID-19 wave in India, figures on the economic impact of the second wave are also beginning to emerge. According to investment bank Barclays, India lost roughly Rs 60,000 crore – close to $8 billion – every week in May this year. The total loss is likely to amount to Rs 8.5 lakh crore – or $177 billion – which amounts to 3.75% of the GDP.

By May 23, the CMIE had pegged the unemployment rate at 14.73%, reporting more than 17% unemployment in urban areas and 14% in rural. Explaining these figures, CMIE CEO Mahesh Vyas said in an interview that the dramatic fall began in April and May, last year, during the national lockdown, with people employed in the informal or unorganized sector hardest hit. Then, after showing signs of recovery, plateauing and rising again, between May and December 2020, the unemployment rate has maintained a steady upward climb since January this year. And has been only made worse during the second wave.

The CMIE survey also revealed that 97% of the country’s population has been left poorer than it was a year ago. In response to the survey question of their income today as compared to a year back, only 3% of respondents said that their earnings have improved.

Nearly 55% categorically stated that they were worse off than they were a year ago, and the remaining said their financial standing was neither better or worse. Once you factor in the inflation, this amounts to 97% of Indian’s population having become financially less stable. 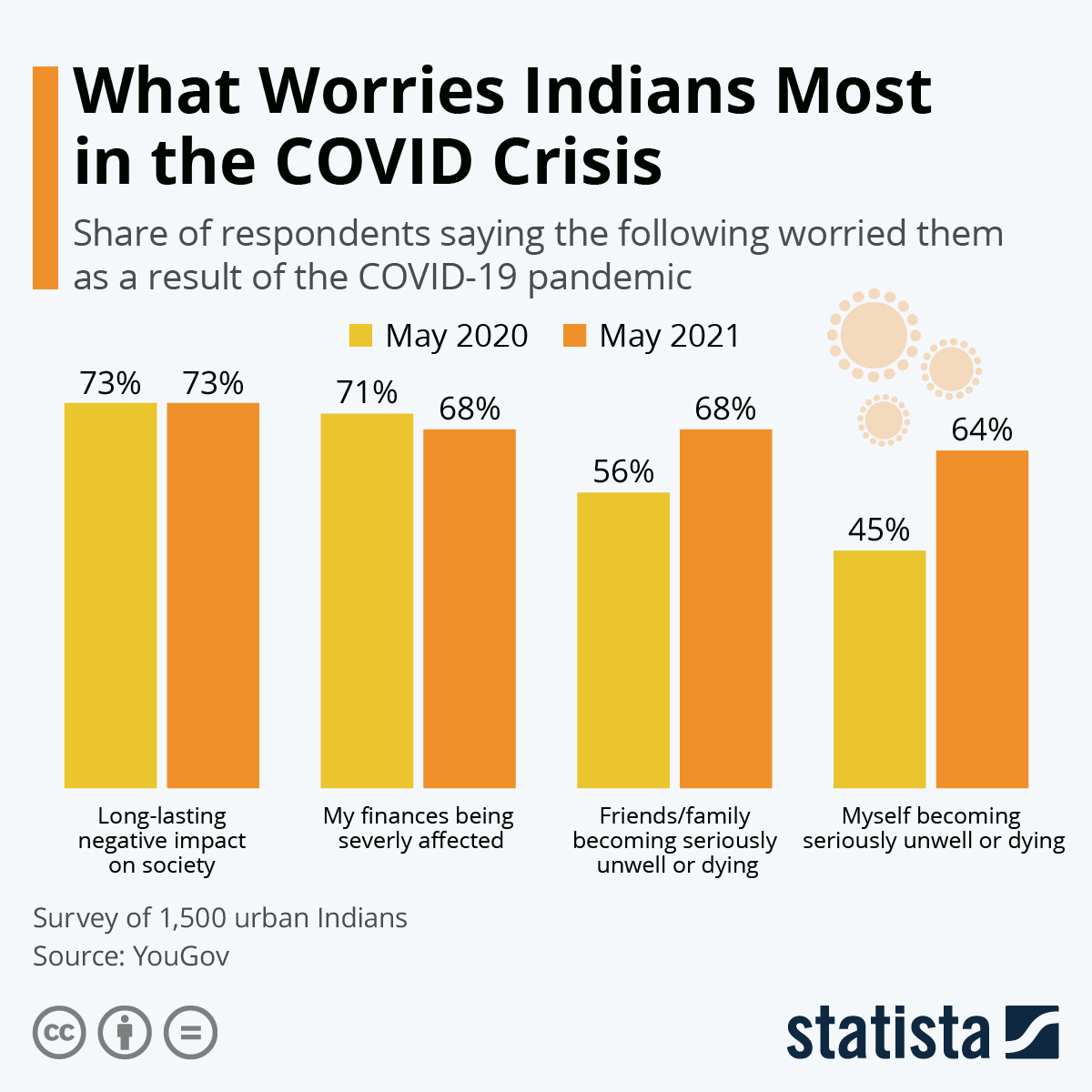 This is being seen as a substantial damaging factor that could also stall India’s economic recovery because a reduced income directly translates to reduced spending capacity.

The CMIE chief also said that India has also witnessed a steady decline in jobs over the past year or so. Before the pandemic hit, around 85 million people in the country had a salaried job. That number has now dropped to 73-74 million, which amounts to job losses for 11-12 million people.

Apart from salaried jobs, India had 403.5 million people earning a living through some or the other form of employment. A majority constituted of daily wage workers working in the unorganized or informal sectors. In April 2020, 126 million jobs were lost, out of which 90 million losses were suffered by daily wagers. According to Vyas, this figure showed some improvement after we reached 400 million jobs by December 2020 or January 2021. However, with the coming of the second wave, this number has slumped to 390 million jobs – a loss of 13.5 million jobs.

Creation of the Gig Economy

Another worrying trend revealed by a research team from Azim Premji University working with CMIE’s data revealed that a section of people who lost their jobs last year have regained work opportunities but not in the same capacity. A significant number of people have regained employment through informal jobs, giving rise to a gig economy.

Vyas warns that this increase in informality is not a good sign, as people earning on a day-to-day, gig-to-gig basis are deprived of financial security that comes in the form of savings and retirement benefits. It also compromises the chances of steady employment.

This rise in the gig economy, which is being assisted by the law, makes people more financially vulnerable and unstable in the long run. It means fewer people would have the means and resources to save for a rainy day or plan for a comfortable retirement.

In this scenario, the corporates have no reason to shake things up, smaller enterprises may not have the means to do it, and the household income is, as it is, shrinking. If this pattern has to change and the process of healing the economy has to begin, the government ought to take concrete measures. As long as the government remains reluctant, we could be in serious trouble.

America Has A Lot To Fear Trump