The China Question: Why It Matters More Than ‘Trump vs Biden’

An acrimonious Presidential campaign in the US is entering its last leg. But irrespective of whether President Donald Trump of former Vice President Joe Biden wins the election, the question of what to do with China will entail making difficult choices.

Is China an enemy to be fought or should the US step back and hand it the baton as the next pre-eminent superpower of the world?

Nation-states have been a defining feature of our modern world. Most of us readily use signifiers of national affiliations American, Chinese, Indian etc. to better understand the world and our place in it. The end of European empires and the tremendous increase in prosperity since WWII created a world in which these adjectives allow us to aggregate people, overlooking ancient linguistic, racial and tribal affiliations. Many millions, of course, continued to struggle with the problems that intra-country frictions create. But the reality of these struggles did little to hamper efforts to create a more integrated global world with a uniform rule of law. The people of the 21st century, it was thought, were at the arrowhead of a linear history that had led us from small tribes to empires to nations and now the only way forward was to forge a global civilization.

However, in a world ravaged by the Coronavirus pandemic, this vision and the institutions that it fostered is unravelling. In large part, the recent events are a reflection of the contradictions that arise when institutional structures are not aligned with the self-interest of individuals and communities. The exact manifestations of these contradictions are too numerous to cover in this article. Therefore, I’ve focused specifically on the rapid rise of Xi Jinping‘s China and how it has upended the false premise of cooperation and cooperative partners as the basis for international and domestic relations.

Watch: How China became a Superpower

In the world of the brilliant satirical movie from 2009, the invention of lying, no one ever lies. As people cannot lie, they all play by the same rules, disclosing their intentions and outcomes at every stage. Until of course, the lead character, essayed by famous comic Ricky Gervais, invents lying and proceeds to use this new invention for his benefit at the expense of others. This is possibly the simplest exposition of the fundamental conflict between cooperation and competition. But regardless of the conflict, in the most successful societies, the two coexist. To ensure that everyone is better off, the instinct to do better still has to be tamed. But the later is a powerful motivator, and it does not help to assume it away.

But regardless of the conflict between cooperation and competition, in the most successful societies, the two coexist.

But that is exactly what was done when admitting China into the rules-based world order. Special exceptions were made on the assumption that increasing material prosperity will ensure that it converges towards the less competitive more cooperative world order that the US and Europe had built in the post-war world. No wars would be necessary to counter China, not even a cold one. Even as it became increasingly evident that despite unprecedented growth, the Chinese state was not loosening its iron grip. They never opened themselves up to scrutiny by outsiders, in fact, they actively ensured that the rest of the world could not intervene in their internal affairs. While other developing countries struggled with having to compete with the ruthless efficiency of China in the marketplace, while at least trying to adhere to the rules of cooperative play. 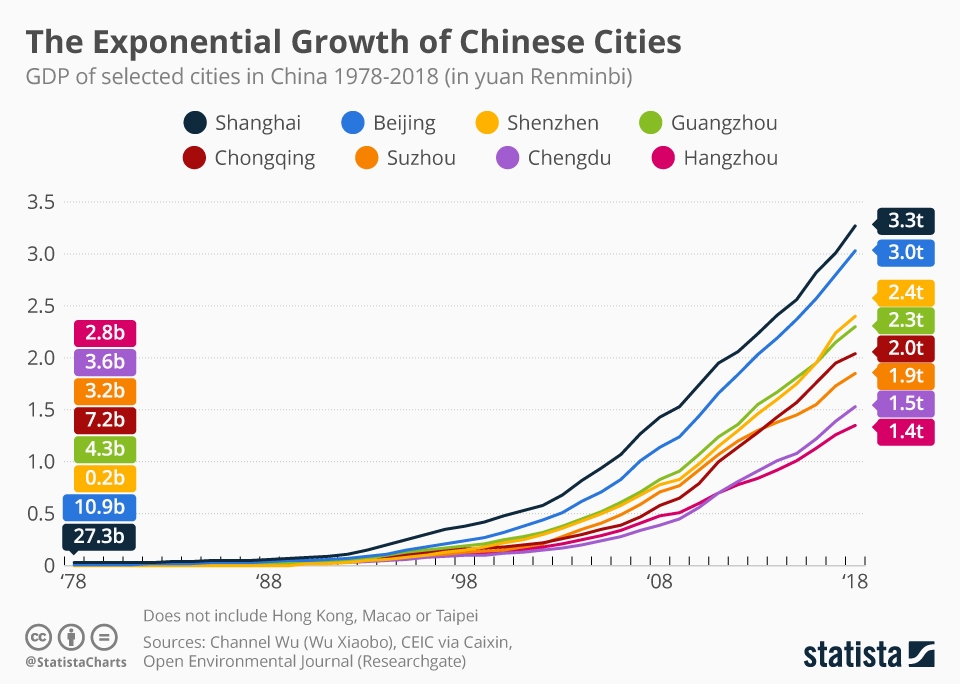 The US had successfully helped resurrect Western Europe and Japan in the aftermath of WWII. The result was perhaps one of the most prolonged periods of secular improvement in human life ever recorded. More importantly, there have been few signs of any conflict brewing among them. So why would China be any different? In part, the overwhelming threat of the USSR ensured that cooperation was more fruitful. The active presence of US forces and advisors in almost all of these countries also ensured that they could not have lied their way to gains at the expense of others. But possibly, with the benefit of hindsight, it is also possible to state that all of them were just too small to compete with the US even in the long run.

China’s growth and great achievements have come at a cost to the developed world.

As Japan became rich and Toyota developed better cars, everyone including Americans benefitted. But China’s growth and great achievements have come at a cost to the developed world. Trade economists keep telling us that free trade is a win-win and they are right to the extent that the world has gotten rich along with China. But while rich countries have gotten richer, not all of their citizens have done as well. This is particularly true of the working-class whose jobs were shipped overseas. The average Chinese worker is much less productive than the average American worker, but there are five times as many Chinese and they can potentially displace much of the American workforce except those at the very top of the skill pyramid. 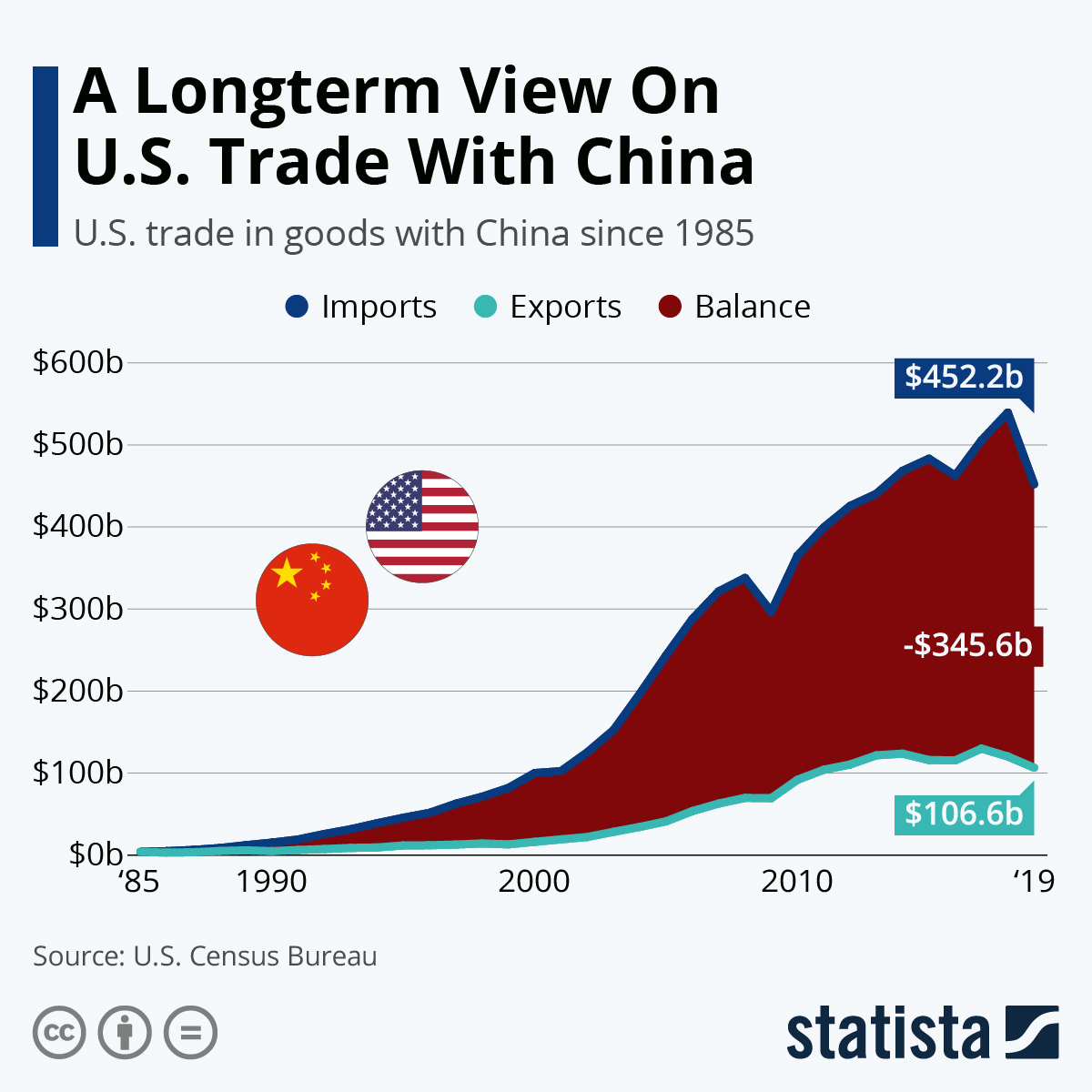 This hollowing out of the economy has fueled much of the political tumult that we see in the US (and parts of Europe) today. It is not that many of the disaffected have been impoverished. They are still much better off than millions in poor countries. But people rarely like to lose things they already had. The result has been intra-country polarization, bordering on a conflict between the people that have done well and those who have been left behind. Once the fire was lit, the old intra-country fissures have very quickly turned it into a wildfire. The US today under President Donald Trump is a first world country that is facing the same problem the developing world has been struggling with for years.

There are five times as many Chinese and they can potentially displace much of the American workforce except those at the very top of the skill pyramid.

The Arc of History

Modern China sees itself as the inheritor of an ancient civilization with an illustrious history that suffered great humiliations in the last couple of centuries. In the past, they suffered at the hands of European colonialists due to their internal weaknesses. They were still one of the richest countries in the world, but they had closed themselves off to the rest of the world and in doing so partly enabled western merchants to monopolize Asian trade. When these state-backed trading companies finally made it to their shores, they did not have the technology, institutions or governmental control required to fight back.

The US is still one of the richest countries in the world. It partly enabled China to grow the way that it has in the last few decades. China for its part made the best use of the opportunity, just like the European merchants made the best use of their chance. The intra-country linguistic, racial and tribal conflicts that the West thought it had it outgrown, are back with a vengeance. China, on the other hand, has kept its house in order with a strong central government ironing out any internal dissent that could destabilize the state.

It is increasingly obvious that we are not traversing a linear path from violent tribal history to cooperative and benevolent world order. It is equally obvious that those at the vanguard of such a new order failed to pay heed to the murmurs of discontent from their own, let alone keep tabs on China. It is possible that the enormous resources that the US has, made it difficult to imagine a world where they will have to fight for something. A case of a great boxer forgetting that others are vying for the number 1 position? Maybe this is the way the things are supposed to be. Even the greatest of fighters eventually get tired of the fight, loose their edge and end up facilitating the rise of a new generation. As a new American president enters the fray, the rest of the world will wait with bated breath. Will the arc of history start circling around or does America have the stomach for a fight?

Those at the vanguard of such a new order failed to pay heed to the murmurs of discontent from their own, let alone keep tabs on China.

When Trump Claims The Election Will Be Rigged, He Points At Republicans

What You Should Know About Biden's Plan For America's Middle Class